It hasn’t escaped our notice that Justin Bieber has been going a little cray-cray as of late and causing all kinds of ruckus. We started getting concerned when he abandoned that monkey at the airport, and now what with the graffiti, the bed antics caught on video and the brothel visiting, it's apparent that ex-girlfriend Selena Gomez has noticed as well…and she's not happy about it.

Selena Gomez has reportedly slammed Justin Bieber’s new behaviour, which has gone from bad to worse during the Canadian superstar's world tour.

The 19-year-old singer’s lifestyle has become increasingly more questionable as of late as it is has been reported that Justin has arrived at concerts extremely late, walked off stage, visited a couple of brothels and drawn graffiti on a hotel wall.

​His most recent controversy was his “wild” party that he threw in LA last weekend, as Justin told TMZ that it was one hell of a night, saying: "You shouldn’t have missed the party. It was wild, it was wild. It was Great Gatsby s**t.”

Wha-Justin! We didn’t know you could read!

Apparently the police made three visits throughout the night, following noise complaints from the neighbours, one being at 5.30am!

No doubt the 21-year-old Selena was less than impressed by her lack of invite to the party, and is reportedly disgusted by Justin’s antics.

An insider told Hollywoodlife: “[Selena] just hates the guy Justin has become. He is trying to be super cool to his friends and has gone into a tailspin that Selena hates to see. But her overall thoughts are, that’s what he gets for messing up what he had with her."

“Selena is disgusted with the way Justin has been acting – or rather, acting out! She thinks Justin is a time bomb waiting to explode.”

Apparently the Come & Get It singer is intensely relieved that she’s not going to be there when the bomb goes off either, as another source said: “She saw it coming and is relieved that she’s out of the relationship, but also she’s very sad for him. Very sad."

"​Selena thinks Justin has just spiralled out of control and so has his ego. This is no longer just about teenager experimenting with life.”

In the words of Selena’s best friend, Taylor Swift, it doesn’t look like the two of them are Ever Ever Getting Back Together then!

Do you think Justin’s gone out of control? Tweet us @Sofeminineuk 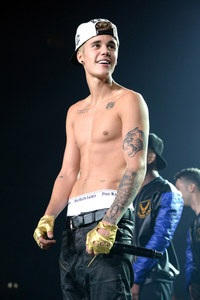