by Pascale Day Published on 7 September 2016 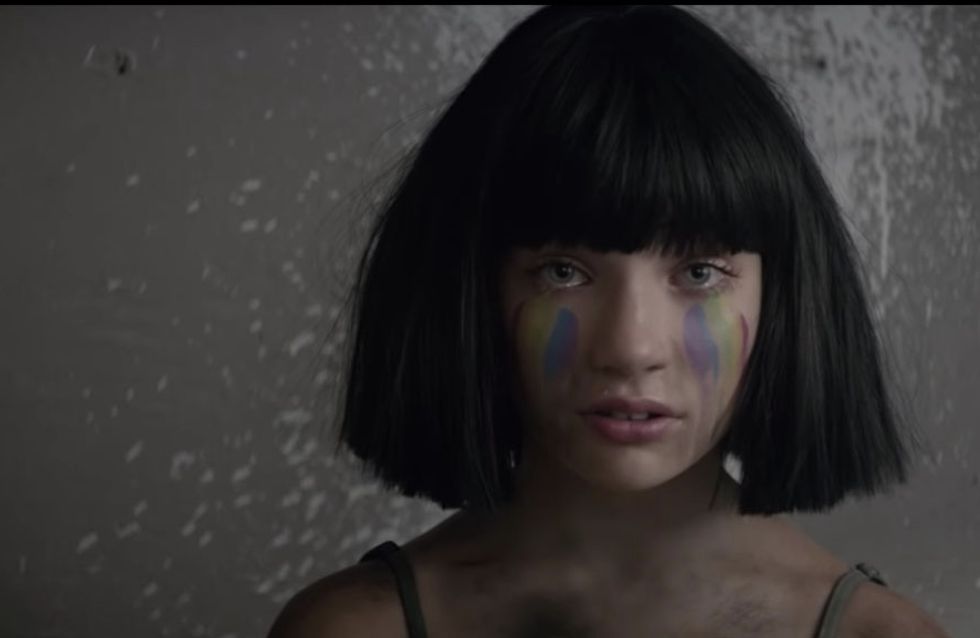 Sia's new video may stick to the same formula that it has done for the past two years: Maddie Ziegler dancing manically to Ryan Heffington choreography, Sia's vocals both strong and breaking at the same time. But with her latest single, there's more that meets the eye.

Maddie Ziegler isn't alone in the new video for 'The Greatest'. Sia's 13-year-old child prodigy is joined by 49 other young dancers, all dancing to the track with raw emotion. The number 49 is significant in this case; as a tribute to the 49 victims that were killed by Omar Mateen in Orlando gay club Pulse in June 2016.

Before the video - which was released on Monday - starts, the hashtag '#WeAreYourChildren' flashes on the screen. The scene opens with Ziegler, alone, smudging colours down her cheeks that look like rainbows. What follow is the escape of the 49 children, led by Ziegler, and a dance sequence around an abandoned house that sees the kids go from panicked to sad to silly and back again, before they all fall, exhausted, and find themselves behind bars once again.

Dancer Matt Moseley, who was featured in the video, posted to his Instagram on Tuesday "Humbled to be a part of this video. Thank you @siathisisacting. 49 beautiful lives lost. This is for you. #WeAreYourChildren", whilst fellow featured dancer Larsen Thompson posted "It's here "The Greatest" @siathisisacting @maddieziegler Blessed to part of this amazing message #wearethechildren."

Watch the powerful video for Sia's "The Greatest" below:

What do you make of the video? Let us know: @sofeminineUK

NEWSFLASH: Rebecca Black Is BACK, And She Actually Sounds Pretty Good

​​15 Weird And Wonderful Things You Never Knew About Sia