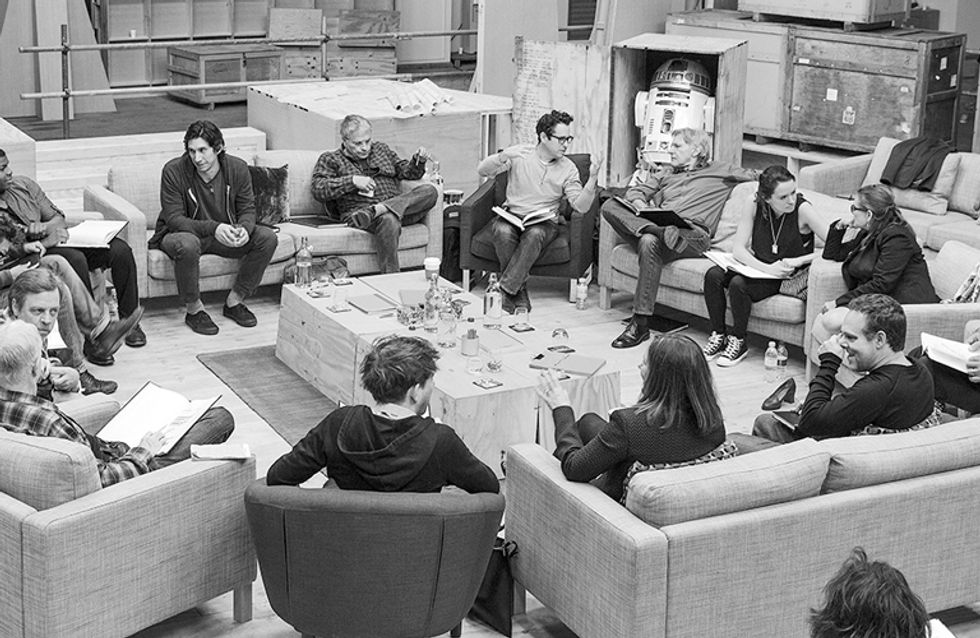 Star Wars Episode: VII finally has a subtitle – The Force Awakens. Since the new movie is meant to be a continuation of the original three movies (AKA, forgetting that the prequels ever happened), it sounds about right to ‘awaken’ a story that finished over thirty years ago, but this hasn’t stopped the Twittersphere from taking the p*ss…

Here are our favourite reactions to the new Star Wars news…

Jokes were made about the original cast ages

The new Star Wars film "The Force Awakens" was named after Mark Hamill & Harrison Ford's ability to fall asleep during every scene.

Other titles were suggested

Star Wars: My God, It's Full Of Star Wars #BetterStarWarsTitles

A LOT of people made sleep jokes

The Force Awakens. But his wife is still sleeping so he just checks his twitter, then Instagram, and then maybe Gawk-- okay, she's up.

The force awakens.... Feels really hungover and goes back to sleep. #StarWars

Much like the Force will do in 2015, I have awakened, very excited that as from yesterday, there is a new Star Wars film in the can.

ME: I made a tweet about The Force Awakens as if the Force was actually a guy getting out of bed PAROLE OFFICER: Why are you telling me this

Star Wars: The Force Takes The Walk Of Shame.

Other people were pretty sick of it

All the *hilarious* comments about 'The Force Awakens' make me want to learn how to choke people with my mind.

The prequels were an easy target

The Force Awakens. Did it fall asleep watching the Prequels?

The Force awakens, catches up on the prequels, runs back to bed mortified.

There were plenty of penis jokes

I'm sorry but "the force awakens" just sounds to me like what a nerd would say when he gets an erection. Have a nice day!

'The Force Awakens' is basically how I describe my morning erection.

Others guessed that the next episodes would be called

Star Wars Episode VII: How The Force Got Its Groove Back

What do you think about the title? Tweet us @sofeminineUK!