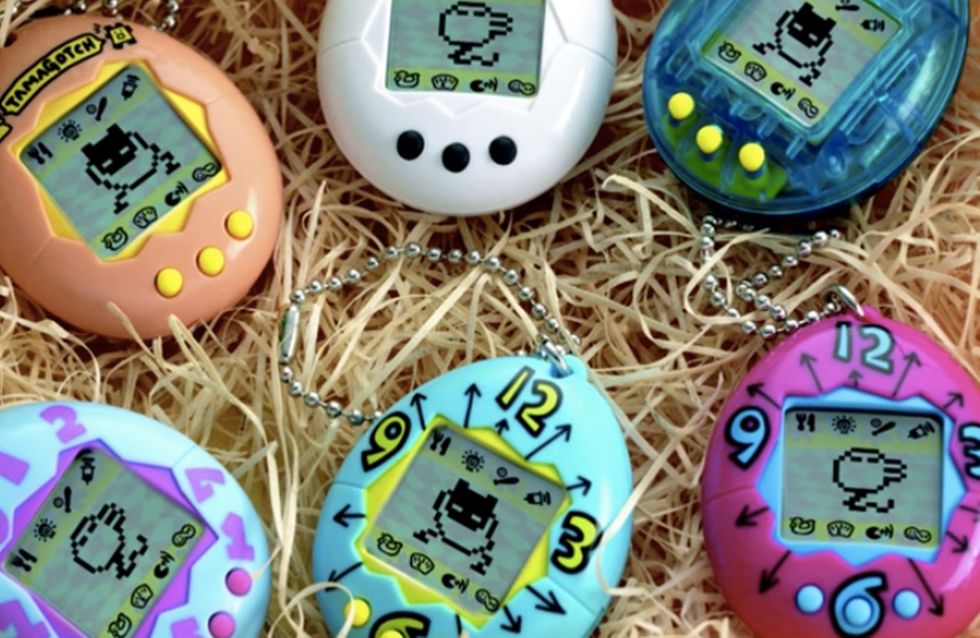 Remember those things you had to feed on demand for fun or they, well, died on you? They're making a comeback and we're already thinking about all the ways they're going to get us out of doing actual work. Procrastination just got its very own digital pet and we couldn't be happier about it.

To celebrate the 20th anniversary of the Tamagotchi, Japanese toymaker Bandai have re-released our favourite childhood game. That's right, the egg shaped pet is making its way back into our lives and no matter how hard we try, we can't stay cool about it.

If you can't quite remember what you do with a Tamagotchi, allow us to refresh your memory. It beeps whenever it needs something from you. That means when it's hungry it beeps and when it needs its poop clearing up, it also beeps. Care for it properly and you fill its tiny heart with happiness but if you don't, it gets sick and... the unthinkable happens. So essentially, it's like the simplest way of training you up for parenthood, which we've never really thought about until now.

The only difference between the new 21st century version and the OG Tamagotchi, is that this one's a bit smaller, half the size in fact. But don't let that fool you into thinking you have to do half the work. Those things still bleep just as loud.

As with all good news, there's also some bad news. At the moment, they're only being sold in Japan but if they're anywhere near as popular as they were first time round, something tells us they'll be making their way over to UK shores in no time. And we'll be ready and waiting with our best button-pressing, pet-feeding finger, after all we've had years of practise.

Are you excite for the Tamagotchi comeback? Tweet us @sofeminineUK!

The Good, The Bad, The Ugly: Why Were We So Obsessed With These 90s Trends?

Get All The 90s Choker Inspo You'll Ever Need Right Here