You know when you're having a really crappy day and no matter how much your girlfriends try to tell you to chin up nothing seems to be working? Well the only thing that helps in a situation like this is pictures of puppies, kittens and cute furry creatures you didn't even know existed. So here are 10 Instagram accounts you NEED to follow to squash those afternoon blues. Prepare for cuteness overload.

Okay so I don't give them points for creativity in terms of their name, but they are THE place to go if you need to look at baby fluffy animals doing something funny i.e. wearing a flower crown. Just look at that kitten, I suddenly feel the urge to go give somebody a big hug.

What's better than one cute animal? TWO cute animals who live together in Japan and balance stuff like sugar cookies on their noses. This dog and cat are BFF and have a longer attention span than most men and can rock a pose better than Karlie Kloss.

A photo posted by Black Jaguar-White Tiger (@blackjaguarwhitetiger) on Jan 23, 2015 at 1:16pm PST

Remember when you were growing up and wanted to be Jasmine from Aladdin? Well, this guy has taken it to a whole new level and adopted a bazillion jaguars and tigers that need rescuing from the horrid places. What can solve your afternoon blues? A white tiger club wrestling with a baby jaguar. TRUST ME.

You may have never heard of Dan Bilzerian, the professional poker player whose douche level is off the charts. BUT, he has the most precious little Persian feline named Smushball. And Smushball has a well earned solo Instagram with his own captions. He's ALL about the sass and rocking the lion cut. He also gets more tail (pun intended) than most twenty-something guys I know.

What would you name him?

Daily doses of puppy pictures?! If this Insta account doesn't make you immediately want to adopt that Corgi and French Bulldog you've been dreaming of then nothing will. Sometimes they even throw in pictures of hot guys holding the puppies. And I'm dead.

Fun fact: Paris and Nicky Hilton have a baby brother named Barron and he has a precious pug Nobu, named after that really fancy sushi restaurant. Nobu enjoys dressing up during the holidays, fine dining and reminding us that even as a dog, he is still way richer than us. We aren't even jealous though because he's so damn cute.

My mommy loves me!

In continuing with the Hilton family theme, meet one of the cutest little poms you've ever seen. So she might look a little pissed in this picture, but Princess Paris Jr. is one very cute, very genetically modified teacup puppy. Like Nobu, Princess Paris Jr. lifestyle is way fancier and nicer than yours and she also has about 100x as many Instagram followers. I am debating throwing on a pair of bunny ears and straight up asking one of the Hiltons to adopt me.

Given that her mom, Cara Delevingne, is the QUEEN of Instagram, it only makes sense that Cecil would have some serious Instagram game herself. Much like her supermodel mother, Cecil enjoys all the perks of being part of a famous family, including, but not limited to: pooping in Mulberry bags, sitting front row at the Chanel show and being BFF with Rita Ora. My insane jealousy of this rabbit is alarming.

If you've never heard of Boo the dog and his sidekick, then you obviously must hate dogs, because this is the cutest effing dog in the world. Boo is a Pomeranian and a millionaire, literally. He is the Official Pet Liaison for Virgin America (no idea what that job entails, but I would love to have it) and is basically the most famous dog in the world.

Since you've met the most famous dog in the world, meet the most famous cat in the world: Grumpy Cat. Grumpy Cat is a Himalayan whose unique grumpy look is due to an underbite and feline dwarfism according to his Wikipedia page. Much like Boo, he is a millionaire many times over and even has his own Christmas movie. He's also the face of Friskies and is the most sarcastic cat in the world. I'm still processing the fact that this cat has a full Wikipedia page and has never actually spoken a word in his life. Truly the American dream.

Do you think these animals are as cute as we do? Tweet at us @sofeminineUK!

Check out these cute critters too: 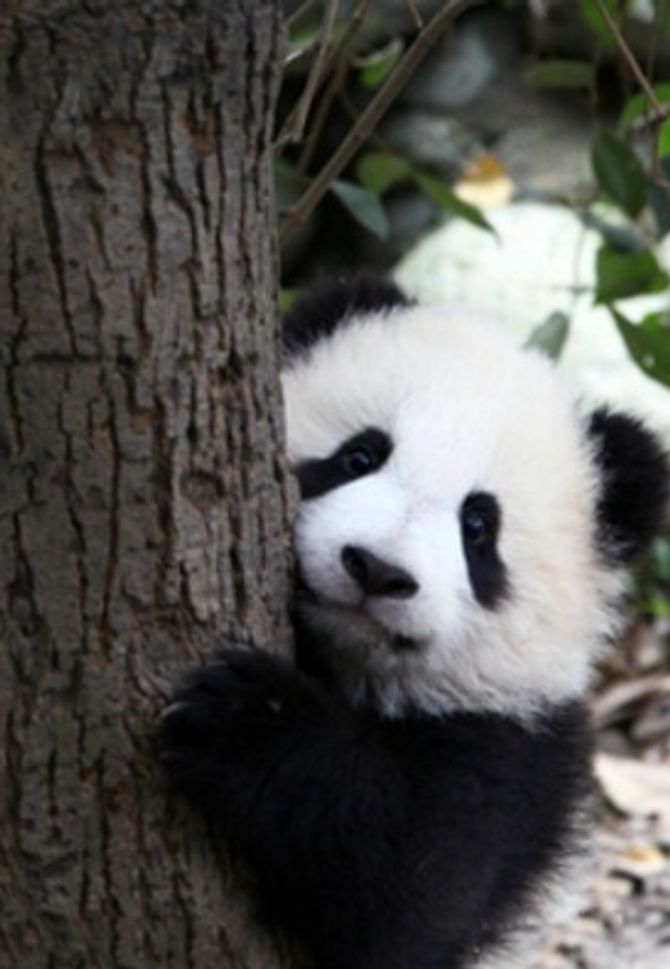 20 Ways Being A Grown Up Kinda Sucks