The Definitive Guide To Taylor Swift And Calvin Harris’s Relationship 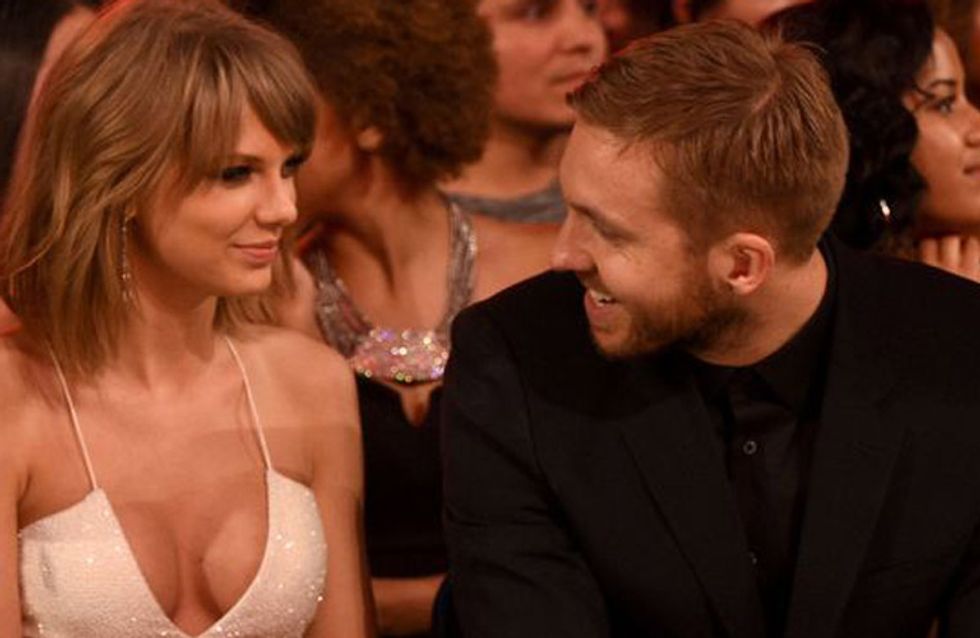 Taylor Swift and Calvin Harris are officially a couple, and it's everything we could have dreamed of and more in terms of #relationshipgoals. Honestly, we think our new couple crush is here to stay (sorry Andrew Garfield and Emma Stone). So let's take a look back at the blossoming relationship of TSwizzle and Calvin, you know, for science.

Photo taken by a potato but still, those beautiful blonde heads are recognisable anywhere.

Then Calvin Harris shared a picture of Taylor's cats, Olivia and Meredith

This was way back in April, but the pictures of Taylor's two cats were instantly recognisable - they are already more famous than we will ever be. So what was he doing hanging around with Tay's feline friends? The plot thickens...

Then we saw her loving life at one of his concerts

Why so happy and full of life Taylor? Could it be because you're in LURVE?

The big question being: were the matching outfits intentional? We really hope so.

The cat’s out of the bag!

Last night was a wild ride

They literally became the cutest couple EVER

And let's not forget hysterically laughing in kitchens

Would we were friends with Calvin and Taylor and were allowed to be in this kitchen.

There's not a picture that could fit in everyone that I appreciate, but this post is dedicated to all the friends that light up my life- you know who you are. I'm the luckiiesssttttt ❤️ #nationalbestfriendsday

Are you more invested in this pair than you care to admit? Tweet us your thoughts @sofeminineUK!