Home / Entertainment / News celebrities / What Colour Do You See? Why The Internet Is Freaking Out Over This Dress

What Colour Do You See? Why The Internet Is Freaking Out Over This Dress

by Emmy Griffiths Published on 27 February 2015 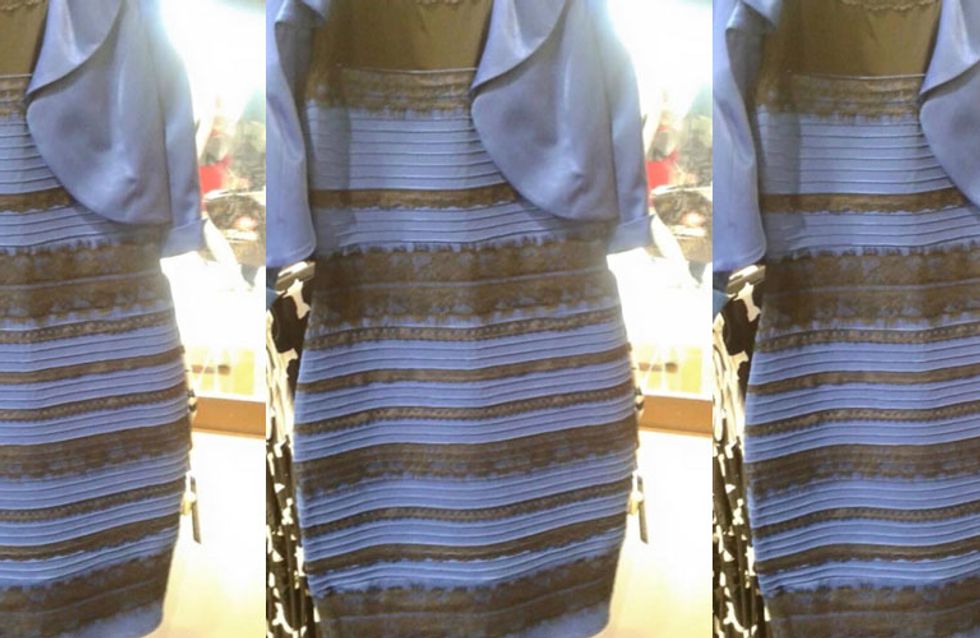 After a Tumblr user uploaded a photo of a seemingly simple dress asking what colour it is, the world wide web was divided. Whilst some saw white and gold, others saw blue and black, and it's fair to say people are freaking OUT. Internet, you okay?

Here's the original post of the dress in all of it's confusing glory:

People started freaking out when a colour couldn't be agreed upon

When I come on Twitter to see the whole world has gone colour blind & don't know the colour of a dress #whiteandgold pic.twitter.com/CDuqebx3Pr

The office, like Twitter, is divided. I see #whiteandgold and now I don't know what to believe about anything anymore.

I think that 100,000s of these people saying they see #whiteandgold are part of some MASSIVE prank, to make everyone else doubt themselves 😂

Celebrities got involved, and were furious

I don't understand this odd dress debate and I feel like it's a trick somehow. I'm confused and scared. PS it's OBVIOUSLY BLUE AND BLACK

From this day on, the world will be divided into two people. Blue & black, or white & gold. http://t.co/xJeR7GldwP pic.twitter.com/i6BwVzPzSZ

I'm Seeing Blue And Black, As Of Now

I think I'm getting so mad about the dress because it's an assault on what I believe is objective truth.

Is it even a dress? #blessed #alexfromtarget

The dress is half full.

Fuck the dress it's heinous

What colour do you see? Join the debate and tweet us @sofeminineUK!

This was written by Emmy Griffiths, who sees white and gold. Tweet her @emmyfg!