The ULTIMATE Game Of Thrones Recap Before Season Six Drops 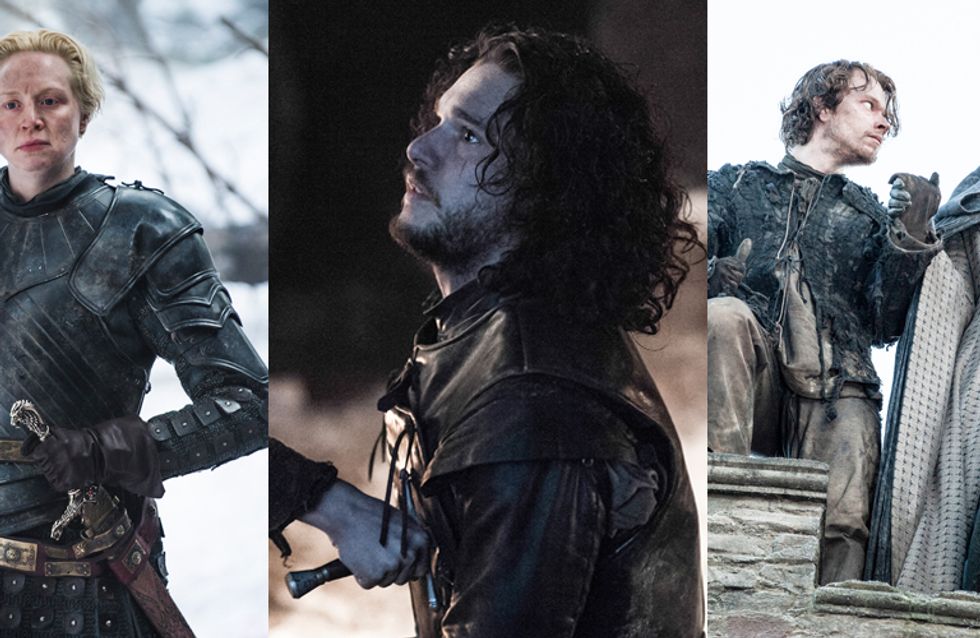 A year is a long time, and as much as you might love Game of Thrones like your own child (that you will never have because you're too busy watching Game of Thrones to leave the house and meet someone), chances are that you may have forgotten some of the events of season five. So grab every chicken in your tavern and settle in for the ultimate recap before we all watch Jon Snow be resurrected in season six...

Game Of Thrones: the nutshell edition

A bunch of different people all scheme, wage wars and murder for the chance to sit on the Iron Throne. So far this cheeky game has stolen many-a-favourite character from us, with season five being especially bloody and ending on one of the most shocking deaths the series has ever seen. So shocking in fact, that most people point blank refuse to believe he is dead. Since the TV show has caught up with the books at the end of season five, no one knows what'll happen next which is why Game of Thrones fans are as desperate for season six as Reek is for a hot bath.

Now for some of the more grisly details about where we last left Westeros...

Bran Stark, Hodor and Meera Reed were absent from season five after reaching the mysterious Three-Eyed Raven in the season four finale. The Three-Eyed Raven promised to teach Bran "to fly", but the showrunners didn't show Bran's training as apparently it'd be even duller than his storyline usually is.

During his absence on the show, Bran has gone from a sweet summer child to a fully grown university graduate and father-of-three (we kid, but he does look waaay older), so suspend your disbelief when you consider only a couple of years have been to have passed since season one.

After being made Lord Commander and making a peace treaty with the Wildlings, letting them inside of Castle Black's walls, Jon Snow made many enemies out of his fellow Crows. Since the Night's Watch and the Wildlings have had a feud going back hundreds of years, many considered Jon to be a traitor, not really considering the fact that Jon is trying to save them all from becoming a mass undead army that will almost certainly destroy the world.

With his ally Samwell Tarly headed to Old Town with Gilly and her baby to become a Maester, and his direwolf Ghost absent, Jon is lured outside and stabbed to death by a bunch of treacherous douches including his squire Olly, little sh*t that he is.

Meanwhile, The Red Priestess Melisandre returns to Castle Black after abandoned Stannis in his time of need and burning his daughter alive (oh Melisandre, you're a cheeky one!), and is confronted by Ser Davos who learns that Princess Shireen is dead.

Sansa and Reek/Theon escaped Winterfell after being mentally and physically tortured by Ramsay Bolton, who holds Winterfell with his father, Roose. After Theon kills Ramsay's equally psychotic girlfriend Myranda in their escape, chances are Ramsay will do whatever it takes to get Sansa and his favourite pet Reek back.

Brienne unwittingly abandoned Sansa in her moment of need by going to avenge Renly's death by killing Stannis Baratheon, thereby ending the Baratheon line of succession and wiping out that family of the game of thrones.

At the end of season five, sh*t had hit the fan in King's Landing, and all because of Cersei Lannister's actions backfiring horribly. Allowing the religious order The Faith to become militarised, Cersei is unwittingly arrested for her own indiscretions (namely, shagging her cousin Lancel who is now a member of the Faith Militant.) She is released to await trial, but only after she walks through the streets on a naked 'shame' walk. Margaery and Loras Tyrell are also both arrested and still in captivity.

Meanwhile, Cersei's remaining ally Qyburn has finally resurrected The Mountain into a Frankenstein's monster-type creation. Littlefinger has promised to kill Sansa and the Boltons in the North using the Knights of the Vale in exchange for being named Warden of the North, to which Cersei agrees.

Finally, Jaime Lannister ends season five returning to King's Landing with a dead daughter and Bronn after failing HORRIBLY in Dorne, which fingers crossed we don't go back to this season for the love of the Old Gods and the New.

After ignoring orders to assasinate a certain target, and instead choosing to murder Ser Meryn Trant and therefore cross him off her famous kill list, Arya Stark ends season five panicking as she is turned blind by her trainer at The House of Black and White.

Daenerys Targaryen escaped the Sons of the Harpy at the Fighting Pits on the back of her dragon, Drogon. While Drogon is recovering, Dany ends season five surrounded by a Dothraki hoard, while Tyrion Lannister, Vary, Jorah, Missandei, Grey Worm and Daario Naharis are left behind not quite knowing what to do without their Queen. While Daario and Jorah decide to look for her, it is agreed that Tyrion and Varys should rule in her place.

Now you're all caught up, are you ready for season six? Watch the trailer below and tweet us your predictions @sofeminineUK!

Did The Game Of Thrones Season Six Trailer Confirm R+L=J?