Did The Game Of Thrones Season Six Trailer Confirm R+L=J? 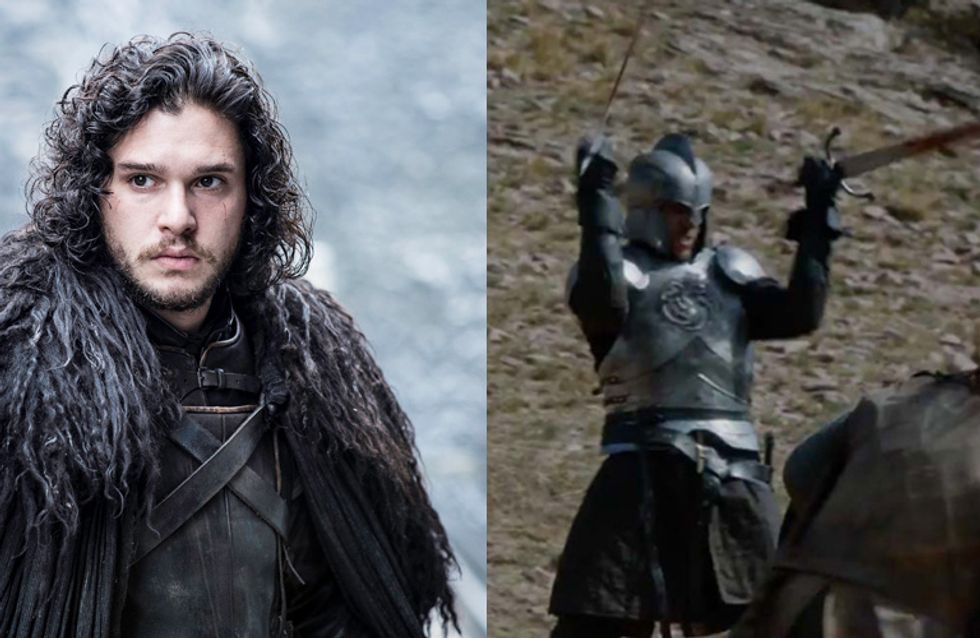 Before you read any further, this article contains theoretical and actual spoilers, you have been warned! The trailer for Game of Thrones season six is finally here, but did it accidentally give away more information than it should have? Here's why we think the trailer just confirmed the R+L=J theory...

'R+L=J' has been a long accepted theory by A Song of Ice and Fire readers. If you haven't read up on it yet, the theory is that Jon Snow isn't Ned Stark's bastard son, but is actually the true born son of Lyanna Stark and Rhaegar Targaryen. This not only legitimises him, but also making him the true Heir to the Iron Throne (his claim is even stronger than Daenerys). You can read about the theory in greater detail here.

Since the idea is that his death would end his pledge to the Night's Watch, a resurrected Jon Snow could go forward to claim the Iron Throne as his own. So how did the trailer confirm that this could be the case?

Part of the theory is that during Robert's Rebellion, Ned Stark and a few other soldiers (including Jojen and Meera's father, Howland Reed), go to The Tower of Joy to save Ned's sister Lyanna, who it is widely believed has been kidnapped by Rhaegar Targaryen. Ned finds her in a "bed of blood", and she says "promise me Ned", but we don't know why. The theory is that Rhaegar didn't kidnap Lyanna but was actually in love with and married her, and she is in a bed of blood as she has just given birth to baby Jon.

The moment in the trailer seems to show Starks running up to fight Targaryens, which could be a younger Ned attacking the Tower of Joy. To make this all the more convincing, a new filming location for season six looks very Tower of Joy-esque.

To add to the idea that Jon's heritage is essential for the show, eagle eyed viewers also spotted a soldier in Stark gear who has the coifed curls and general throwing himself into battle attitude as Jon Snow. If this is the case, it confirms that Jon is back and fighting as a Stark.

What do you think?

Watch the trailer and spot the moments for yourself!