All three of The Wanted’s fans – we kid! - will be devastated to hear that The Wanted have announced that they will be splitting up to pursue personal endeavours following their upcoming tour. Our universe will never be the same, we feel like we’re at an all time low at this news...they were going to be gold forever! All puns aside, we’re genuinely going to miss them!

The Wanted have announced that they will be parting ways after their upcoming tour.

They broke the news in a statement on Wednesday, which said: “The Wanted are pleased to announced the release of their new video and single ‘Glow in the Dark’ taken from their November release ‘Word of Mouth’. They are very excited to perform ‘Glow In The Dark’ along with their smash singles ‘I Found You’, ‘Chasing The Sun’, and ‘Glad You Came’, amongst others for their fans on their upcoming Word of Mouth Tour.” 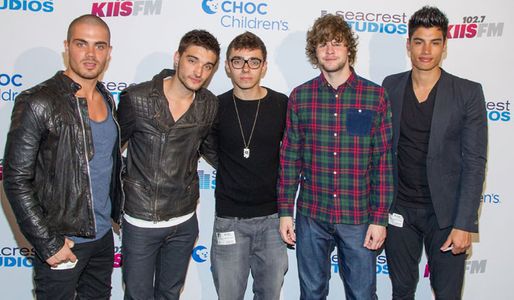 “This tour will be their last for a while as Tom, Max, Jay, Siva and Nathan have collectively decided to take time to pursue personal endeavours following the tour’s conclusion.

And so the sun goes down and the stars come out on The Wanted boys collective career. Following the statement, the boys tweeted on the official band feed: “We just want to say thanks again to you all for your massive love and support, it means so much to us. We love you guys!”

Why do the boys want to pursue personal endeavours then? Does this have anything to do with Max George’s “family matters” which led to the band cancelling their European tours?

Since The Wanted’s last gig is on May 17th in Shawnee, Oklahoma, it looks like their fans better start purchasing tickets ASAP before it will be too late!

Are you upset by this news? Tweet us @sofeminineUK

by the editorial team
+
All the news about Jay McGuiness