X Factor is well and truly underway and we are loving it! This weekend saw a few returning contestants give the competition another go, with one in particular making Sharon Osbourne break down in tears. The groups category is already looking strong, while the judges worry the boys are the weakest link.

We're used to seeing Sharon Osbourne crying with laughter, but this weekend's X Factor was a different story.

The judge was brought to tears of a different kind when Stephanie Woods returned to the show - six years after she first auditioned.

Back in 2007, when Sharon was on the panel the first time round, Stephanie got through to judges’ houses.

But after performing at Mrs Osbourne's LA abode as a 14-year-old, she was sent home and not taken through to the live shows.

Now 20 and a resort entertainer, brunette Stephanie returned with renewed confidence - and a beautiful voice.

All four judges were impressed by Stephanie's performance of Snow Patrol's Run, but it was Sharon who felt particularly emotional.

She said between tears: "You're all grown up missus. I'm glad you came back."

Nicole Scherzinger added: "There's something special about you to make this one cry."

Though she conquered The Room, Stephanie's second audition in the arena didn't go quite so smoothly.

Her performance of Celine Dion's I Drove All Night fell flat with the judges, but after the audience demanded it they let Stephanie sing another song.

This time she belted out Eva Cassidy's ballad Songbird, which got her through to bootcamp.

Stephanie wasn't the only returning contestant - trio Rough Copy had another go at the competition after they were sent home for visa issues last year. 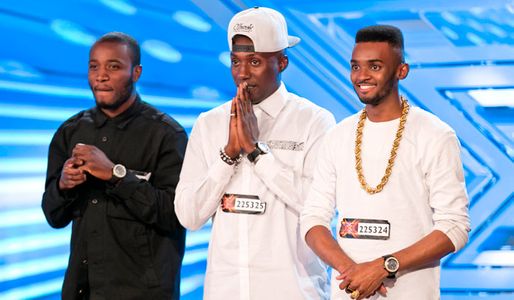 The R'n'B group got their paperwork sorted and after two super-smooth performances in The Room and at the arena, they sailed through to bootcamp.

Another band to make an impression on the judges were Kingsland – made up of Josh, Matt, Connor, Thompson and Jay – whose dance moves and quirky image went down a storm.

Brothers Next Of Kin also proved popular with their rendition of Amazing by Lonestar.

Sharon added: "That category is heaving with so many great singers."

Other contestants to keep an eye on are Essex girl Lydia Lucy, whose confidence and attitude echoes Cher Lloyd, and enthusiastic cutie Giles Potter. 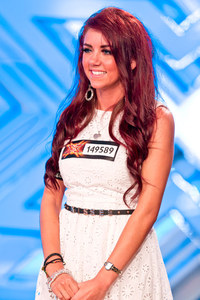 Esme Riley
…
X Factor
From hair ideas to outifts, look no further for your daily inspiration