17 Things That Happened Before A Female Bishop Was Appointed

by Emmy Griffiths Published on 18 December 2014 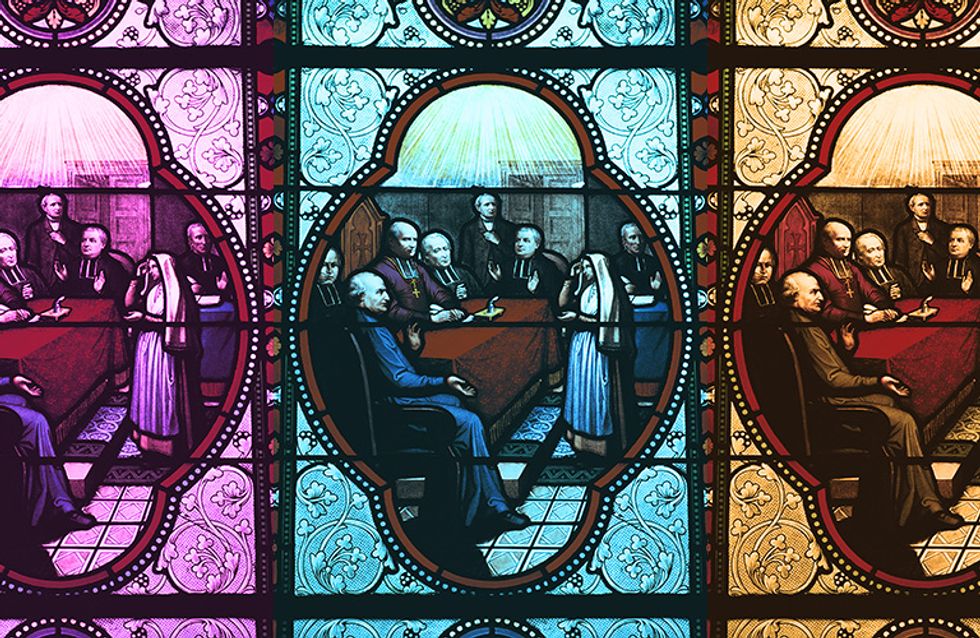 We were delighted to hear that Reverend Libby Lane has become the first female bishop for the Church of England after the canon law was recently changed. This change in the Church came an astounding TWENTY years after women were able to become priests. Although Libby called the appointment: unexpected and exciting" and a "remarkable day for me and an historic day for the Church", we can't help but think of ALL of the things that happened whilst the Church was getting their act together...

Man landed on the moon

Yep, this scientific landmark happened a solid 45 years before a female bishop was appointment.

We discovered a new mammal

The olinguito, a super fluffy cross between a house cat and a teddy bear, and a relative of the raccoon, was only discovered in 2013. We can’t have a female bishop, but we CAN find new species?!

We made a test-tube hamburger

Making delicious snacks from lab-grown meat? Vegetarians would never have to worry again!

A man was fitted with a mind-controlled prosthetic leg

So we actually create MAGIC by making a leg which responds to the person wearing it thinking about the movement they wanted to perform but a female bishop has only just been appointed? WHAT IS THIS?!

An app that translates words into real time was invented

We cured a baby with HIV

In a huge leap towards fighting the disease, researchers treated the baby almost immediately after birth and now, two and a half years later, the child has no signs of the virus in its bloodstream.

Kim and Kanye got onto the cover of Vogue

This? THIS should never have happened!

People could apply to live on Mars

The first colony will be living there by 2023, and applications started BEFORE we had a female bishop.

Gay marriage in US was made legalised in 18 states

A wheelchair was invited that can go upstairs

They made a sequel to Sharknado

Oh, and dogs were taught to drive cars

This Guy Narrates Unsuspecting People's Lives And The Result Is Hilarious