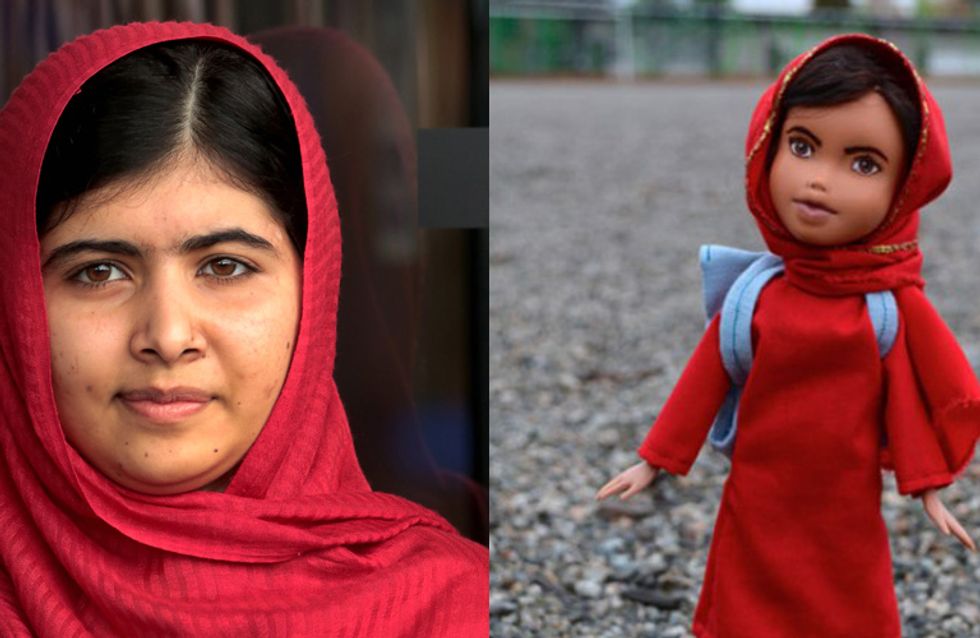 You remember Bratz dolls, right? They are the pouty, sexy dolls that defined generation X's childhood, and caused controversy due to their sexualisation (seriously, have you SEEN some of the skirts Cloe wears?! However, amazing artist Wendy Tsao has taken the Bratz dolls and turned them into inspiring women, and the results are simply brilliant.

Wendy told Buzzfeed about how she would like young girls to respond to the restyled dolls. She said: "I don’t know the answer, but I wonder if a child who plays with a doll of someone who is a real person who did some amazing things might think more about real-life things, and appreciate more the real potential that lies within all of us, than when she or he plays with say, a Disney character or Bratz doll."

Taking inspiration from Sonja Singh of Tree Change Dolls, Wendy used simple YouTube tutorials to learn how to repaint the dolls, and has confirmed she will be selling the dolls on Ebay, and the best thing? She accepts commissions! Get ready for a bidding war!

It's basically Barbie goes on Safari, but it's ACTUALLY a real person who has studied gorillas for decades.

One of the best-selling authors of all time captured in doll-form (and sporting a Gryffindor scarf just in case it wasn't clear who she is). Can we please put in an order for the JK doll?

The first female astronaut in space would surely be more interesting for girls interested in science to play with that a standard Bratz doll, right?

The youngest ever Nobel Peace Prize recipient and named "the most famous teenager in the world," activist Malala is unbelievably inspiring.

Conclusion? Give us ALL the dolls! What do you think? Tweet us @sofeminineUK!