While 2016 saw the surprising separations of Johnny Depp and Amber Heard and Taylor Swift and Calvin Harris to name just two, Brad Pitt & Angelina Jolie's tough decision to consciously uncouple was one we never saw coming. But not all love is lost, these 15 gorgeous couples are defying the Hollywood curse, one PDA at a time. 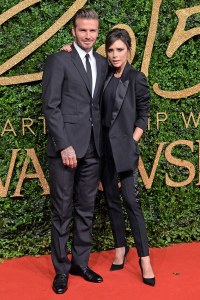 Happily married since 1999 - just two years after meeting - not even a kiss-and-tell scandal could knock Posh and Becks off their thrones. They've built a multi-million-pound empire in their 19 years together all while raising four adorable children. The words 'couple goals' spring to mind.

2. Duke and Duchess of Cambridge

Kate Middleton met her Prince charming in the form of Prince Charles and Princess Diana's eldest son William as a fresh-faced student at the University of St. Andrews in 2001. Despite parting company briefly in 2007, the university sweethearts reconciled and had a wedding fit for a Duke and Duchess in 2011 - an event watched by 300 million people worldwide no less.

I.e. America's answer to Posh and Becks, although weirdly they're still without their own couple moniker. They were married within a year of them first dating and if recent red-carpet appearances are anything to go by, they're still very much in love.

One leaked sex tape and a failed marriage later, Kim Kardashian is half of the world's most powerful and richest couples who are collectively known as Kimye. The queen of reality TV and God himself (his words, not ours) pledged their life-long commitment to one another in a lavish ceremony which boasted an A-list guest list and an over-Instagrammed rose wall, held in the stunning grounds of Forte di Belvedere in Florence, Italy, in May 2014.

The Hollywood actors have become experts in keeping their private lives private in the five years they've been an item which may or may not be the secret to their successful relationship. Eva and Ryan are rarely seen on the red carpet, instead preferring to spend quality time with their two young daughters - Esmerelda and Amada.

Bey and Jay have been surrounded by cheating rumours more times than we've listened to Lemonade but the pop power pair are still going strong 14 years on. Having struck up a romantic relationship after collaborating on Bonnie & Clyde in 2002, his influence on her latest record was a little more controversial. The Formation star implied the rapper had been doing the dirty as she sang 'He only want me when I'm not there, He better call Becky with the good hair' in Sorry, prompting the world to speculate about the identity of Becky but they've since moved on from the scandal.

The screen stars' relationship has certainly gone the distance with Emily becoming an official citizen of John's native America in 2015. The couple celebrated their sixth wedding anniversary in August, soon after welcoming a second daughter into their family and they continue to embody 'the look of love' with every public outing.

Elton John and David Furnish wasted no time in cementing their love for one another as they officiated their civil partnership on the very day the law came into force. On their ninth anniversary, they were married after gay marriage was legalised in 2014. They've now been together an impressive 23 years which is a lifetime in Hollywood terms.

Chrissy Teigen and John Legend's fairytale wedding confirmed their place in our couples we hope to aspire to list back in 2013. But as if their dream day wasn't enough to prove how strong their love is, the chart-topping singer had dedicated his hit single All of Me to her, a month previous. They're regularly found goofing around on each other's social-media accounts.

Being married to the President of the United States is no easy task but despite the trials and tribulations caused by trying to solve world peace and the like, Barack and Michelle have come out the other end tighter than ever. They're not the oversharing types but will share sweet social-media sentiments when the occasion calls.

Gisele Bündchen is often labelled the most beautiful woman in the world so it was only right she ended up with a man who matched her looks. But the Brazilian model and the American footballer have proved there's more to them than meets the eye as they've been basking in marital bliss since 2009. All while juggling their trans-atlantic careers with parenthood.

Hollywood heavy-weights Will and Jada have been plagued by divorce rumours in recent times but online whispers have failed to force them to part company after 21 years together - that's over two decades - proving their love was made to last. The successful actors often make relationship-envy-inducing appearances at VIP events and aren't afraid to pour their hearts out on social media.

Despite their 25-year age gap, Michael and Catherine are still smitten 18 years on which may or may not be down to the fact they share a birthday. They recently celebrated turning 47 and 72, respectively, and a cute couple selfie confirmed they're still going strong.

In the aftermath of the Brangelina split, it was claimed Jen An was "sort of satisfied" that karma had bitten her ex-husband in the backside. We can't see her wishing heartbreak on another woman, never mind a mother of six, especially as she's been vocal on her thoughts about the media's treatment of the fairer sex in the past. And with the ever-supportive Justin Theroux on her arm, it's fair to say she's swept the Brangelina drama completely under the carpet. The former Friends actress and the director set an example for all Hollywood partnerships, choosing to keep their relationship to themselves. The epitome of this was their decision to marry in the comfort of their own Bel-Air estate in 2015. GOALS.

Goldie Hawn may have been married twice in her 70 years but Kurt Russell's stuck by her side for an epic 33 - that's more than double the total number of years she was married. The actors aren't married but they're living proof you needn't put a ring on it to make your love last.

Who's your favourite power couple? Let us know @soFeminineUK

15 Things That Happen After The First Year Of Your Relationship

25 Thoughts You Probably Have When Moving In With Your Boyfriend