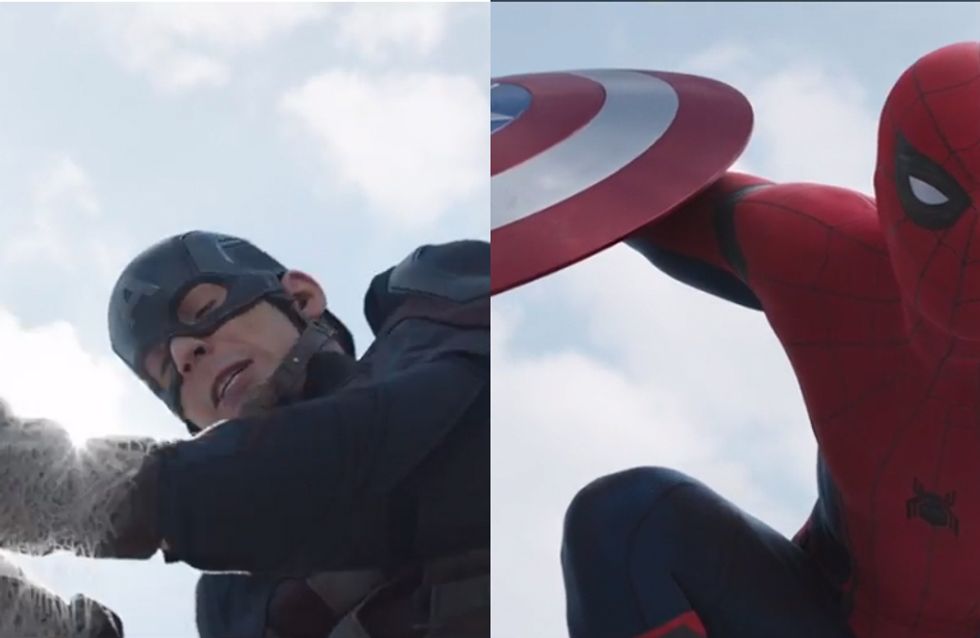 As much as we've been loving the trailers for Captain America: Civil War, Spiderman is the character we've most looked forward to seeing but has been kept tightly under wraps, until now. With the arrival of a brand new trailer, we see our first glimpse of Tom Holland as Spiderman. The hype for this movie just went through the roof people!

Spiderman has finally been revealed in the latest Captain America: Civil War trailer, and perhaps surprisingly, the web slinger is full on #TeamIronMan. In the few seconds we manage to glimpse him, he webs up Captain America's hands on Tony Stark's orders before meekly saying: "hey everyone" to the battling Avengers.

The trailer also takes a deeper look into the conflict that forces Steve Rodgers and Tony to sever ties and become enemies, and it involves the injury (or death?) of Tony's BFF Rhodey, and Steve trying to protect his best friend, Bucky while refusing to go under the Government's new regime to identify superheroes, an act that is supported by Tony.

So who's side are you on, and what do you think of Spidey's new look? Tweet us @sofeminineUK!

QUIZ: Which Superhero Is Your Soulmate?