Home / Love & Sex / Understanding Men / If Superheroes Were Our Boyfriends: The Honest Truth 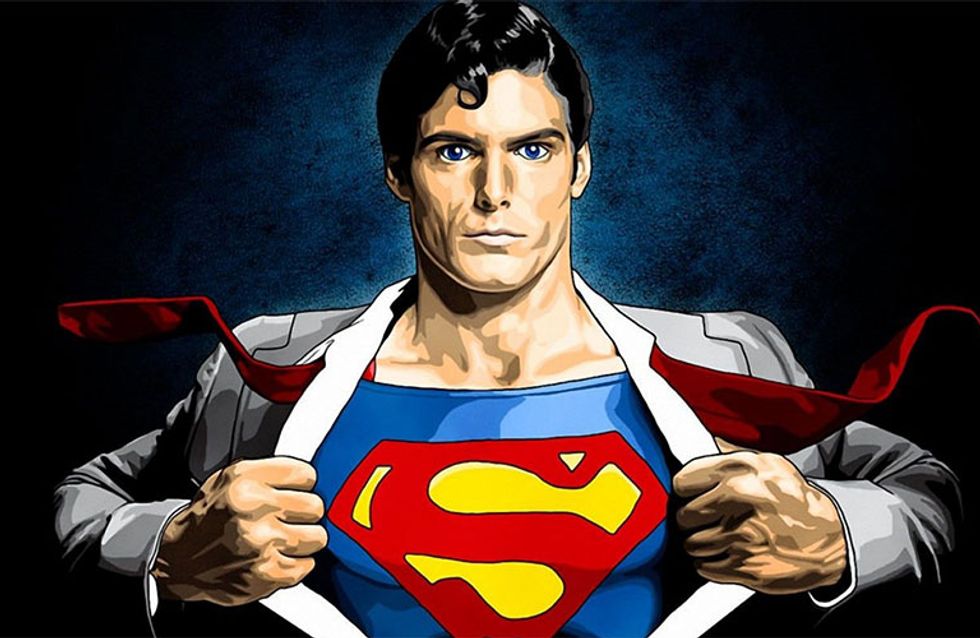 Movie superheroes are hot, strong hunks, always ready with a pithy line of dialogue and a concerned girlfriend on their arm. We've got superhero fever right now what with all these superhero movies and TV shows that keep us hooked to the screen. So we got to thinking what life might be like if we could have superhero boyfriends...

Expectation: You’d be his sassy bat girlfriend and wear plenty of LBDs with matching little bat ears as the pair of you darkly battle shadowy Gotham crime.

Reality: The Joker would kidnap you and blow you up. The end. Sorry not sorry.

Expectation: Taking us to the highest building and putting us safely in his spider web so we can look at the stars and be all romantic.

Reality: Living together, you know he’d get his web juice over everything. Ew.

Expectation: He saves the world from every horror and yet still makes it home in time for tea and evening telly. You’d be the only one to know his little secret and could be extremely smug every time someone mentions how sexy Superman was looking in dat lycra suit this morning.

Reality: You wouldn’t be able to stop yourself from furiously shouting at people when they don’t realise that Superman is the same person as Clark, and the only difference is that Clark wears glasses. It’s just too obvious for you to keep to yourself. People would find out his identity, he’d dump you, and that’ll be that. Well done.

Expectation: You’d be a millionaire’s girlfriend, and hey, someone’s got to spend all of his money, so why not you?

Reality: His money is all going into getting his stupid bow and arrows made. Have fun not getting a penny of Oliver’s heavy cash supply.

Expectation: Trips to exciting new lands, including Asgard and other realms! You’d be royalty if you married him! Your children would be incredible looking! Let’s not even think about where ‘the hammer of Thor’ puns could go…

Reality: You can’t rock the ‘just-got-out-of-bed’ look with someone that really, really ridiculously good-looking. Also when you’re fifty he’ll still look in his twenties and he’ll still be BUFF.

Expectation: Together the two of you will make mad science and snuggle your Pulitzers and soak up each other’s awesomeness. He’ll never get angry at you and the Hulk will never rear it’s ugly green head. Done and done.

Reality: A raising heart rate makes Bruce go all hulkish, so unless you’re having some dull-ass sex you can kiss that goodbye…though kiss it quickly, wouldn’t want it to get too excited!

Expectation: You’d have all the money, houses, private jets and iron man suits you could ever desire, and your boyfriend would be hilariously funny and adorable to have put away his playboy side just for you.

Reality: You’d have all the money, houses, private jets and iron man suits you could ever desire, and your boyfriend would be hilariously funny and adorable to have put away his playboy side just for you.

What can we say? There'd be no downside to dating Tony Stark!

Expectation: Dating an American hero, you can visit the President, have a collection of shiny medals on display and climb the Empire State Building for free as many times as you like.

Reality: He’d always be bitching about the good old days, you wouldn’t have any cutting edge post 1940s technology in your household, and essentially you’d be dating a 90 year old(ish) man.

Expectation: Prepare to be endlessly entertained, as Erik would bend spoons and other metal substances for your amusement. He would probably be able to help you reverse your car out of your awkward driveway every morning, and he’d be a passionate political figure, which would be tres sexy.

Reality: He’d wear that stupid helmet all of the time and you’d have no explanation for it. Your friends and family would think he’s weird. No one would come to the wedding. You’d be cast out and alone, but he still wouldn’t take off his helmet.

Expectation: You’d be going out with Hugh Jackman. Win.

Reality: You’d be going out with Hugh Jackman with terrifying metal claws. That guy has a bad dream, you are gonna get sliced in your sleep.

Better just leave them out and stick with supervillains instead. We mean Loki, of course. Agree? Tweet us @sofeminineUK

by Emmy Griffiths 58 shares
From hair ideas to outifts, look no further for your daily inspiration