by Emmy Griffiths Published on 26 September 2014 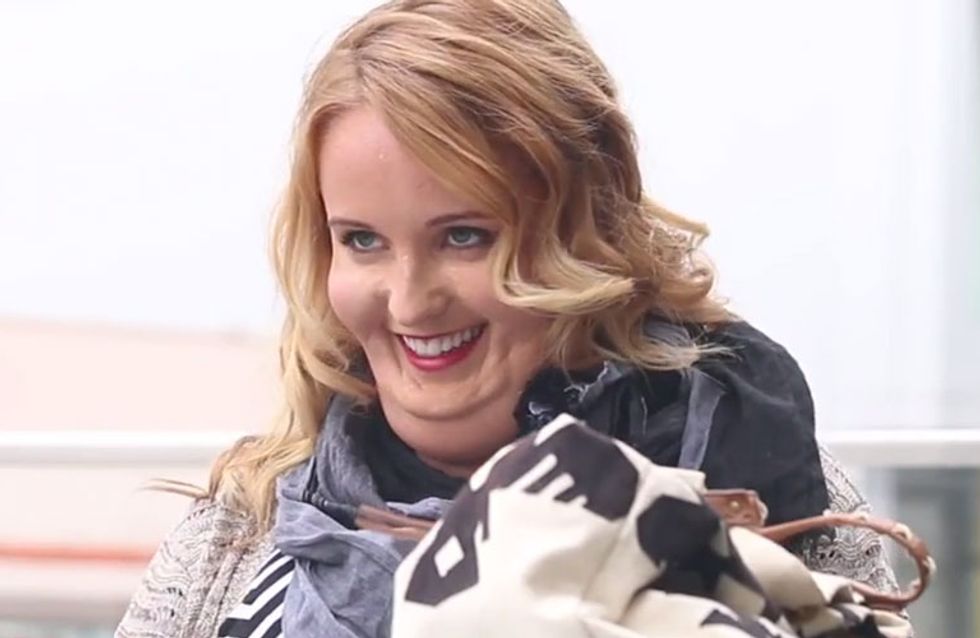 Say you met a girl or a guy on Tinder. From their photos they are hot, slim and cool so you agree to meet up. Upon arrival you find that your date is much heavier than their photo indicates – how would you react? Here is the crazy difference in reactions that men and women have when they find out their Tinder date's photo might have been a little old...

Fidgeting, unable to keep their hands still, sitting as far away back from the girl as possible. We don't need to be body language experts to work out how they feel about the situation.

Saying things like: “You look a little different than your picture" and “how old is your picture on your Tinder?” is just rude, but it doesn't stop them! One even asked her if she was pregnant. Ugh.

They make excuses and leave

Awkwardly mentioning Tinder wasn't really 'their thing', basically just walking off and leaving her here, needing to use the bathroom then never returning and revealing that they are in fact MARRIED, only ONE guy stayed the entire time.

They point out her weight

With one guy saying: “I don’t mean to be rude but in your photos you’re a lot skinnier” and another saying: “You kind of look a lot more…voluptuous,” it's obvious that the gentlemen in the social experiment aren't going to let common decency put them off speaking their minds.

One guy admitted that he was annoyed, saying: "I'm just a little agitated. When you expect something to be some way and it's not...I'm very upset I wasted time and gas to come over here and I can't do this."

Another (who never actually sat down) cut to the chase and said: "I really don't appreciate people lying to me."

Check out the video here...

The same group of people then did the same experiment but with girls meeting a guy who was heavier than his pictures...

The girls, though seeming surprised by how different Will looked from his Tinder photos, immediately started chatting to him.

They almost universally got into friendly conversations

Unlike the boys, all mentions of weight were out of the way after the initial meeting as the pairs began chatting about their interests and playing thumb wars.

One girl suggested they weren't compatible, but the others agreed to go dancing, suggested they go to a market at the weekend and go hiking to the Hollywood sign.

Not one of them made excuses and left

Although one girl wasn't interested, she still stayed and went through with the whole date.

Check out the video below...

We don't like to take sides, but we think it's pretty clear to anyone that the girls reacted to their blind date surprise notably better than the guys. Why do you think that is? Could it be because women aren't as shallow? Perhaps women are more thoughtful, perhaps men do really only want one thing on Tinder? A slim hottie for some slap and tickle.. But what do you think?