Why Love Actually Isn't Actually a Happy Film At All 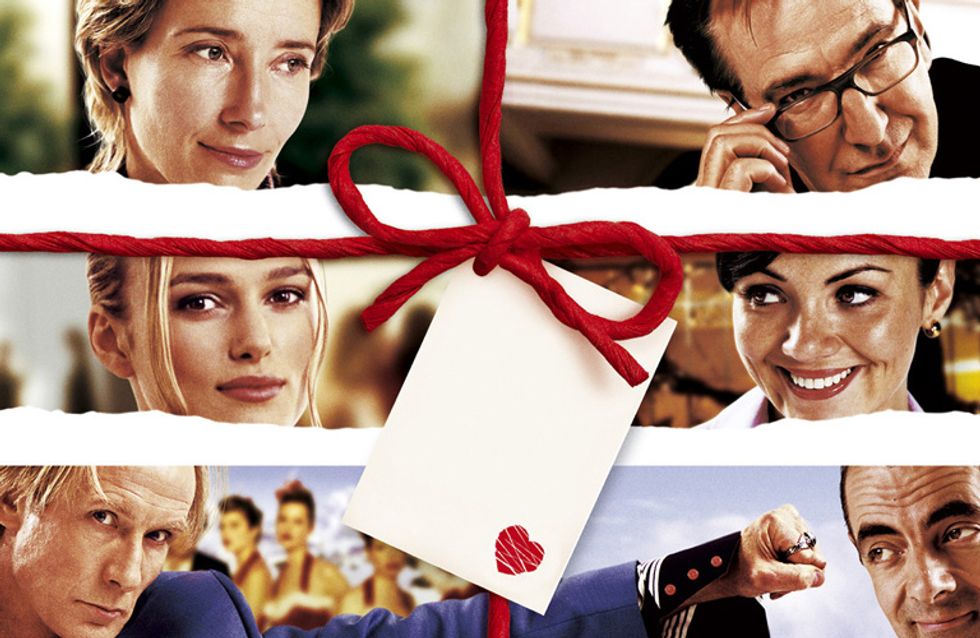 People tend to think Love Actually is a happy, feel-good kind of film, what with Bill Nighy singing Christmas tunes and Hugh Grant making out with Martine McCutcheon at a Nativity play etc. But we are here to tell you that's not a happy film. It is NOT a rom-com, it is a TRAGEDY. It is not a happy film because of the frankly horrible tale of poor Karen, played impeccably by Emma Thompson.

Karen is a funny, kind and thoughtful character.

She has a great relationship with her husband Harry (Alan Rickman) and children as a stay-at-home mother, sister to the Prime Minister and paper mache octopus expert.

​Earlier on, you see her grieving with her friend Daniel (Liam Neeson) after his wife dies and you know if he loves her, you love her too. She's a total babe and a refreshing fan of tough love.

But despite being wonderful in every way, Karen sneaks a peek at her husband's Christmas shopping and sees he has bought a golden necklace, leading her to discover that he is at the very least having an emotional affair with another woman.

She’s finds this out when, instead of the necklace she has been so excited about, he gives her a Joni Mitchell album, even though she thanks him and tells him it was a "real first" because SHE thought she was the one getting the necklace.

When she opens the present her reaction is just AWFUL. She realises the necklace she saw isn't for her. She even opens the box as if to check it isn't some sort of trick, as if she can't believe what is happening.

This leads to this almost unwatchable scene on the sadness scale as Karen excuses herself from her happy family to silently fall apart in her bedroom after realising her husband might be having an affair.

Then she puts on a happy face and goes to support her children in their Nativity play only to practically fall apart again with overwhelming gratitude when her brother arrives to see her kids in the show (or so she thinks, he’s actually trying to get with Martine McCutcheon) and so once again Karen is let down by an important man in her life (not that she realises, thank goodness).

Then she finally has it out with her husband in the most casual, matter-of-fact and heart-tearing way possible.

At the end, it seems that all the lives are wrapped up. Everyone has had their moments. Even the love forlorn, creepy Andrew Lincoln got his kiss from Keira Knightley. Most people are happily with their one true love. Karen, on the other hand, meets her husband at the airport, saying "I'm fine, I'm fine!" But after everything you know, you know, she is NOT fine.

So why is Karen's the only story that is sad in this montage of happiness and love? Why doesn't she dump Harry and end up with Daniel (Liam Neeson)? Most importantly: WHY do people think this film is happy?! Tweet us your thoughts @sofeminineUK!

​QUIZ: Which Love Actually Man Would You End Up With?