by Emmy Griffiths Published on 5 March 2015 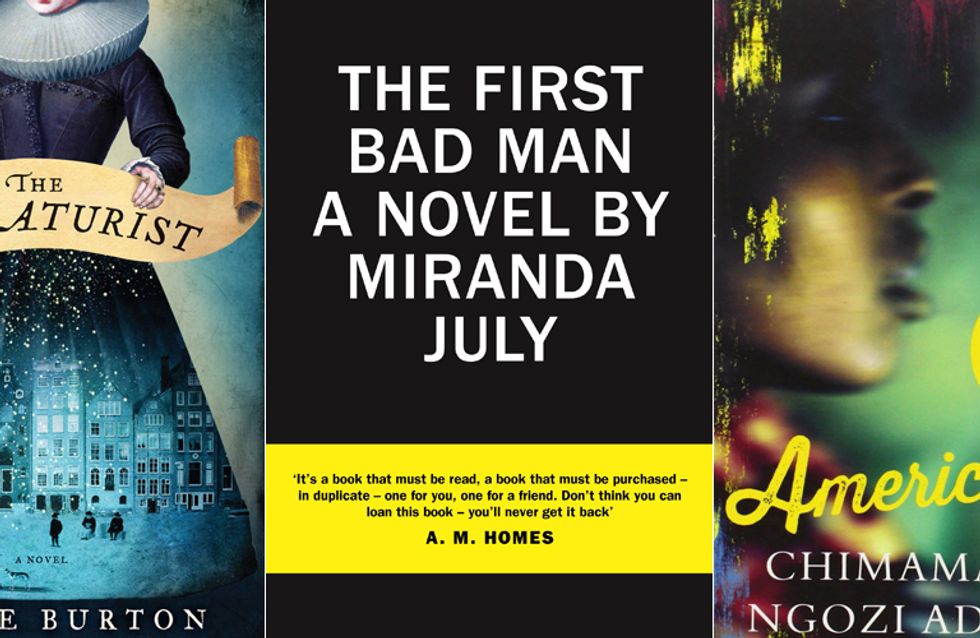 World Book Day is a celebration of reading, so needless to say we are on BOARD! From sci-fi to drama to romance, in reading there is something for everyone. So how often do you go out of your comfort zone? How often do you try new genres, or a novel you were certain you'd hate? We've put together a list of 15 very different books for World Book Day that you absolutely have to try...

What's it about? In the future the world's population has retreated into the OASIS, a highly developed virtual reality. So when the Eighties pop culture obsessed creator of this dream world dies and leaves his entire fortune hidden somewhere in the virtual world, a huge, Golden-Ticket-style hunt for the fortune begins...

Would I like it? If you lived through the Eighties, this will be a nostalgia trip worth taking. If not, the story will still suck you in until it occupies your every waking moment and will have you freaking out more than once.

What's it about? Libby is the sole survivor of her family's massacre and gave crucial evidence which landed her older brother in prison for the terrible crime. Years later, Libby is forced to confront her dark past. Did she really see what she thought she saw? Or is more at work here?

Will I like it? If you enjoyed Gone Girl, this is the book for you. The characters are just as messed up, there are just as many twists and the tone is deliciously dark.

What's it about? In the future voyants (people with a variety of magical powers) are hunted by the Government but still manage to operate in the London's criminal underworld. Paige, a particularly talented voyant, is kidnapped and sent into slavery in a secret city in Oxford where she must learn the true horrors of her world.

Will I like it? As young adult fiction, it certainly isn't for everyone, but the story is so original, complex and compelling that you will find yourself enjoying it even if it isn't necessarily your cup of tea.

Bonus: The sequel, Mime Order, is even BETTER. Make the investment and pick up these books. The only problem you'll have is waiting for the next one to come out in the planned series of seven.

Genre: A little of everything

What's it about? Ifemulu grows up in Nigeria before moving to America, leaving the love of her life, the intelligent, fascinating Obinze behind. Overwhelmed by the difference in culture, Ifemulu blogs about her experiences in the USA whilst Obinze goes to England to make his fortune.

Will I like it? Romance, culture, race, society and class all come into play in this fantastic novel. What's not to love?

What's it about? After being involved in a terrible tragedy, Theo Decker finds himself adrift in the world. Weighed down by guilt, misery and an unyielding deep love for a fellow victim, Theo goes through the trials and tribulations of growing up whilst sinking into a world of drugs and crime.

Will I like it? It's HUGE but every page is worth it. After you finish you'll care more about Theo than you do your own relatives, and isn't feeling an emotional connection what literature is all about?

What's it about? As a modern-day retelling of Jane Austen's Northanger Abbey, teenager Catherine Morland is delighted when she is invited to stay at her crush's stately manor. However, after a lifetime of reading gothic novels (and Twilight), Catherine can't help be suspicious of the odd going-ons in the strange house...

Will I like it? It's very girly and fun. We'd kind of judge you if you didn't at least smile a little bit reading about a teenager with an overactive imagination.

What's it about? As the second instalment in the Cormoran Strike series, the novel follows Cormoran as he investigates the extremely gruesome death of one-hit-wonder author Owen Quine whilst dealing with his new found fame after his high profile case from the first novel of the series, The Cuckoo's Calling.

Will I like it? If you enjoyed The Cuckoo's Calling, or just have a passion for whodunnits, this is the perfect read. Cormoran and his assistant Robin are great, fully formed characters and the murder plot is pretty genius. Gotta love JK Rowling!

We Were Liars - E. Lockhart

What's it about? A group of friends who belong to the same wealthy family spend every summer at their private island before Cadence has a terrible accident that leaves her with amnesia. Only by returning to the island and piecing together the clues can she solve what really happened to her.

Will I like it? It's smart, kind of twisted and you'll be so eager to find out the truth you won't stop reading until it's finished. It's a quick read, and a great one.

What's it about? When 18-year-old Petronella marries the wealthy, mysterious trader Johannes, he presents her with a beautiful dollhouse which slowly begins to take over her life.

Will I like it? The 17th century Amsterdam setting, the odd house where nothing is quite as it seems and the dollhouse that seems to predict the future makes this book a spine-chilling historical read.

What's it about? Cheryl is a high-strung loner obsessed with a man called Phillip who she believes she has been with for many lifetimes. Her world is turned upside down when a twenty-one-year-old moves in with her.

Will I like it? If you are a fan of Lena Dunham's Not That Kind of Girl, this one could be right up your street. She said of the book: "Never has a novel spoken so deeply to my sexuality, my spirituality, my secret self. I know I am not alone."

What would you recommend to us? Tweet us @sofeminineUK!

This was written by Emmy Griffiths. Tweet her reading recommendations @emmyfg!