by Alison Potter Published on 11 December 2013
© The Mimi Foundation

When you are seriously ill with cancer, it undeniably dominates your every waking thought. But Belgian charity the Mimi Foundation set themselves the task of helping 20 cancer patients forget about their illness – if only for one second – and they managed to do it in the most beautiful, hilarious and wonderful way possible.

One woman was asked about her life pre-cancer, and she admitted: “You know what I miss the most? Being carefree.”

It was this comment which inspired The Mimi Foundation to help those with cancer recapture the happy-go-lucky feeling they had before they were diagnosed with the life-changing illness.

On June 17th 2013, they told 20 cancer sufferers that they would give them all fabulous makeovers in collaboration with Leo Burnett France, on the condition that they mustn’t open their eyes until the transformation is complete…

All involved agreed to the conditions, naturally assuming that the team of stylists, make-up artists and hairdressers in the studio would pamper them and help them to look their most beautiful.

However this isn’t your usual charitable makeover, and when they opened their eyes they got something else entirely different...which they managed to capture on camera.

We don’t want to spoil the twist, so watch the video below for the big surprising reveal.

Suffice to say the Mimi Foundation succeeded in their aim to make these people forget about their cancer, “if only for a second.”

For more information on this ingenious and unique project – and the photobook created by the campaign – visit the Mimi Foundation’s website.

What do you think of the ‘If Only For A Second’ campaign? Tweet us @sofeminineUK! 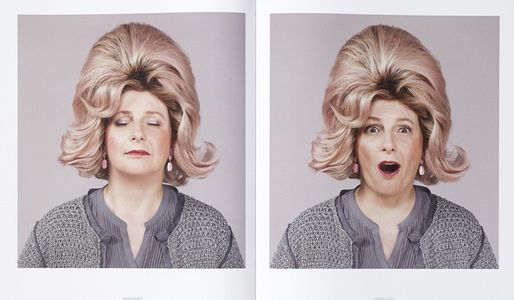