by the editorial team Published on 13 December 2007 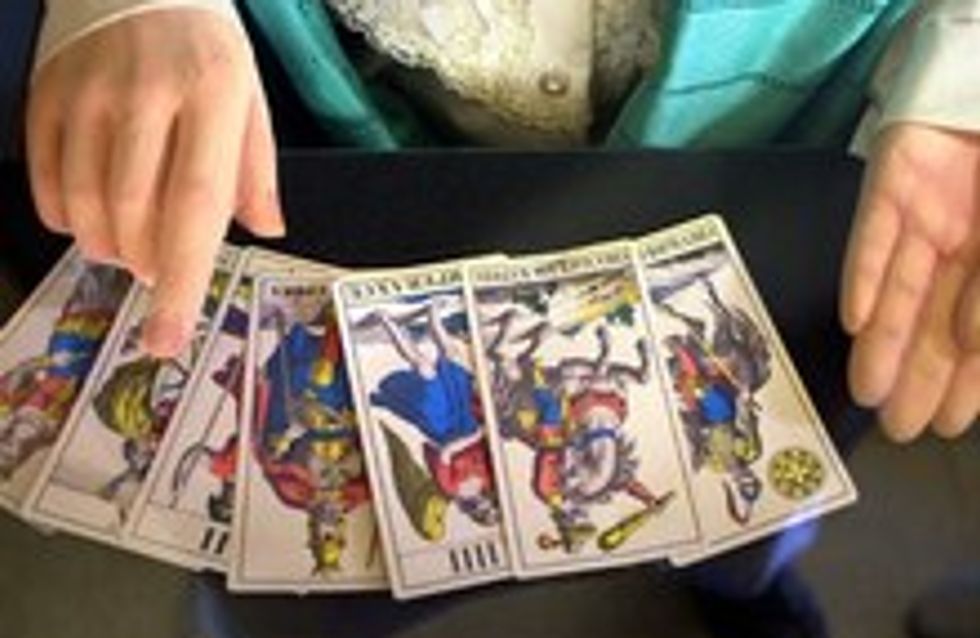 Where does tarot come from and how does it work? Here are the answers to some of the most frequently asked questions concerning tarot.

Where does it come from?
The answer is far from clear. There are traces of tarot in many civilisations going back several thousand years. It was used in Egypt, India and China, and it appears in certain ramifications of the Jewish Kabbalah. The symbolic meaning of these cards reflects universal phenomena: life, death, temptation and love. In the West, tarot appeared at the end of the 14th century. Modern tarot, known as the Tarot of Marseilles, dates from the 16th century. It’s the most popular game used these days by tarot readers, although some variations exist, and is played with 78 cards, known as arcana. It's still used a lot both as a game and for divination.

The Tarot of Marseilles in detail
The 78 cards of the tarot of Marseilles are split into two groups: 22 trumps of major arcana and 56 suits of minor arcana. The major arcana are very metaphorical. They depict highly colourful characters, similar to those found in ancient forms of the game: the fool, the magician (or juggler), the high priestess (or papess), the empress, the emperor, the hierophant (or pope), the lovers, the chariot, strength (or fortitude), the hermit, the wheel of fortune, justice, the hanged man, death (or the trump without a name), temperance, the devil, the tower (or the house of God), the star, the moon, the sun, judgement and the world. A specific symbolic meaning is attached to each card. The 56 minor arcana are divided into 4 suits, mainly linked to the elements, seasons, and astrological signs: the wands (fire/summer/Aries, Leo, and Sagittarius), the cups (water/spring/Cancer, Scorpio and Pisces), the coins (earth/autumn/Taurus, Virgo and Capricorn), and the swords (air/winter/Gemini, Libra and Aquarius). Each suit is made up of 10 numeral cards and 4 court cards: king, queen, jack and knight.

How does it work?
There are many ways of drawing tarots: a two or three card oracle or a horseshoe with seven cards, for example, but the procedure is always the same. The querent (the person consulting the tarot reader) slowly shuffles the cards then cuts the deck before giving them back to the tarot reader. The reader then lays out the cards face-down, making a ‘spread’, from which the querent choses his cards. Once this is done, the reader places the selected cards, always from left to right, and begins their interpretation. Often, just the major arcana are used in divination. When the game is fully laid out, the minor arcana play an auxiliary role, and only serve to specify the meaning of the major arcana. Each card is interpreted according to its placement in relation to the others. Depending on which side they appear, the cards give a positive or negative message.

Settings for the reading
Tarots can be drawn during a face-to-face consultation with the reader or even by telephone. The atmosphere in which the consultation takes place is extremely important: the room should be calm and protected from both outside noise and bright light. The success of a consultation depends on the expertise, talent and clairvoyance of the reader. It also depends on your responsiveness. If you go for a reading, increase your chances of success by turning up in a relaxed state. Wear comfortable clothing, remove jewellery, breathe slowly and focus on the issues that are worrying you.

Questions and answers
As with most divine arts, tarots provide answers to questions of an emotional, professional, financial and physical nature, or questions about a particular person in your life. The cards can give very concrete predictions, for example a yes or no answer to a simple question. But they can also assist you with the choices you make in life. According to a card’s position in relation to other cards and its place in the game, each arcana gives advice. The magician, for example, symbolises creative momentum. When positive, it encourages you to take action. In its negative aspect, it advises putting something off or making a decision at a later, more appropriate time. The arcana position the prediction in various elements of space and time: season, day of the week, space (where the prediction takes place) and duration (short or long-term prediction).

Other tarots
- While the Tarot of Marseilles is the most popular and most widely used, there are lots of other tarot games, such as Persian tarot, which is a game of 55 cards inspired by the Arabian Nights. Its 19 major arcana and 36 minor arcana feature sultans and sultanas in glittering costume, as well as owls, messengers of the gods, with their observant and reflective minds.
- The Belline Oracle or the Tarot Lenormand also have many followers, as do Egyptian or Celtic tarots. It’s not unheard of for a reader to switch from one game to another during a reading depending on his/her sensitivity or mood, or to confirm a prediction.