How To Tell If He's About To Propose

by Vivian KELLY Published on 12 February 2014 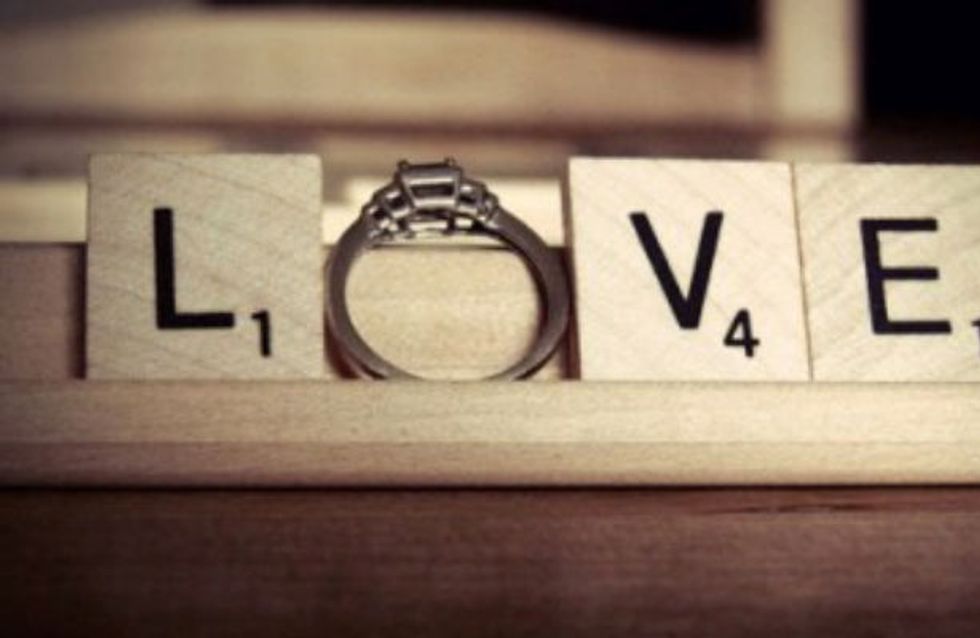 As time passes, it’s only natural to wonder whether your man is planning on making you his wifey for lifey. If you feel like your relationship is ready to take on marriage then you’re probably impatiently wondering when your man is going to pop the big question. Find out if your fairy-tale wedding dreams are about to come true with these tell-tale signs about whether he’s ready to say “I do”.

With Valentine’s Day approaching it’s hard not to question where your relationship stands. Where some women are happy to be treated to a box of chocolates or a lavish dinner on V-day you’re just hoping your man is going to step up and propose already!

And we know how you feel - it's not easy to tell if your sweetheart thinks you’re ‘the one’. Is he ready to settle down? Is his soul-mate search over? Stop pestering your girlfriends for their opinions and keep your eyes open for these pre-proposal signs...

Your man has been holding back on any wild purchases, because he recently splurged on a Tiffany solitaire rock. So before you get annoyed with him for being a cheapskate read the signs.

You know he’s got marriage in mind when he doesn’t mind you splurging on the season's latest trends (with his money).

3. He has a jewellery fetish.

All of the sudden he’s taken an unusual interest in your rings - trying them on and babbling about the size of your fingers. Whether you find it cute or creepy it's for one reason only - he wants to put a ring on it baby.

You’ve crossed the subject before but when you last mentioned it he dismissed marriage completely saying he doesn't "believe" in it. Because, he’s planning on surprising you, duh!

Your beau’s inclined to talk about the future. Whether it’s about “us” in one year’s time, five year’s time or ten year’s he wants you to be apart of it.

Your family are acting slightly insane (more than usual). They’re hauling you into jewellery stores slyly getting you to comment on styles. They’ve been asking you weird martial questions you’ve never heard before and are even singing praises about your man. He’s got them in on it!

He was acting very strange at the last wedding you attended forcing you to catch the bouquet and practically critiquing the whole event from wedding favors to bridal wear! The man has marriage on his mind.

He’s always been a family man, but more than ever now he’s taking the initiative to make plans with your family. This shows he's serious and gives him more time to connect with your loved ones before he pops the question (especially if he plans to ask for your parent's permission).

9. Video games are the least of his priorities.

Let’s face it, there’s only one word he wants to hear when he pops the big question. He's finally prioritized what really means the most to him and has ditched GTA. May it R.I.P.

If your man is thinking about forever, he'll try to connect with you on a totally different level. Has he done things like massaged your feet after a long day's work? Asked you how you’re feeling? Shown up at your work at the end of a bad day? If you answered yes, he's definitely got marriage on the brain!

He doesn't let you forget the time he planned a romantic trip away and makes sure you don’t go Dutch after date night. Women want to feel emotionally and financially secure before saying ‘I do’ so he's trying to convince you he fits the bill.

You have midnight chats about how many children you want and whether you’d prefer a boy or a girl. If he’s getting himself involved or better yet, initiates the conversation then it's a sure sign he's gonna ask you soon.

He’s been acting weirdly discreet recently, coming home late or away on the weekend for some ‘boy time’. Give him a break, he might be busy rehearsing the perfect proposal to you!

He’s showering you with sweet nothings, leaving behind soppy notes and even laying the odd romantic rose on your pillow side. The man is setting the scene for those three magic words.

15. He quizzes you - about your jewellery

He’s been asking you lots of random questions about shapes, colors and even design preferences. Tell him what you want - no girl wants a measly rock!

Your fave ring has gone missing? Don't panic. Because your BF is trying to outsmart you by finding out your ring size MI5 style.

Our men are savvier than we think. He needs a bigger spending limit to buy the perfect sparkler, but also wants to score some air miles too.

If he's planned a spur of the moment vacay somewhere nice, but would usually rather be in bed with you watching the football he could be planning for something much, much more exciting.

20. He indulges your window shopping habit.

Usually he walks on by when you get distracted by sparkly things in a shop window. But that's all changed. Now he walks up to the window with you and lets you admire all the gems and jewels you like. If he asks you which ones you like best you know you're on the home straight.

If it’s late, windy or cold and he still asks to go for a walk consider it a major sign. It could be your moment (just don't forget your umbrella).

22. Curbing out of bachelor ways.

Nights out with the guys are a thing of the past. His greatest appeal in life is you and you’re the only one he wants to be around come Friday night. The married couple thing is already happening. All you need now is the wedding.

23. He's nervous and out of character.

If you're out with your guy and he can't concentrate on what you're saying or keeps dashing to the loo, won't sit still or keeps loosing his train of thought, he's either got some serious stomach problems, or he is about to Pop. That. Question.

24. He wants a committed relationship not a convenient fix.

He’s confident that he’s dated enough women in his lifetime and he’s done with playing games. Your man is emotionally ready for “I do”.

Hello, it’s the moment you’ve been waiting for!

Are you getting an inkling that your man's about to propose? Tweet us @sofeminineUK