by the editorial team Published on 26 January 2011 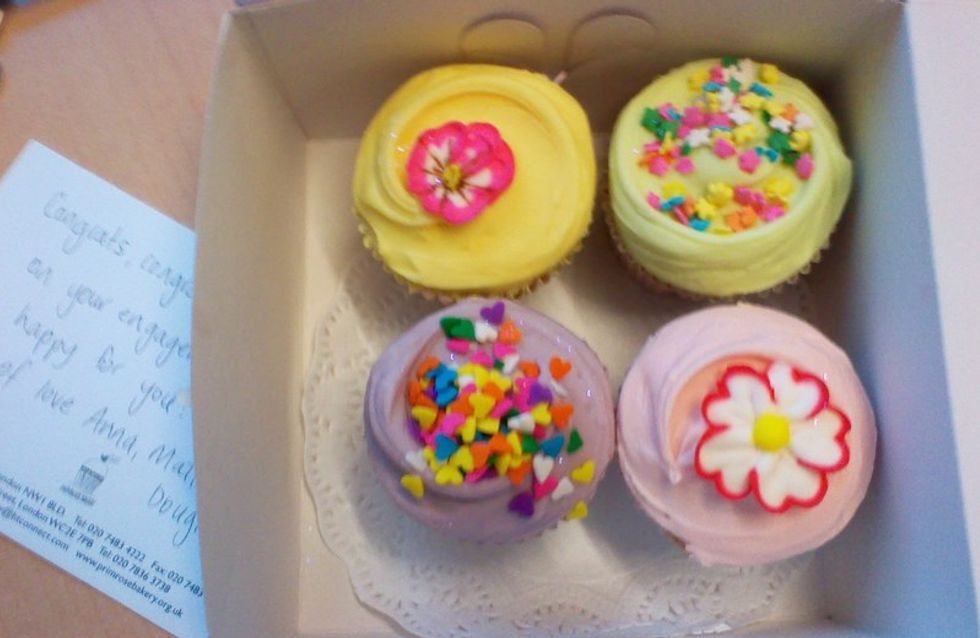 The unexpected bonus of being engaged in the UK has only just been made apparent to me.

People send gifts! Who knew? We haven't even had a proper engagement party yet and still some lovely individuals have stuffed M&S vouchers in envelopes or a bottle of wine in one of those wine gift bag thingies.

This morning a pretty white box, tied with pink ribbon was delivered to my office.

Inside were these four gorgeous looking cupcakes from The Primrose Bakery. This delightful gift was sent by friends as far away as Amsterdam but what a lovely thought.

Cake through the post! It's the future.Try Cake Toppers (who can actually send individually designed cake!) or Delivery Cakes.

I'm going to try and hold off on eating them until lunch time at least.