by Maria Bell Published on 26 September 2013 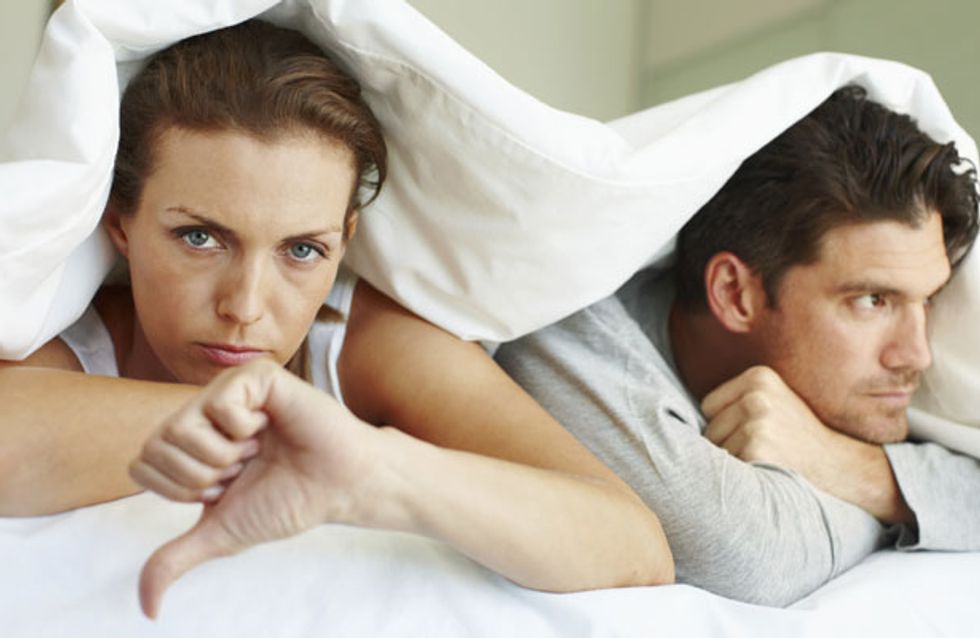 We’ve all been in a relationship where you’re just looking for a reason to break up with your partner. But some of us might be a little more cut throat than others when giving their other half the chop. A recent survey which asked men and women to be frank about their reasons for ditching their exes has revealed that the old ‘It’s not you, it’s me’ line has gone way out the window.

More than 1,900 guys and girls from around the UK took part in the survey by Fickletattoos.com – all over 18 so you can’t even blame teenage immaturity for these shocking excuses – to give honest answers about why they ended it with their exes.

If we're honest we've got to that point in a bad relationship where everything your partner does starts to irritate the hell out of you. But reasons like a pervy Nan, annoying pronunciation and creepy fingernails have got to be scraping the barrel. On second thoughts, we’ll give you the fingernails excuse, that’s just gross.

Supposedly 61% of those asked said that they’d not been totally honest with their partner about the reason for wanting to end things and with reasons like these we can see why!

David Wain-Heapy, founder of fickletattoos.com said: "Some of the reasons uncovered by our poll were fickle to say the least. I'd like to think that the reasons are maybe the catalyst rather than the root cause; otherwise I may have to reassess my faith in human kind! In some of the instances cited, you have to think the partner probably had a lucky escape."

So here’s the top 10 results from the survey - just try not to overthink it too much.

Top 10 excuses for boys breaking up with girls:

Top 10 excuses for girls breaking up with boys:

What's the most ridiculous reason you've broken up with someone for? Tweet us at @sofeminineuk, we really want to know.