She's An Ex For A Reason: What To Do If Your Fiancé Invites His Ex To The Wedding

by Vivian KELLY Published on 16 September 2014 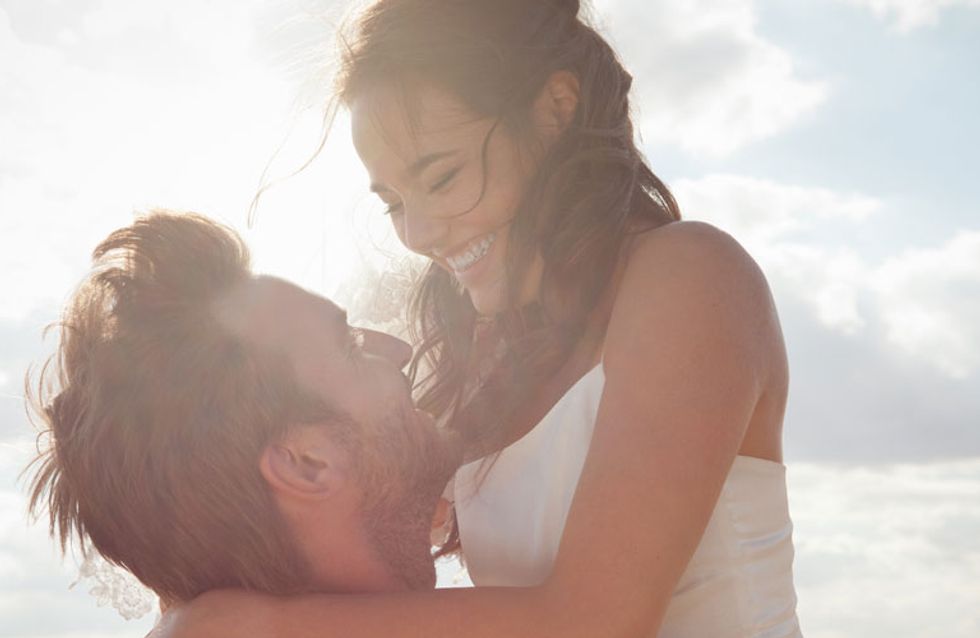 Making your wedding guest list is anything but easy. Friends, family, co-workers, neighbours...it's by far one of the toughest parts of the wedding process. But if you're faced with an EX the situation is sure to heat up. Ladies, this is a true test to your relationship and your future marriage. Here's what to do if you fiancé invites his ex to the wedding...

Things couldn't be more perfect right now. Finally, your man built up the courage to propose. You feel like you're on top of the world, but amongst all the craziness of the wedding planning there's still one important dilemma to be had... your fiancé' might be inviting his ex to the wedding.

Jaw dropped, furious and totally confused. What the hell are you gonna do?

Inviting your ex to your special day used to be considered somewhat of a taboo, but now it seems to be a pretty common thing. According to the Chillisauce.co.uk's Annual Wedding Survey 2014, two thirds of couples admitted that they would invite their ex to their wedding, with men being TWICE as likely to do so. Here's the break down...

So is it nothing to worry about OR is it well out of order? Sofem looks at both views...

Tame your temper in the heat of the moment. Remind yourself: He chose YOU as his wife. No matter how close their friendship is, how long they dated and what they've been through at the end of the day you're the one walking down the aisle.

Rachel from hen and stag do specialist Chillisauce.co.uk shares a similar view, she says "Inviting an ex partner is always a sensitive subject to either party. If he does want to invite his ex girlfriend then let him. The only reason he would want to invite her would be to show you off and for people to be happy for you as a couple.

If he does invite his ex, "​don't get caught up in thinking about her being there as a problem but rather as an accomplishment. If you're worried she'll sabotage the ceremony only invite her to the celebrations afterwards, that way you'll be more relaxed and surrounded by friends and family that will keep you too busy celebrating to even notice she was even there."

Be smug about it - it's YOUR day. Besides, there are worse things in life, right?

Are you kidding? Hell no.

Adding a former flame to your wedding guest list can be a very tricky situation. The real question here is if the man you're about to marry still has feelings for his ex or not. Suddenly a million questions circle our mind, "Why would he want her there, of all days? Does he still hold a special place in his heart for her? Just. Why?"

We completely understand how you feel! So if you're not down don't feel like you'll need to grin and bear it at the alter. Inviting an ex to a wedding can cause unnecessary stress on your relationship, with you certain to question their love for you. It's bad news ALL round boys.

Your wedding day marks the first day you and him begin the rest of your lives together - by far one of the most important days of your lives! Don't let him drag in the past.

At the end of the day it really depends on the people involved. Like how long they dated, how often they talk and also how long they've been friends. Try to be as understanding as possible but, bottom line, if you're not comfortable with it tell him how you feel. Be firm. His future wife's feelings should be on the top of his priority list right now.

So where do you stand on the debate - would you let your hubby-to-be invite an ex to your wedding? Tweet us @sofeminineUK!