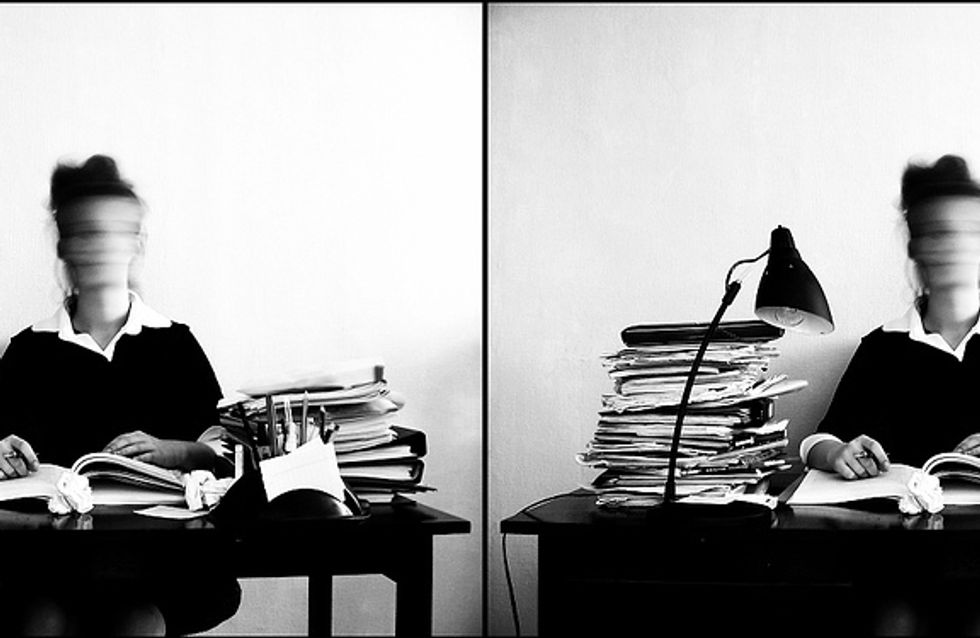 A recent government report has shown that some of the UK’s top companies have hit a “major milestone” by significantly increasing the number of women in their boardrooms. Great, right? Fantastic, even. But let’s not stop there.

Four years ago a voluntary target was implemented by former trade minister Lord Davies to increase the number of women in boardrooms to 25%. In an update today, he revealed that 26% of the FTSE 100 firms (the 100 largest companies listed on the London Stock Exchange) were now made up of women, which is more than double the level of representation as five years ago. Which I’m pretty sure is the best excuse for a self-congratulatory cocktail and lady party ever - I’ll go get the Beyonce mixtape…

With this news, Davies has revealed he wants to take it one step further and raise this voluntary target of females to a minimum of 33% for FTSE 350 companies by 2020. He said on the Today Programme on Radio 4: ”The focus of our work was on fixing the boardroom. We've done that and there's very few all-male boards left."

​​Well… hold on just a second there Davies. It’s not quite fixed, is it? This is where it gets kind of problematic. Whilst it's a massive achievement to get more women in the boardroom - where they belong, by the way - this isn’t a problem that can be simply rectified instantaneously. Actually, in the grand scheme of things, it’s a relatively small victory. Ok yes, there’s “very few all-male boards left,” but what percentage of those boards are now female? Davies’s review says that there are now “more women on the FTSE 350 boards than ever” but that doesn’t mean there’s enough. His report named Unilever and Marks & Spencer as the companies “leading the way” in terms of female board members, with women making up 25% and 27.3% of the board respectively. That number’s still a long way off 50%.

That's not to say it's an impossible feat - in 2011, the number of women in boardrooms made up around 12.5% of the overall number, which means in four years we’ve managed to double this number. Amazing, right? I mean - ignoring for a minute the fact that an initiative to get women into jobs they deserve as much as men has to exist in the first place - gender equality seems to have risen to such prominence in recent years that sometimes it feels like we are moving forward with all the force of a feminist freight train. But there’s always more work to be done the world over.

Take, for instance, Italy: a 2014 report shows that women in Italy only earned around 48% of a man’s salary. That’s not even half. The issue is even more problematic in America, where a Caucasian woman earns 78 cents to every white man’s dollar, but African-American women earn 62 cents, and Hispanic women earns 54 cents to that very same dollar. A study by LeanIn.org called ‘Women In The Workplace’ showed that despite a heightened interest in gender equality in businesses, women in America are still being massively underrepresented at every corporate level. At this rate, it would take over 100 years for American women to reach equal stakes in the top positions. Kinda depressing, huh.

But back to the UK. Let’s put this FTSE 100 news into perspective:

This infographic by The Guardian in March 2015 shows that for the 7 female CEOs or chairmen in the FTSE 100, there are 17 men named John. How dismaying is that statistic? Get out of here, John! Which is why, when it comes to good news like Lord Davies’ report, it’s important to recognise and celebrate these small victories, because these are tangible proof that things are changing. But instead of revelling in our successes we must instead ask: “What can we do next?”

It’s imperative that these FTSE 100 companies acknowledge their position and their influence, and ensure that talented women are being trained for, and then promoted, into top positions as much as men. And whilst we’re at it, the stigma that affects women in leadership roles needs to be simultaneously deconstructed. Shainaz Firfirayat, an assistant professor at Warwick Business School, told the Evening Standard: “"Prior research has shown that women who succeed in typically male tasks such as leadership positions are more disliked and derogated, implying that women confront obstacles in work settings that are not encountered by men to the same degree.” It’s the responsibility of everyone to ensure that the reputations of women in positions of power aren't besmirched simply because they are good, powerful leaders. After all, it’s like Amy Poehler says: “Bossy is not a pejorative term at all. It means somebody's passionate and engaged and ambitious and doesn't mind leading.”

We as women are beginning to get our grip on gender equality in the workplace - it’s within our grasp, we can touch it, but right now we are clinging to it with our fingertips. There’s always, always more to be done and it’s always hard, and it’s always tiring. But that just makes the little victories that much sweeter.

What do you think about the new report? Let us know: @sofeminineUK

This piece was written by Pascale. Follow her here: @Pas__

​The 10 Things You Need To Know About The Gender Gap