Katy Perry split from boyfriend John Mayer back in March, but recently the two have been spotted hanging out on more than one occasion. Is this one love story that's not quite finished?

Katy Perry and John Mayer are rumoured to be getting back together after they were spotted hanging out.

The Wide Awake singer surprised the world when she seemed to have tamed notorious ladies' man John.

But after nearly a year of dating the pair called it quits in March.

And now the former couple have reportedly been spotted at the Chateau Marmont in Hollywood a few days ago.

They were apparently with a group of around 15 others, and although they are said to have sat separately this is the second time they've been seen together.

The group was enjoying a laid back evening and there was no tension or awkwardness between the two exes.

Katy and John were also caught spending time together at the end of last month.

On 27th May they celebrated Memorial Day at a BBQ held at the 28-year-old raven-haired beauty's house.

An eyewitness told Us Weekly that the two were seen being very "flirty" and "friendly" with one another.

The cause of their original split in March was claimed to be work pressures.

Following the break-up John admitted it was not an easy decision.

The 35-year-old said: ​"I’m on the same journey as everyone else. Coupling is a tricky thing."

The pair reportedly briefly split in October amid rumours John couldn't commit and Katy was fed up of his "wandering eye", but it wasn't long before they reconciled.

A Source for US Star has also indicated that despite efforts to move on and even reports that she was dating her agent, Katy has been pining for John since the break-up.

They said: “She is still calling John because she can’t let go. And he still reaches out to her too because he loves to string his exes along.”

Let's hope that's not what he was doing at her barbeque! 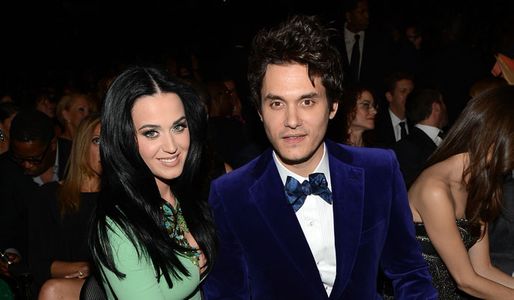