Justin Bieber steps in to save bodyguard from "possible jail time"

Bodyguards and minders are employed to keep Justin Bieber out of trouble, but after a performance in Abu Dhabi it was the singer who had to smooth things over with the police. Justin's security team found themselves in trouble after they took out a fan and allegedly verbally assaulted an officer.

One of Justin Bieber's bodyguards allegedly found himself in trouble with the law in Dubai after rugby tackling a fan on stage and later arguing with local police.

Justin, 19, was performing at a grand piano for his fans in Abu Dhabi when a rogue Belieber managed to get on stage to try and hug him.

He had just about reached the Canadian pop star when a member of the security team ran on stage to take him out - and using some pretty serious force he toppled the piano at the same time.

Justin looked unphased as he moved across the stage to carry on singing.

The drama continued backstage as one of the singer's minders apparently insulted one of Dubai police's VIP protection squad.

The incident was reported and the man accused of being disrespectful was forced to apologise or face arrest and jail time in the strict country.

A police spokesperson said: “Our officer didn’t reply at the time of the offence but made a complaint at the police station.

“We asked the bodyguard to come in and he seriously apologised for his behaviour and expressed his regret for what happened, claiming he was under pressure due to the concert."

"The policeman accepted the apology and waived the complaint. Bieber also expressed his appreciation for the policeman’s behaviour, who acted in a civilised way even though the guard insulted the officer verbally.”

Maybe Justin is trying to clean up his bad boy act since reuniting with girlfriend Selena Gomez.

However, he may have issued his regret at the actions of his bodyguard but the Biebs was still up to some naughty tricks.

It's been claimed that he racked up a load of speeding fines while driving his rented Lamborghini Aventor in Dubai.

Since jetting off to South Africa for the last leg of his tour there have be no stories of bad behaviour or run-ins with the police.

See how long that lasts... 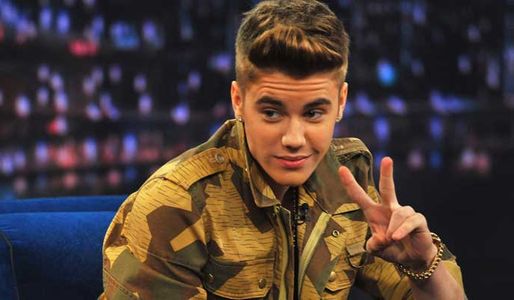