Made In Chelsea has become one of the most popular shows on television and tonight it was honoured with a BAFTA for best Reality And Constructed Factual show of the year.

Made In Chelsea won the BAFTA TV award for best Reality And Constructed Factual show tonight - and the cast and crew were understandably delighted.

​The MIC lot took to the stage and fan favourite Francis Boulle took the reigns with the acceptance speech.

​He said: "On behalf of the cast I'd like to say thank you to Bafta, Channel 4 and Monkey Kingdom..."

​"Anyone who made this show come together we couldn't have done it without you."

​He went on to joke that without them they'd just be sitting around Chelsea "with no cameras around".

​King of smarm Spencer Matthews then took the opportunity to get involved with the speech making.

​He told the audience: "Despite popular belief it takes a lot of time and effort to produce a show like this."

​He went on to thank Bafta for the "incredible honour". 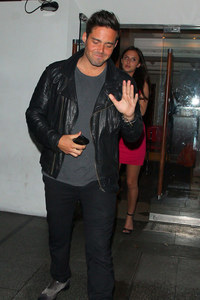 ​Francis then came back to the microphone to end on a classic Boulle Jewel: "Who'd have thought you'd get a Bafta for being posh?"

​Some of the other cast members on stage at the awards ceremony were Spencer's new lady Lucy Watson as well as his ex Louise Thompson, Andy Jordan and Binky Falstead, among others.

​The show was up against some other very popular shows - they beat Alan Sugar's Young Apprentice, I'm A Celebrity...Get Me Out Of Here! and The Audience.

​The next episode of MIC is up this Monday at 10pm on E4. Catch up on last week here...