Be Green. Lose Weight. Live Longer. 5 Reasons To Get On Guilt-Free Flexitarian Diet 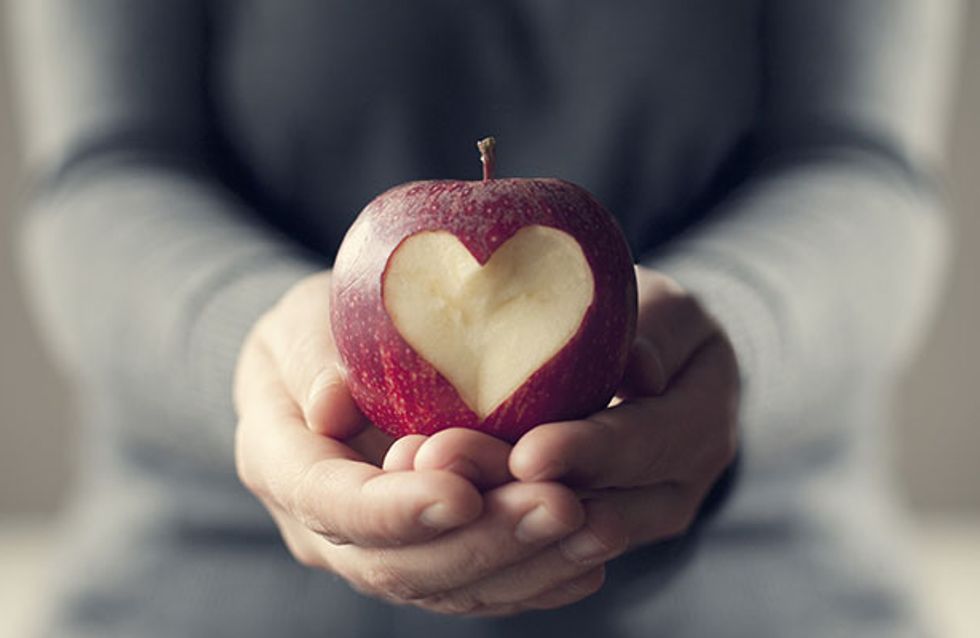 With a fading confidence in public food standards (horsemeat anyone?!) it’s no surprise that we're seeing a shift in the way we eat. Right now we’re obsessing over flexitarianism. It’s flexible, you can eat a ton of tasty veggie dishes AND meat as well as reaping loads of amazing health benefits. Never heard of it before? Here’s everything you need to know about semi-vegetarianism.

It's well-known that Westerners tend to consume more meat than they do fruit and veg, which could explain the rise in diseases such as cancer and heart disease. So why not turn the tables?

The flexitarian diet, which derives from the union of 'flexible' and 'vegetarian' terms is really the best of both worlds.

You’ll gain the health benefits of a vegetarian diet, but will still be able to chow down on a chicken sandwich or burger when the urge kicks in. (We’re all about guilt-free munching here at Sofeminine HQ).

​In short, it’s very much like being vegetarian except cheating is acceptable! And as an American study found that 2 out of 3 'vegetarians' consume meat or fish occasionally, allowing yourself to be officially flexible (without the subsequent shame), seems like a good thing. You’re also more likely to lose weight and stay healthier as you’re A LOT less likely to quit.

So what’s deal? And are there any risks?

To help answer your questions (and ours) we enlisted the help of Nutritionist, Esther Mancebo to give us the low-down on the diet that’s here to stay!

What are the benefits?

Flexitarian is just way better for your long-term health than any other diet and The American Journal of Clinical Nutrition have the stats to prove it. ​In their study they found that flexitarians live 3.6 years longer than the usual meat eaters. Why?

Everyone wants to live forever, right? Boost your lifespan by looking after what you eat. Simples.

2. Lower your risk of cancer and disease

Scoffing down burgers, steak and lamb chops nowadays isn’t doing our health much good. In fact, red meat has been scrutinised in recent years for raising our risk of cancer and causing other nasty ailments.

When it comes to eating fruits and vegetables in comparison to meat we have to have a happy medium in order to gain all the benefits. And this is what flexitarianism is all about.

​Dietitian and author of ‘The Flexitarian Diet’, Dawn Jackson Blatner has investigated the benefits of this diet and found that flexitarians can provide similar advantages to vegetarians in weight and cardiovascular health. Meaning we can enjoy the benefits of a balanced diet whilst still indulging in the occasional meaty treat.

Flexitarians are essentially veggies with an added perk (meat, that is). Research has also shown that vegetarians tend to eat fewer calories, weigh less, and have a lower body mass index than their meat-eating counterparts.

“If you emphasise the plant-based component of this diet -- eating lots of fruits, veggies, and whole grains -- you’ll likely feel full on fewer calories than you’re accustomed to,” says Esther. ​Another good reason to go flex!

Consuming more fruits and veg means we’re more likely to buy locally, which is better for the planet and your health. Esther says it takes more environmental resources to raise animals than to raise plants. And the CO2 production? That’s higher too!

​“Considering that the world population is growing exponentially, many experts claim that in some year’s time it won’t be possible to feed everyone with fish and meat on a regular basis.”

With meat becoming unsustainable would you rather enjoy the advantages of a plant-based diet or indulge in the taste of artificial meat? Think we'll pass on the pink slime thanks.

Every die-hard meat-eater will know that frequently eating meat and fish is anything but cheap. So the thought of even going organic (or anything similar) is something we’d all like to stay far FAR away from (despite knowing it’s actually healthier for us).

But get this. By taking up a flexitarian diet you’ll finally be able to afford better quality sources for your fish and animals.

“This type of animal product not only tastes better, but also has a better nutritional profile, contains no hormones or antibiotics and promotes better animal welfare,” says Esther.

​By eating better quality produce you’ll be able to support the workings of humanely raised meat while also satisfying your taste buds!

How can we become flexitarian? Esther fills us in…

Buy a new recipe book: Flexitarians normally focus on homemade vegetarian meals. There are loads of simple and delicious recipes that can make the flex diet super easy to follow. Failing that, the web has plenty of recipes to keep you busy.

Set a day or two to eat meat: In order to follow a flexitarian diet, you should aim to eat good quality meat or fish once or twice a week.

Make sure to get your protein: Good quality protein intake can be achieved by combining cereals and grains with legumes or nuts. However, it’s recommended to soak or sprout grains and legumes in order to make them more digestible.

Pay special attention to nut consumption: Make sure NOT to over consume nuts and seeds (apart from flax and chia seeds which are recommended) as they contain really high amounts of omega 6 and the healthy omega 3/6 ratio in the body can be easily disrupted. You've been warned!

Ensure a good intake of iron, vitamin B12 and omega 3: Iron can be obtained from eggs, legumes, molasses and green leafy vegetables. For vitamin C (which helps with absorption of iron) munch down on citrus fruits as well as salads like peppers, parsley or leafy greens.

For foods high in B12 consume dairy products, eggs and yeast extracts. (Note: For health reasons take it easy on the soy as overconsumption is generally not good for you.)

Lastly, are there any health risks involved?

Nope. Especially since you’re not actually withdrawing any foods from your diet. But Esther warns: “If you have a health condition or are pregnant and breastfeeding, talk with your health practitioner before making major dietary changes.”

So...Are you thinking about becoming an ethically motivated and health-conscious flexi? Tweet us @sofeminineUK!