Home / Health and Fitness / Diets / Sugar Alternatives: The facts about sugar and its substitutes

Sugar Alternatives: The facts about sugar and its substitutes 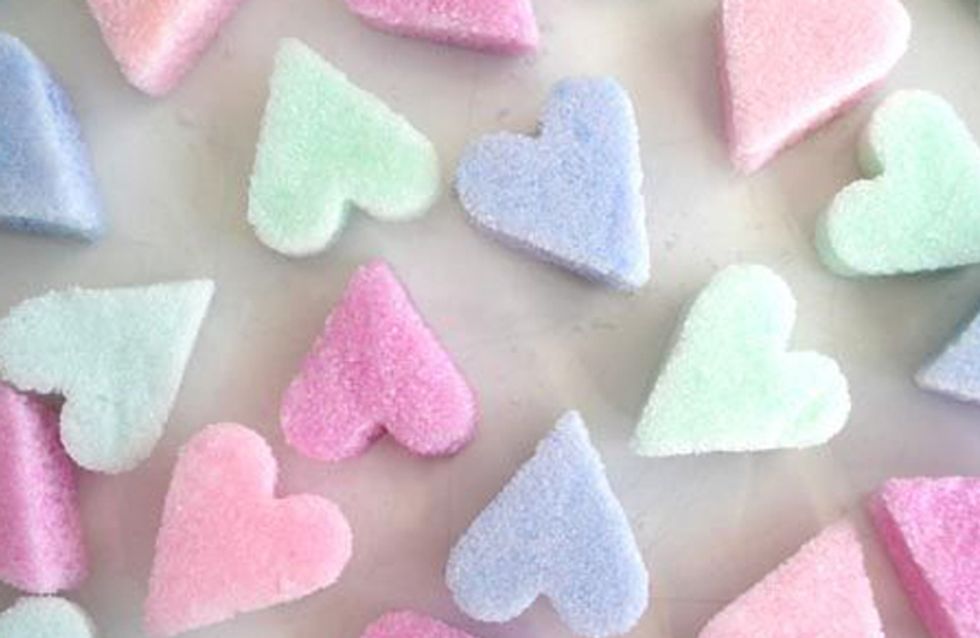 The majority of us want to cut down on our sugar intake but where on earth do you start? With programmes on TV telling us we’re eating too many 'toxic' sugars and warnings about the dangers of deceptive ‘added sugars’ in our food becoming more regular, it’s more important than ever to be clued up about your sugar intake. We took a long, hard look at the facts about sugar and the myths about healthy alternatives.

With sugar reportedly playing a central role in rising obesity and other health concerns like high cholesterol and heart disease, knowing your way around the different types of sugar we eat is essential.

The NHS estimates the average Brit consumes 20 teaspoons of sugar a day. You don’t even want to attempt trying to measure that out for yourselves, it’s just too painful. But the majority of this doesn’t come from non milk intrinsic sugars (fruit, starch) it’s in the added sugars that you might not even realise you’re eating.

But before you start to panic, it's not all bad. British Dietetic Association spokesperson, Rick Miller says: "Sugar is sugar, it isn't toxic. Sugar is needed for energy, and if we didn’t need it then we wouldn’t have the receptors in our tongues. The key is to watch where it’s coming from and how much you're consuming, if it’s coming from added sugars then make sure you cut down."

​We spoke to him get the facts about sugar, the myths about ‘healthy alternatives’ and artificial sweeteners.

Rick says that the biggest problem we face as a nation is battling these added sugars in our foods. On the whole, the consumption of this simple sugary carbohydrate in the UK hasn’t risen since 1958, but the added sugars put into our foods has, by quite a large margin.​ There's even a new campaign called Action on Sugar fighting against it.

“One of the major reasons that people aren’t even aware of how much added sugar is in the products that we buy from supermarkets. If you do have a look on the back of a packet, it could be in chicken or other things you’d never expect it to be in.”, says Rick.

​Think that 'no added sugar' label on your fruit juice means it's OK. Well not even that is safe, as fruit concentrate (high fructose sugar) can be used without being classified as 'added sugar', claims now say these drinks could be just as high in sugar as fizzy drinks. It's got so bad that the Department of Health is recommending slashing our recommended daily sugar intake from 10 per cent to 5 per cent overall.

​So what can you do to combat it? First all of all it’s good to know what kind of sugars there are out there so there’s no confusion when you look on the back of that packet. For starters, Fructose, Glucose, and Sucrose are all sugar. In fact, most of those 'natural', 'healthy' alternatives to sugar are in fact sugar and just as high in calories. The only upside is they might have healthier aspects like vitamins and minerals in them. Confused yet?

Rick says: “It is very very difficult for consumers to get their heads around but these natural alternatives are definitely not 'healthy'. But if weight management isn’t something you’re trying to achieve, maybe some of these will give some variety to your cooking and you will get the benefits from the extra vitamins and minerals.​"

Here's all the facts about the natural and artificial alternatives to sugar:

Manuka honey is a favourite of health food shops for a healthy alternative to sugar but although it does have lots of healthier properties to sugar, it is still high in calories and fructose, but there are still some benefits.

​​Fitness & Nutrition Instructor at TopNotch, Amy Cooper says: “Manuka Honey is naturally sweet and has numerous antibacterial benefits. You also don't need to use as much as normal sugar. Always look for a trusted source when buying this product. Comvita are one of only a few Manuka honey retailers proven to be labelled with the correct UMF rating and selling genuine Manuka honey so be sure to buy from a trusted source.”

Rick says that stevia is one of the only natural alternatives to sugar that is relatively calorie free.

"Stevia is made from a plant extract. It was first created in Japan and has been used for sweetening their food for many years. As it's a lot sweeter than sugar and calorie free, it can be very effectively as a replacement.", he states.

Another option branded as a healthy natural alternative is date paste. This is essential crushed up dates and so has that little extra bit of fibre that can go a long way.

​Rick says that out of all of the natural alternatives, this is the one with the most minerals in it.​ "Date paste has a better vitamin and mineral profile than the other sweeteners. Per serving, there is a good amount of calcium, magnesium and small amounts of zinc and vitamin B6."

“Coconut sugar is the same thing as palm sugar. Again it’s similar to date sugar is that it’s a reasonable source of magnesium, iron, zinc, and potassium in it but still has calories in it.”, says Rick.

Really, one of the main benefits from coconut sugar is the fact that it tastes amazing!​

Haven't heard of blackstrap molasses? We're not surprised, but you may be familiar with it's taste. Rick says this is one of the main ingredients that gives baked beans their distinctive flavour.

"Blackstrap molasses is quite a traditional sweetener, but you would probably find it in most good health food shops. It’s a good source of calcium, magnesium and it has a very small amount of iron and copper in it as well.", he says.

Things like Canderel, Splenda, and Saccharin are all popular artificial sweeteners and the only real difference between them is the taste and personal palatability. ​

“Artificial sweeteners work on the principal of all of the sweet but none of the guilt. They mimic the structure of a sugar molecule and release the same sweet sensation to the brain. They don’t give you more energy, make you more alert or have the calories as regular sugar.”, says Rick.

Still a bit wary? Don't be. Vicky Pennington, Boots Nutritionist, says as with anything, taken in moderation artificial sweeteners are perfectly safe.

"Artificial sweeteners (including acesulfame potassium, aspartame, D-tagatose, neotame, stevia glycosides, sucralose and thaumatin) have been approved for use in the European Union and are considered as safe for daily use in moderation at or below their Acceptable Daily Intake (ADI). The ADI is the amount of additive, corrected for body weight that can be ingested daily over a lifetime without appreciable health risk."

So what do you think? Clued up on your sugars and their alternatives? Or more confused than ever? Tweet us at @sofeminineUK.

by Maria Bell
#Nutrition
From hair ideas to outifts, look no further for your daily inspiration