Home / Health and Fitness / Diets / Boost Your Brain Power! The 10 Best Foods For Your Brain

Boost Your Brain Power! The 10 Best Foods For Your Brain

by Vivian KELLY Published on 8 October 2014 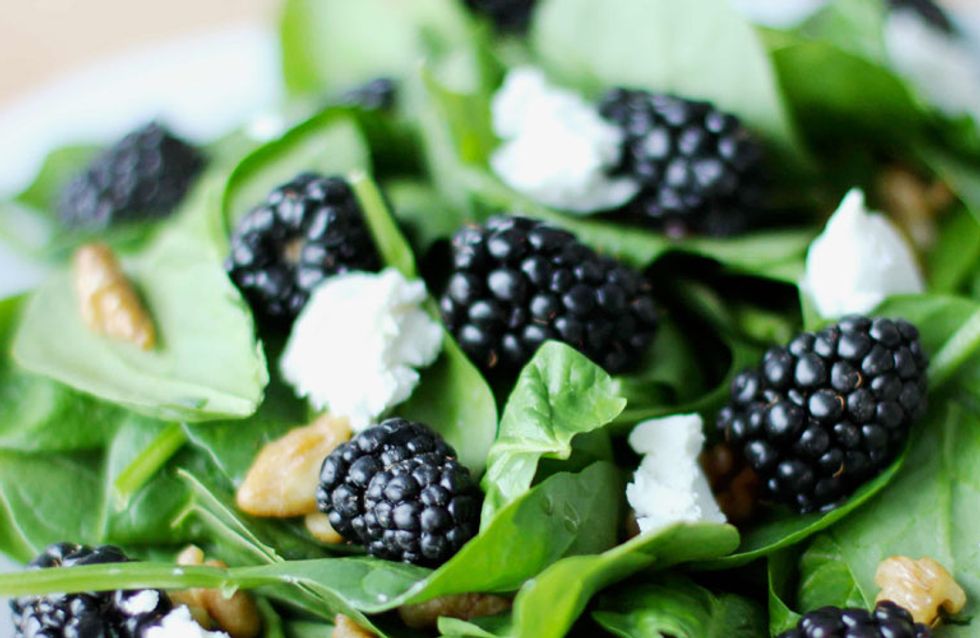 Tired of feeling sluggish and out of sync? Chances are you're probably low on energy. But that doesn't mean you need to nap or grab a sugary energy drink to give you a boost. Change the way you feel naturally with FOOD (we're not saying no to that). If you're in need of some energy but not sure where to start, fight back by going through these top 10 foods for your brain...

Ladies, it's time to wave goodbye to those days you just feel blurgh. Tea and biscuits only you get you so far when it comes to energy so take a healthy approach to surviving a busy day by incorporating the following tasty foods and drinks that are proven to increase brain power and improve your mood.

In-house nutritionist at Lifesum, Lovisa Nilsson says, "People often forget about the ways in which diet affects their brain and functioning and focus too much on other aspects. Our brains are organic machines, that need powering and looking after". Here are a few food options that may help you succeed at work and on the go...

Scrounge your kitchen for salmon, trout, mackerel or sardines - when it comes to clear thinking it's all about oily fish. Oily fish will provide you with Essential Fatty Acids (EFAs), otherwise known as the most effective and natural source of omega-3 fats you can get. Period. And here's why you need 'em.

"To boost concentration, the nerve fibres that send messages between brain cells need to be insulated by a fatty substance called myelin. Omega-3 is known to help build myelin, so by eating something such as mackerel on toast in the morning or taking a can of tuna into work as a snack, can help increase brain function," says in-house nutritionist at Lifesum, Lovisa Nilsson.

If you're not a fish person, don't fret. To benefit take fish oil supplements daily as a source of essential fatty acids. We recommend Nature's Best Pure Fish Oil but if you're vegetarian go for Udo's Choice Ultimate Oil Blend capsules made with a blend of organic plant-sourced oils. It's all that you need.

Can berries make you smarter? Well, research says they might. A study at Reading University found that phytochemical-rich foods such as blueberries can boost concentration and memory up to FIVE hours later. Can this actually be true?

Lovisa agrees, she says, "They're well known brain foods, due to their high levels of polyphenols, antioxidative and anti-inflammatory compounds that positively impact the nervous system and brain function helping to combat memory loss and enhance your general mood.

"​Polyphenols also have the potential to prevent the progression of neurodegenerative diseases like Alzheimer’s and Parkinson’s while blackberries can help promote the healthy tightening of tissue and prolonged consumption has been proven to keep your brain alert and maintain clarity of thought."

Have your berries first thing in the morning and sprinkle them in your porridge or cereal. Or better yet, keep a small bowl of them at your desk and nibble them throughout the day. Brainpower multiplying.

Like oily fish, eggs are rich in omega-3 acids but there's another brain booster they've got too...

"Eggs contain vitamins D and E12 (modulators in brain development), and choline. Choline plays a major role in metabolic pathways and acts as a neurotransmitter which improves your memory and cognitive power.

"​To ensure a prolonged mood increase, it is best to eat foods containing phenylalanine, a molecule used to make dopamine which is found in eggs." Who doesn't love eggs?

Go on, have that omelette for breakfast. You know you want to.

Learning something new? A few humble handfuls of spinach can do wonders for your brain.

Lovisa says, "Spinach, like tomatoes, contains antioxidants that combat free radicals. When tested on rats, researchers at the University of South Florida found that spinach improved both memory and learning skills.

"The high potassium levels found in spinach also increases the speed of signals between neurons, helping our brains to be more responsive."

The best way to get spinach into your diet is to add some leaves to your meals - it doesn't matter what it is, just go for it. If you're not a spinach fiend, try adding a handful of leavesl into a morning smoothie. Trust, us the colour may look sickly but the taste is still delicious. Sweet and simple.

We all love those cherry tomato packs we pick up when we're feeling abnormally 'healthy' that day. Here's more reason to keep munching them!

"Tomatoes contain an antioxidant called, lycopene, which prevents free radicals from damaging brain cells. If you make an effort to try and avoid cell damage, your attention span, memory and problem solving skills will be preserved and enhanced," says Lovisa.

Luckily, tomatoes are incredibly popular and go well with almost ANY meal. So whether it's tomato and mozzarella omelette for breakfast or baked pesto chicken for dinner, your choices are endless.

Goji berries are touted for their powerful affects on longevity with research suggesting that they may even improve back pain, dizziness, mood and eyesight. (In Asia especially, they can't get enough of this Himalayan born fruit.)

"These berries are powerful antioxidants that are rich in carotenoids, including beta-carotene, which produces vitamin A, known for its ability to prevent energy deficiency. In the long-term the polyphenolic compounds in goji berries have been proven to prevent depression", says Lovisa.

So not only are you getting more energy throughout your day but they're also proven to make you feel awesome too! Try to incorporate them into your diet by adding them into a cup of green tea, nibbling on them between meals or adding them into smoothies. These sweet and sour bites are so delicious once you try them, you'll be hooked.

Don't be fooled by the power of pumpkin! This healthy treat is not only good for carving. Eat their seeds!

"By eating a handful of pumpkin seeds each day, you will get the recommended daily levels of zinc which is vital for increasing brain power by enhancing your memory and focus.

"The seeds are an excellent source of the amino acid glutamate which is required in the synthesis of y-amino butyric acid (GABA). GABA is an anti-stress neurochemical in the brain, which helps reduce anxiety and nervousness which helps you keep calm and focussed while at work."

Add these scrumptious seeds to salads, pasta, vegetable bakes or eat them on their own! You can even spice them up and toast them. Divine.

There's a reason these tree nuts look like tiny brains!

Lovisa says, "A study by the British Journal of Nutrition recommended students eat a handful of walnuts before taking an exam because the nuts improve inferential reasoning skills due to their neuroprotective compounds like omega-3 fatty acid, polyphenols and antioxidants".

Fortunately walnuts are sold in most food stores and can be easily incorporated into your daily eating routine!

But note, it's best to eat them with the skin so don't try to peel it off (besides that's hard work anyway). Add them to porridges, salads, yoghurt or just keep a handful by your desk side. Trust, your 4PM slump will thank you.

We've heard about chocolate being good for the heart, but our brains? We didn't have a clue. Turns out it's the perfect treat when you're feeling drowsy (and not just for pleasure).

"A study led by the University of Nottingham discovered that chocolate contains flavanols which enhances brain function for people fighting fatigue and even the effects of ageing. Flavanols are typically found in red wine, green tea and berries.

"​However, it's only present in high volumes of cocoa so you would have to make sure you were consuming cocoa-rich dark chocolate to benefit from the effects."

To really reap its brain-boosting benefits, make sure you go for dark with at least 70 percent cocoa. Eat a couple of squares when you're sluggish and savour. Dark, milk - all chocolate tastes amazing! Just remember not to go overboard.

Water is your easiest source for energy! Sure, it may not look like it at first, but it really does make a great pick-me-up.

Lovisa says, "If you do not drink enough water in the day it has actually been proved that it can make your grey matter shrink, making it harder to focus and think logically.

Dehydration can cause physical symptoms like fatigue and cause headaches. Over 70 percent of our body is made up of water, including the activities of the brain and nervous system so it is crucial that you drink the recommended amount of water (2.5 litres) a day."

If water isn't your thing make flavoured water with lemon, mint and cucumber, it's as easy as that. Get sipping girls!

What other foods do munch on for a brain boost? Tweet us @sofeminineUK!

Chocolate Or Your Boyfriend: Which One Will You Love For Longer?