Why You Should Go Nowhere Near A Waist Trainer 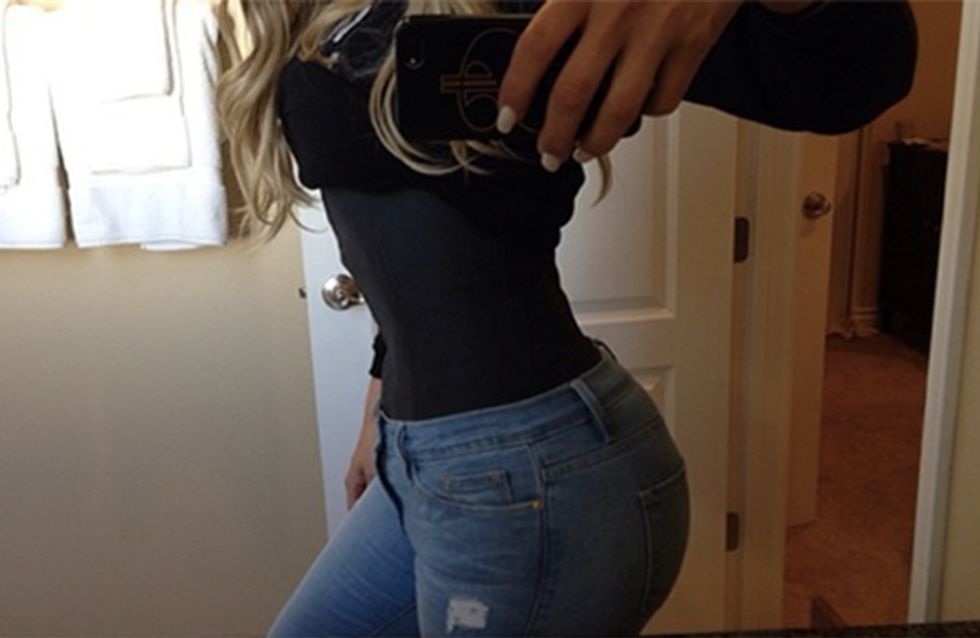 Great. Another thing you should add to the list of 'Things The Kardashians Do That You Should Never, Ever Try' (ahem sex tape, Kanye West... the list goes on). Khloe Kardashian recently posted a selfie wearing Kim's 'Waist Trainer' and trust us, it was all kinds of wrong.

The Kardashian's have the kind of bodies that halt traffic so there's no wonder Khloe wants to show off her curves but this photo... just went too far.

The photo was accompanied by this comment: "I love my waist trainer from @premadonna87!!!! Miss @blacchyna has me obsessed!!! Who doesn't love to feel tight and right?!? ? #whatsawaist #waistgang #Fitness #GetItRight."

Irresponsible much? We mean, #waistgang, is she serious?

There's been an alarming trend among celebrities who are championing corsets as a way to keep trim. Jessica Alba swore by wearing a corset after the birth of both of her children, claiming it was the key to getting her figure back, but for the rest of us using corsets to get thin is a big no-no.

The idea is that by wearing a waist trainer for a short period of time, and gradually increasing how long you wear it for as you go on, you can ‘train’ your waist to mould into a tighter shape.

An easy search around the internet will lead you to sources claiming that waist training is a great 'non invasive' way to get a smaller waist - the only other 'invasive' option being removing your ribs. Ye-ah...

Not only does this 'trend' seem obviously bad for you, it really is bad for you. The health risks include serious damage to your internal organs, bruising, difficulties breathing and it can actually slow down your metabolism from lack of oxygen.

Bottom line? There's a reason we left corsets behind in the Victorian Era, they're scary, damaging and actually not that effective a way to get a waist (without screwing your body over completely).

Would you ever use a waist trainer? Join the discussion and tweet us at @sofeminineUK.