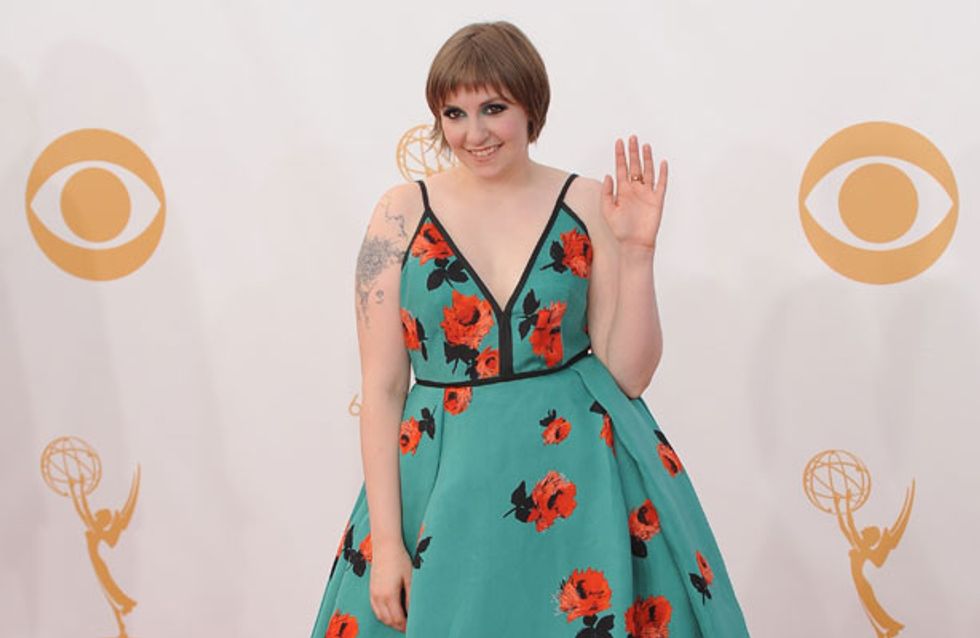 Vogue is known for their flawless cover models, all of whom conform to a very specific look. When Radar Online reported yesterday that the glossy is after Lena Dunham to grace the front cover of US Vogue, the reaction from readers was genuine surprise. She doesn't fit the traditional Vogue mould... which is perhaps the very reason they want her.

Anna Wintour, Vogue's editor in chief, is known for her severe bob and super slim bod. The majority of her cover girls are known for being the latter as well. It may be conceived as odd that Wintour would be so interested in Dunham, as she's not a size zero nor does she have the stereotypical Vogue look, but the move is actually quite strategic.

(The only other 'plus size' cover model in recent history is Adele.)

Wintour is said to be very impressed with Dunham's red carpet transformation. Her polished and chic look at recent events is a far cry from the dumpy rompers she's seen sporting on her hit HBO show, Girls.

For her part, Lena has demonstrated a keen interest in fashion, from her bold Prada gown at the Emmy Awards to sitting front row at the Miu Miu S/S 14 show, where she made her Paris Fashion Week debut. She's been seen donning Valentino and Saint Laurent as well (in fact we have major wardrobe envy). She also accompanied Erdem to the Met Gala 2013 in one of his own designs.

It is also being said that the gravitation towards Dunham is in hopes of attracting a new readership to the magazine.

An insider says, "Anna is trying to seduce Lena into bringing her next-generation audience to the Vogue brand."

Wintour is reportedly scheduling a top-secret dinner in the 27-year-old's honour. It is said to be the first step for Anna to see if Lena is genuinely interested and will indeed be a good fit.

What do you think of Lena as a Vogue cover girl? Reckon she's a good choice? Tweet us @sofeminineUK!