by cheree Published on 8 October 2009 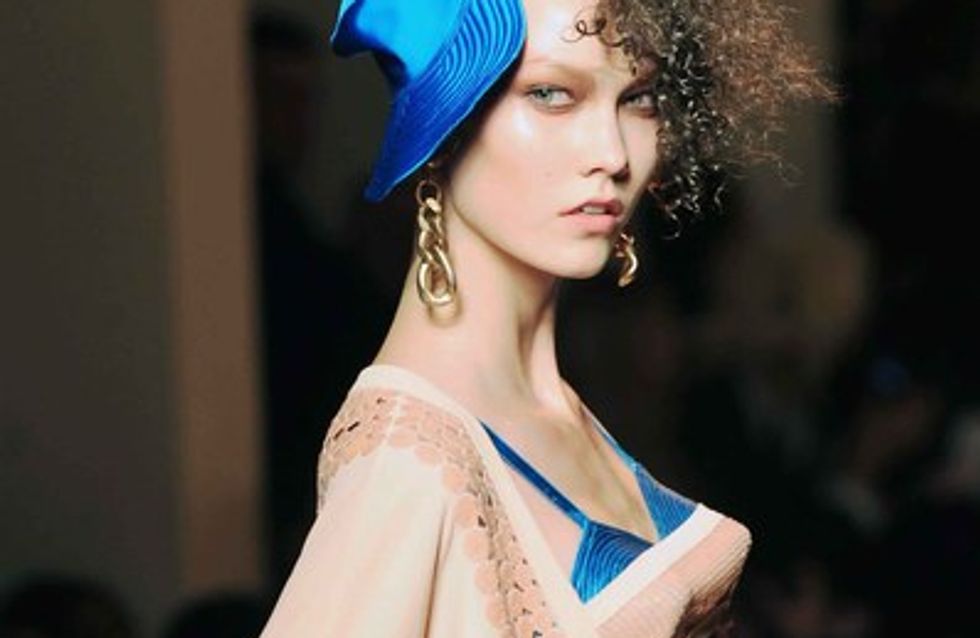 One could argue that some of the big wardrobe basics from the last few decades were dreamt up by Jean Paul Gaultier: the masculine-cum-feminine look, military style, sailor style, etc.

Baptised "G spot" (G for Gaultier of course), this collection is overflowing with lingerie. Underwear becomes overwear as items of hosiery are directly integrated into clothing, resulting in bra-based dresses and corseted mini-skirts. Gaultier revives his conical bras, originally created in the 80's but immortalised by Madonna during her Blonde Ambition Tour in 1990.

"Back to basics" is the message that Gaultier seems to be sending out as he reinterprets his classics. And with the omnipresence of baggy denim, there is a distinct nod to urban streetwear, not just to pop's more eccentric past!

by cheree
For all the best videos, memes and shareable news!