Fur-Free Designers: The Fashion Moguls With A Heart 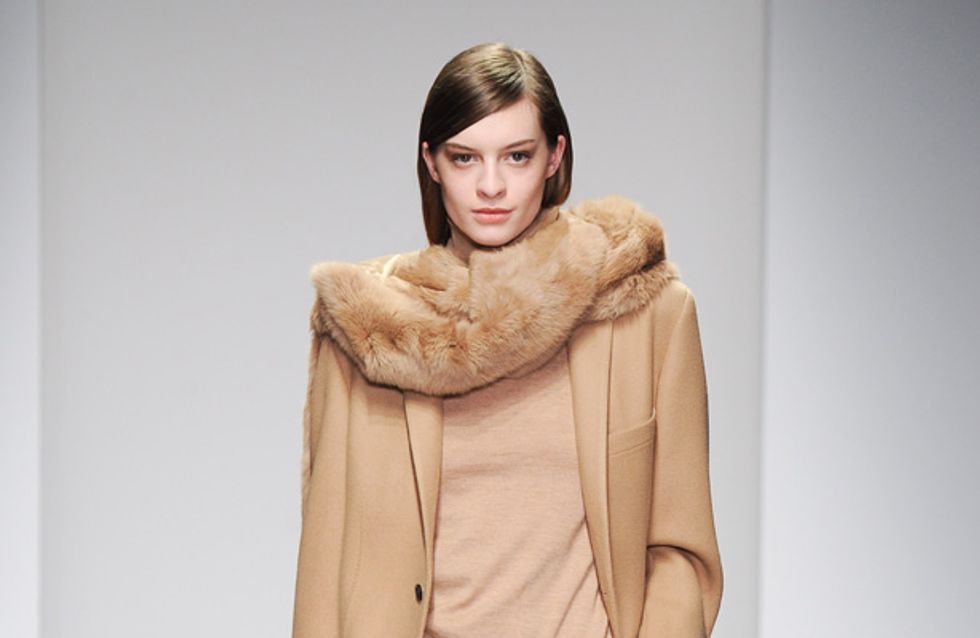 From London to New York, AW14 saw an army of fashion designers parading fur down the catwalks in their much lauded collections, including Tom Ford (a self-confessed animal lover, yeah whatevs!) to Michael Kors and Christopher Kane. But enough of those names, here's a look at the designers and retailers that operate a strict no-fur policy. We like these ones way better.

No matter how many animal welfare campaigns are shoved under front row noses, the fur debate is still strictly off limits for many designers.

Considered the foie gras of fashion, it's made quite a stealthy return since the mid 80s right to the heart of high end fashion and the high street! It seems not even a naked Naomi Campbell PETA ad can stop the passion for pelts.

Figures released by the International Fur Federation show that the fur trade is far from winding down and is worth more than $40 billion (£24 billion). Yikes.

"It's easy to get caught up in the emotions that the business can generate, but the truth is that the fur trade is an economic cornerstone in Europe and beyond," IFF CEO Mark Oaten told The Telegraph. Try telling that to the billions of rabbits, minks, dogs and cats suffering for our vanity.

Whilst the fur industry continues to boom, particularly in China, it's good to know there's a few fashionistas with a conscience for cruelty-free couture out there.

Get bookmarking the designers that have pledged to keep away from the furry stuff for good. Amen!

After shocking footage emerged of bunnies being live plucked in Chinese factories for their fur, All Saints decided to boycott all its Angora stock earlier this year. They have since revealed they have no plans to work with it in any future lines.

All hail H&M. They've got a product policy to be reckoned with including a total ban on Angora and a zero tolerance on fur all together. And that's not all. Exotic animal skins, shell products, down from live plucked birds - they're all no-goes for H&M. What a hero.

Against animal testing? Check. Cool with Angora? No way. Aside from being a treasure trove of fashion must-haves, ASOS firmly believes that cruelty to animals has no place in its online store. They refuse to use real fur or pelts in products. This includes Karakul lambskin pelts from aborted or newborn lambs.

Where would British fashion be without Vivienne Westwood? After speaking with PETA back in 2007 she said no more to fur and her line became officially animal-friendly. She even had PETA donate her last eight rabbit-fur handbags to a wildlife sanctuary to comfort orphaned animals. Must blink away tears. Kudos to Vivs, the woman has a buzz cut - she's as fur-free as they come.

Marks and Spencer followed ASOS's lead and decided to pull Angora products from its shelves late last year. They also operate a strict no fur policy and this includes farmed fur such as fox, mink, chinchilla and sable. Indian cow hide and live plucked feather and down does not comply with their business principles either. Now that's how it's done.

Half naked Kellan Lutz campaigns is not all Calvin Klein's good at, turns out he's pretty clued up in the faux fur department too. After PETA met with him to watch a film of animals being killed to make furs, he vowed to end all fur licensing agreements in 1994 after 17 years in the business. See, it's never too late to go without fuzz.

McCartney told Vogue: "I think my designs have shown that animals don't need to suffer for fashion. I don't understand the need for fur; the use of real fur is just repulsive and I think there are plenty of ways you can make a coat or a bag look great without it." Hear, hear Stella!

You don't have to be a regular Arcadia fan to know that Sir Philip Green is seriously anti-fur. He has it in writing that they are committed to being fur-free through the international consumers for a fur free society program. He runs a tight ship that Sir Philip. Working with the RSPCA, the brand has also started to track the sourcing of other animal products.

in 2006 called time on his runway haute couture hide. Once again after meeting with PETA and being made aware of the harrowing footage of grisly fur farms in China, he signed his name on the dotted line and decided to pull all fur from the shelves. He also went the extra mile and donated 1,200 of his fall 2006 fur-trimmed coats to charities in developing nations.

COS, the go-to destination for all things stylish, has been against fur from its inception, paving the way for fur free fashion right from the beginning. It's signed up to the Fur Free Retailer Program to further support the concept. Massive brownie points from us.

As for the rest: Zara, Chanel, Gucci, Harrods shame on you. You're lucky we don't have a pot of red paint to hand.

WATCH - The reality of fur farming in China

If you can stomach it - here's a powerful video of Olivia Munn exposing the truth behind fur farms in China.

Where do you stand on the fur-free argument? Join the debate @sofeminineUK