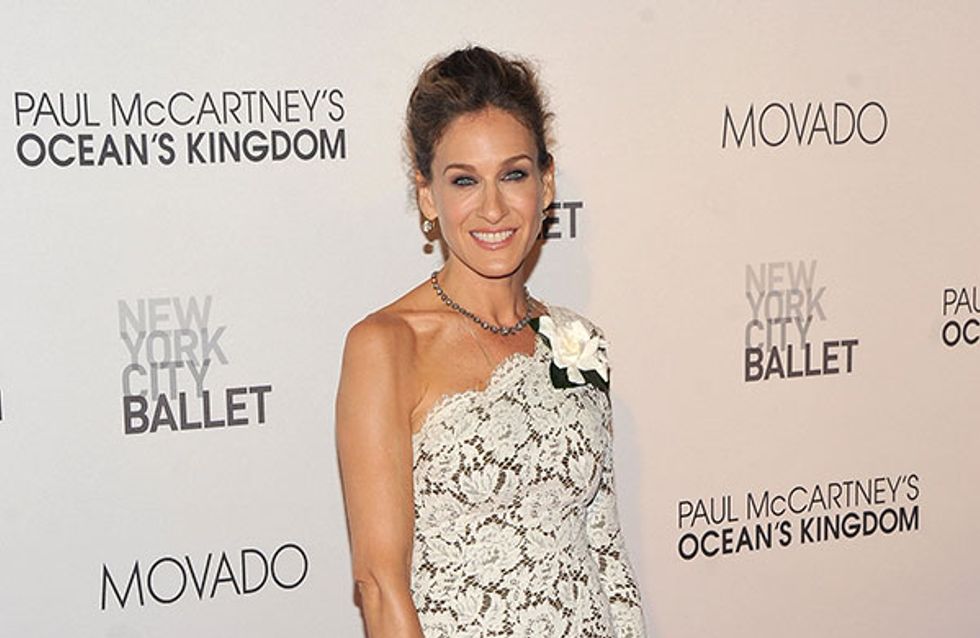 We literally couldn't think of a better celebrity to launch a range of high heel shoes than Sex & The City star, Sarah-Jessica Parker. Yep, finally our fashion dreams have come true now that the Carrie Bradshaw star has announced her shoe collection is in progress. This definitely calls for cocktails!

As her character Carrie Bradshaw says: "Men I may not know, but shoes, shoes I know.” It was surely only a matter of time before Sarah Jessica Parker realised we needed her to create a shoe collection. One that we could lust after now SATC is just a hazy Cosmopolitan-infused memory.

Carrie Bradshaw put Manolo Blahnik on every shopper's map - as the quintessential high-heel-aholic there was barely an episode of SATC without a special mention of shoe shopping, or how high-heels really are the only way to happiness (a philosophy we totally can get on board with!)

Her shoe collection is to be called SJP (of course) and to create it she is working with some of the biggest names in shoeland including George Malkemus, CEO of Manolo Blahnik. So before you write it off as another faddy celeb launch, SJP is no fashion flash in the pan - it's set to be a style success that heel-hungry girls will all want a piece of.

Sarah Jessica revealed her big shoe announcement on the 15 year anniversary of SATC - which was pretty much made up of 80% shoe talk and 20% sex talk - so what better time to tell the world the Carrie Bradshaw heel obsession is not yet over?

The SJP collection will be high-end with prices to match. Shoes will start from £130 for a pair of flats, but a handbag (yep she's designing those too) will cost up to £450.

Her collection is reportedly inspired by French shoe designer Charles Jourdan and Maud Frizon, a model-turned-footwear designer from the sixties (obviously), and will be available from early 2014, retailing from Nordstrom.

In an interview with US Vogue, Sarah-Jessica said: "In a silly way, I think it's what people have expected of me most because of Carrie Bradshaw. We're putting new colours together that people don't typically do, just beautiful combinations that you wish existed in your closet."

We can't wait to see the SJP collection next year and if her Carrie Bradshaw taste in heels is anything to go by we can only expect it to be utterly fabulous.