Home / Love & Sex / Dating / What is Tinder? The sexiest app for singles that finds hot friends of friends

What is Tinder? The sexiest app for singles that finds hot friends of friends 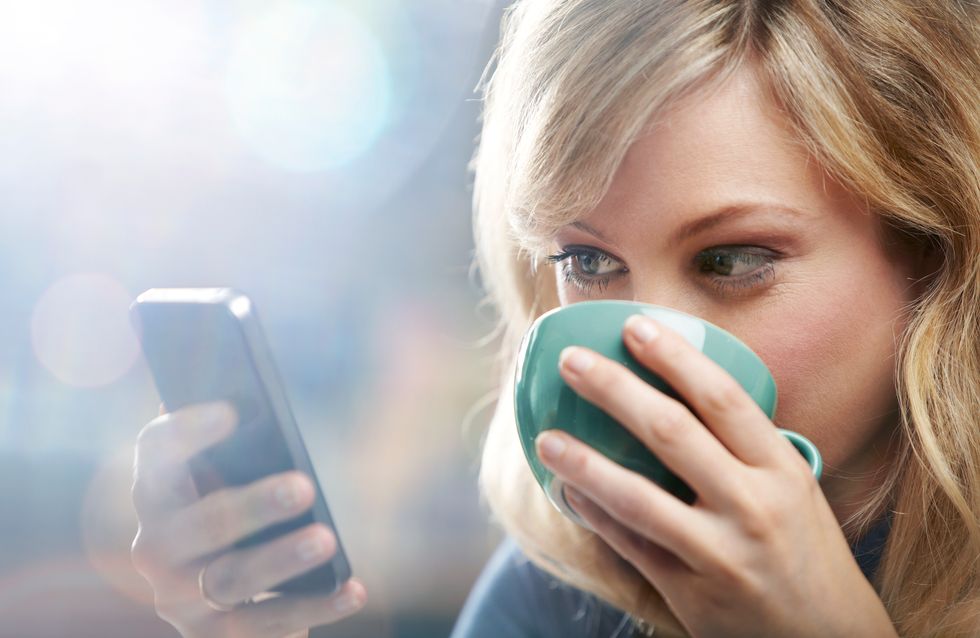 If we told you there were potentially thousands of smoking hot single men within your grasp you’d want to know how to reach out and grab them right? Well Tinder is the mobile-only dating app which is helping loads of single guys and girls get their hands on each other and, believe us, we do mean literally…

Tinder has a reputation already as being one sexy little app that helps you with your hook-ups. But really it's about making connections. Broadly speaking Tinder is a mobile dating app that lets you connect via your Facebook account, to other singles in your area.

Yes we know – FACEBOOK – warning bells. But don’t worry, no information Tinder collects will ever be posted to your Facebook page which is a big sigh of relief all round. What it does take though is your Facebook friends (yes kind of awkward if you pop up in each other's app) and a maximum of 5 of your Facebook photos to make up your profile.

If you hadn’t already clocked it, Tinder is not hold the press new. Grindr, Jacked and other dating apps have been out there for a while - but unless you're a gay man, they might not be your scene. And even the straight equivalent Bendr is old hat in the dating world. So what makes Tinder so headline grabbing?

One thing that Tinder has got going for it is a bit more of a vetting system. Allow us to explain...

Most of us single gals want to meet hot guys from time to time, and what Tinder does is supposedly take the embarrassment out of that awkward situation where you really want a man (we all need manhandling from time to time) but don't know anyone hot/available/straight to fit the bill.

That said, Tinder is not just about straight-up sex - it's a dating app after all. The CEO of Tinder has said they're responsible for marriages AND even have a few celebs with accounts… Anyway we digress.

​A massive benefit to all other “dating” apps is that Tinder is incredibly easy to use. All you have to do is download the app for free onto your phone, let it receive your location and then basically away you go.

​Only your name, age, location, 5 pictures from your Facebook and your Facebook likes (we advise having a quick sort through these before you sign up to avoid any awkward groups you liked back in university popping up for all to see) make up your entire profile.

​From then on you can scroll through a whole list of guys in your area. If you like them you either "like" the green heart or scroll to the right, if they’re doing nothing for you then just swipe them away and carry on browsing.

​Really it’s kind of like that Hot or Not page from way back when, but now you can actually get dates with them rather than haplessly ruin people’s self-esteem.

Then comes the match up. You can only message someone if you BOTH have “liked” each other on the app. So gone are the days of never-ending messages from 42-year-old Terence, with this app only people who you’ve already given the green like to, will get a look-in.

​For all intensive reasons, Tinder is basically giving you all the best bits of Facebook stalking with the potential for a date at the end of it. A win-win you might say.

​There’s even a Matchmaker feature – you can introduce two mutual friends to each other, we don’t know if this is a one-click move towards hideous embarrassment or absolute genius but there we go.

So what do you think? Is Tinder for you? Tell us what you think at @sofeminineuk. Happy Tindering!