14 Incredible Benefits of HIIT Every Girl Needs To Know 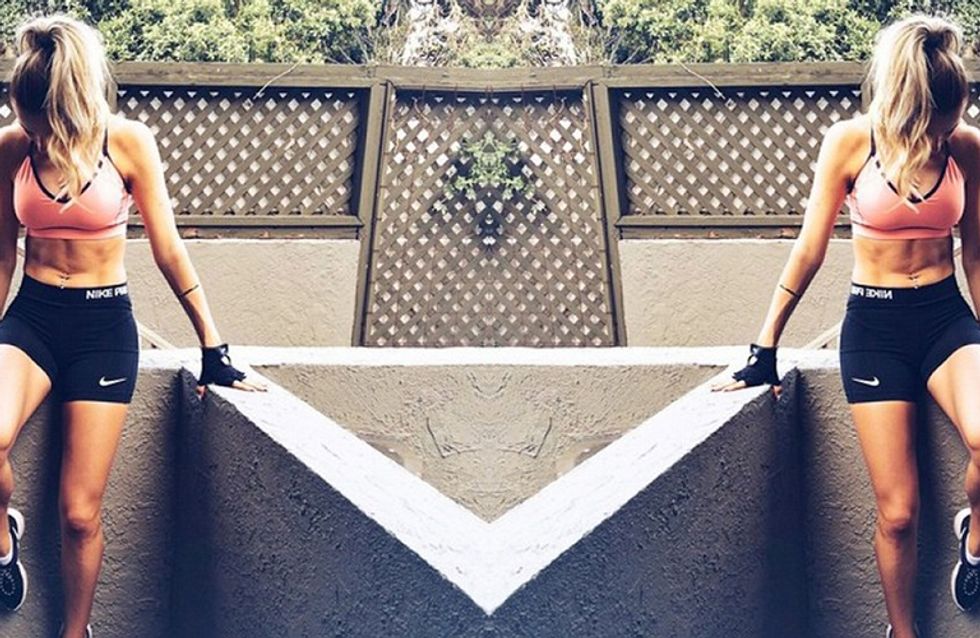 We’ve got to that time of year again. The weather’s warm and we want to get fit, but only if it involves sunbathing and eating barbecued food all summer long. It feels almost too hot to go running and the gym is a dark, despondent hole that we just don't want to fall into right now, not when we could be drinking Pimms in a beer garden. But what if we told you there's a way to get fit that includes plenty of rest breaks and you don't even have to set foot in a gym. Sounds good, right?

​HIIT, which stands for High Intensity Interval Training, alternates between short bursts of high intensity exercise and rest periods. So if you’re looking for something that breaks the monotony of your usual workout, this is it.

We spoke to Carl Wallace, gym manager at PureGym in Stoke and Virgin Active's national PT manager Hugh Hanley to learn just why you should shake up your training with a spot of HIIT this summer….

When we talk about the high intensity of HIIT training, we mean it. Emphasis on the high. This interval training is seriously intense. Imagine the the most intense thing you can think of, and double it. It's even more intense than that. More intense than your annoying friend that everyone calls “Mad Tina”. Yeah, more intense than her. More intense than listening to german techno at 2am alone in your bedroom, or watching ‘The Box’ scene from Seven on repeat for three hours. Seriously, that’s how intense it is. Intense.

2. …But it only lasts seconds

That’s right, seconds. Each burst of exercise will only last around thirty seconds. That’s like the the time it takes to read the length of this paragraph. So by the time you’ve finished reading this, it’ll pretty much be time to stop exercising. Win!

3. You continue burning fat long after the workout's finished

Carl Wallace, gym manager of Puregym Stoke, tells us that the intensity of the workout ensures that the body continues to burn fat for up to 48 hours after exercise. So when you’re at home eating a Double Decker later that night (I mean…what?), your body is still torching a shed load of fat. When you wake up with achey quads the next day you know that burn ain’t for nothin’.

4. You get a nice little break

Praise be to Jesus! The hard work from all the exercising comes with a lovely bit of regular respite, which you don't get running on a treadmill. Carl says that one of the most popular types of HIIT called Tabata is based around an effective twenty second workout followed by a ten second rest, which allows you enough time to have a little cry before you start your next twenty seconds.

5. It's a great workout for stroke sufferers

According to a study by the University of Cincinnati for people who have suffered a stroke, HIIT has proven to be a particularly effective workout in assisting with their recovery compared to regular, more boring exercise regimes, (our words not theirs), and is said to significantly improve aerobic capacity.

And when we say a lot, don't underestimate us. Seriously. You remember how intense we said this workout was? Well that intensity really pays off: HIIT training can burn a massive 13 calories per minute - which, FYI, is three whole calories more than running. Carl says the reason for the boost in calorie-burning is due to your body working to your maximum heart rate.

7. It also burns way more fat than other workouts

Yup. In case you missed it in point three (just admit it: I had you at "double decker"), HIIT not only burns the calories but torches the fat too! Virgin Active’s national PT Manager Hugh Hanley tells us that this is due to the intense exertion that goes into your workout, which will increase your resting metabolic rate, helping to burn more fat than other moderate exercise regimes.

8. It can be a pretty speedy workout

Hugh says that three twenty-minute HIIT sessions weekly will be plenty to begin seeing results. Want to put that into perspective? That’s about the same time it takes to watch one episode of your favourite sitcom. Where else are you gonna get a killer figure in the time it takes to watch an episode of Friends? And guess what - everyone will remember The One Where You Get Stone Cold Abs.

9. So you can fit it around your schedule

Hugh also says that due to the short nature of the workout, it’s easy to fit around a busy schedule: “Whether you want to squeeze a workout during your lunch break or are rushing home to the family, HIIT gets you in and out of the gym super quick.” So whether you've got a date tonight or it's just a great evening for a few cheeky cocktails, there’s always time for a quick HIIT hit. Basically, you can no longer use the excuse that you “don’t have time to work out”. Sorry.

Having said that, you don’t have to be holed up in the gym to get your teeth into a good HIIT sesh. You can take it to the streets, or to the beach, or to the park. Sit-ups with the sea lapping at your toes. Pulls-ups on a tree branch. Push-ups whilst squirrels hide nuts in your hair. Really getting back to nature. What could be better than that?

11. It can lower glucose levels

It turns out that, whilst being great for busy people and people who hate gyms, it's also great for people who suffer from diabetes. A study in Denmark showed that, over 12 weeks of high intensity interval walking for patients with Type 2 diabetes, their blood glucose levels were better controlled using this method of exercise rather than continuous moderate exercise, despite burning the same amount of calories.

A Denmark study of patients living with Type 2 diabetes showed that over 12 weeks of high intensity interval training, their blood glucose levels were better controlled using this method of exercise rather than continuous moderate exercise, despite burning the same amount of calories. ​

As Carl points out, you don’t need equipment to complete your HIIT workout, and you don’t even need a gym - your body is literally the only tool you need. So you can’t use the excuse that “gyms are too expensive nowadays” to avoid working out. Sorry again.

13. It can help you get better at other sports

“HIIT can help increase speed, agility and power for sports such as football or athletics,” says Carl. So if you ever wanted to take up a new sporty hobby such as tennis, this style of training preps your body so that you'll be able to dart around the court and hit those balls like a pro. Two birds, one stone.

14. It can help ease the effects of Parkinson's

Need any more reasons to take up HIIT? Okay. One more. Research undertaken in Poland shows that the muscle rigidity found in sufferers of Parkinson's Disease was significantly alleviated in both the upper and lower half of the body after just one hour of interval training, thrice weekly for eight weeks. I know, right? Crazy good benefits!

What do you think of HIIT training? Let us know! @sofeminineUK

21 Reasons Why Yoga Is The Best Workout Of Them All

The Only Squat Workout You Need To Get A Bigger Booty