Coca-Cola Thinks You're Fat - But They Want To Help 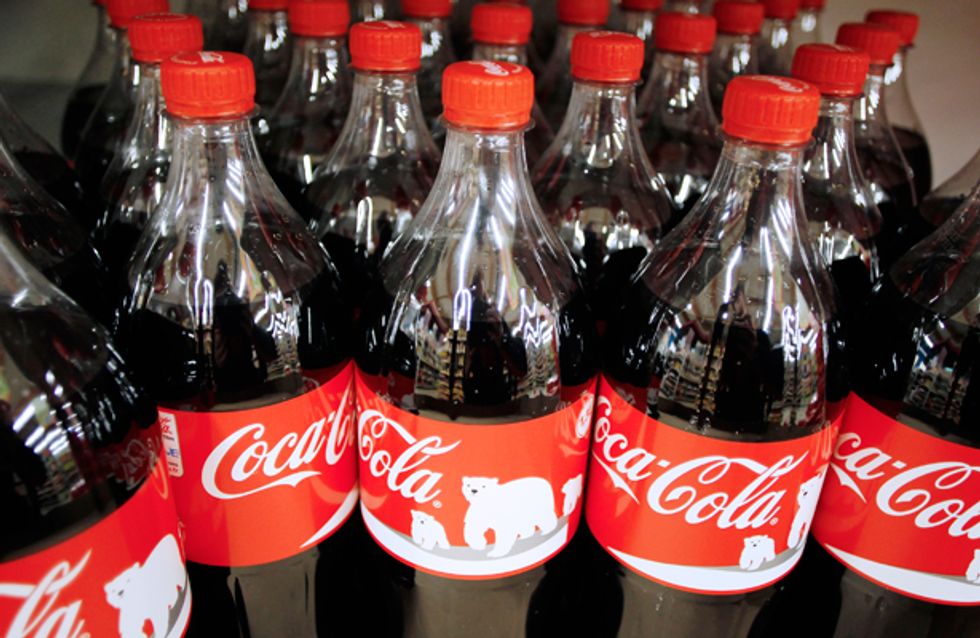 When a company closely linked to the 'obesity epidemic' turns around and tries to help curb it, what do you think most people do? Scoff of course, we're British. So when Coca-Cola announced they'll be pouring 20 million pounds into an anti-obesity fitness programme in the UK you can imagine the reaction. But should we really be so scathing?

You read it right. As of yesterday, the biggest producer of SUGARY FIZZY DRINKS in the WORLD has teamed up with UK Active to help us fat, Coke-guzzling Brits get healthy. The new the fitness programme dubbed, Coca-Cola Zero Parklives, plans to offer thousands of free sessions and coaching for families in over 70 parks across England.

So far so confused. Since the announcement, nutrition campaigners have been up in arms, even calling the campaign "obscene".

Dr Aseem Malhotra, cardiologist and science director for the Action on Sugar campaign group, told The Daily Telegraph: "I think this is a really disingenuous stunt. They are trying to deflect attention from their own part in creating an obesity epidemic, which has been fuelled almost entirely by rising calorie consumption."

Since fizzy drinks and fruit juices have received such negative attention from health authorities and the media due to their high sugar content, it is hardly surprising that Coca-Cola want to try clean up their image.

Just last month a report commissioned by the National Diet and Nutrition Survey found that children aged between 4 and 18 months are consuming around 40% more sugar than is recommended. They also suggested that drinks like Coca-Cola contributed to 30% of sugar intake of those aged between 11 and 18 despite Coca-Cola saying their UK sales are made up of 40% zero calorie drinks.

But, and it's a big but, while Coca-Cola is packed full of sugar (the stuff can clean toilets for goodness sake), and even Diet Coke can lead to weight gain, we're the ones who choose whether to consume it or not.

No-one from Coca-Cola is going out there and forcing you to buy their products. We buy them because they taste so damn good and it's the only thing that can ward of a particularly bad hangover. Personally, I don't buy Coke because I think it's healthy. I'd like to believe no-one else is that stupid either.

So aside from the health professionals, here's what general public had to say about the new initiative:

Going to be lots of whiners but I say kudos to Coke for its anti obesity drive. http://t.co/JNIRov2UD5

Coke are set to launch free fitness classes in parks across the UK. Should this type of promotion be allowed given the conflict or interest?

Coke and fitness sounds a strange to me but I love the idea. Coke launches free fitness classes http://t.co/PfDpHY0sC8

So if Coca-Cola want to rid their conscience and offer FREE fitness classes around the UK, I'll be there and take it. Yes it's hypocritical and a rather obvious marketing ploy but it's a hell of a lot more than other companies are going to do for you. And at the end of the day and in these hard times we face, you should never turn down sh*t if it's free.​

What do you think of Coke's controversial move? Tweet us at @sofeminineUK and join the debate.