by Pascale Day Published on 7 January 2016 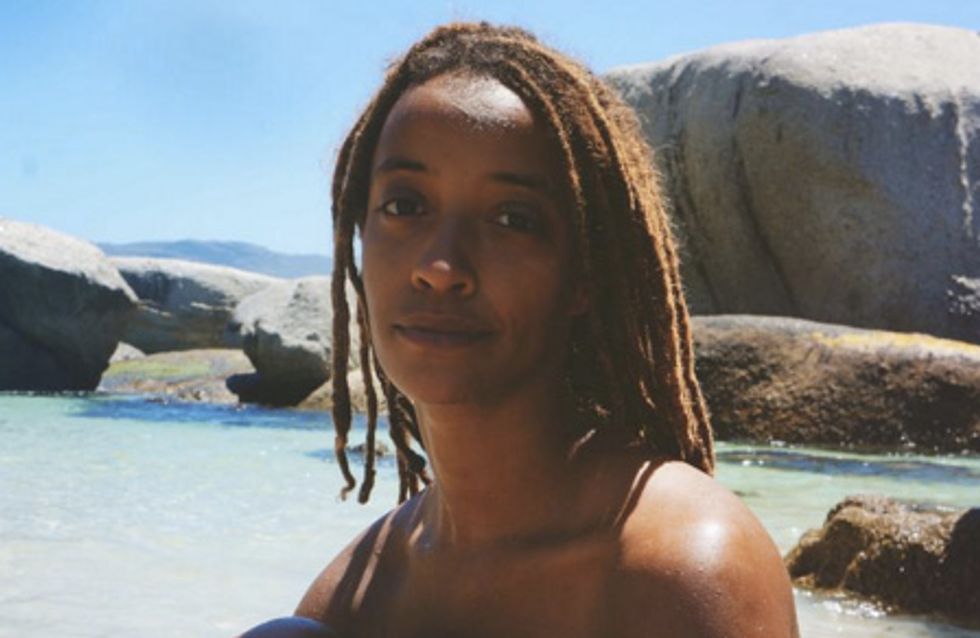 Amber Amour is a 27-year-old woman from New York. Whilst on a trip to Cape Town, South Africa with her 'Stop Rape. Educate' campaign, she was raped in a the shower of a hostel. In the immediate aftermath of the rape, she took to Instagram to post pictures of the aftermath and write about her experience as it happened in order to encourage those who are victims of sexual assault to "speak up".

In a cruel twist of fate whilst touring with her anti-rape campaign in South Africa, often dubbed "the rape capital of the world", activist Amber Armour found herself confronted with the exact thing she was campaigning against. Amber says that she was attacked by a man named Shakir after she agreed to take a shower with him. She stated on her Instagram that she and Shakir has kissed once before, but on this occasion he seemed drunk and so she told him it was bad timing. As she went to speak to another of her friends in the hostel she was visiting, Shakir mentioned he was taking a shower and asked her to join. Tired of the cold shower at her own hostel making her sick, she said yes, just to have a hot shower. But, as soon as she was in the shower, Shakir forced himself upon her and raped her before she passed out.

It was only a few minutes ago but sometimes these things happen so fast it's hard to remember all the details.... I've been sick for the past 2 days and today was my first day out. I went back to my old hostel to leave a note for a friend, Nick. There was another guy there, Shakir, who was desperately trying to get with me. I kissed him once but he seemed drunk so I told him it was bad timing, I had already met someone. Before heading out, I went upstairs to say hi to one more friend, Clyde from the states. Shakir followed me upstairs and said he was going to take a shower. He invited me to join. I said yes because the water at my current hostel is pretty cold and after 2 days of being sick, I just really wanted a hot shower. As soon as I got in the bathroom, he forced me to my knees. I said "stop!" but he just got more violent. He lifted me up and put his penis in my vagina. I asked him to stop, again, as I began to cry. When he shoved it in my ass, that's when I passed out. I woke up a few minutes later and saw him trying to creep out the door. When he saw that I was awake, he came back to finish me off in the shower. I have all those fucked up feelings that we get after rape...shame, disgust, suffering. I'm here, alone, and any DNA has been wiped away in the shower. The South African police will just roll their eyes when I walk in. Feeling sicker than ever now. Needless today, I'm going to disappear for a bit. Just need to enjoy the freaking sun and call my friends and family in the states. Love you guys. Thank you for always being there for me. All the more reason to continue @stoprapeeducate but not today. Today, I need rest. #StopRapeEducate

Sadly this is not the first time Amber has experienced such sexual abuse. She was first sexually assaulted age 12. Then, at 24, she was sexually assaulted by her room mate in New York - an experience that tainted her feelings towards the police. In an interview with Marie Claire, she said: "​I'll never forget calling 911 and reporting my assault - only for eight male officers to turn up at my door. I was like, 'OK, I said the rapist wasn't here, so I don't need eight of you, and at least send one woman, please?' I don't think they realised how traumatic it is for a survivor...One of the officers asked me if I was 'sure' that my rapist had known I meant no. 'Maybe he thought you meant yes,' he said."

Amber didn't find this to be satisfactory response to rape, so she took to the streets - literally. She began doing chalk art that spread her anti-rape message all over New York. Soon she began amassing a social media following of women who had faced similar troubles. This encouraged her to start organising events in order to educate men, women and children about rape: rape culture, victim blaming, slut shaming and so on. Soon, her campaign began taking her to different parts of the world on a tour, which is how she arrived in Cape Town around the halfway mark.

Soon after arriving, this terrible thing happened. But she knew that she simply couldn't keep this a secret: "Here I was, telling survivors every single day that they should speak up... I had to practice what I preached." And so the first thing Amber did was take a picture, a picture of her crying, and posted it on Instagram with a vivid description on what had just happened.

My view of the rape kit. Thank you all for being so loving & supportive during this time. Your messages pushed me to take action and to stand up for myself and for all rape survivors. For those who wish to BLAME ME or any other survivor out there, I want you to know that you are the very reason that I am so brutally honest. I could have hidden details. I could have kept some info to myself, but NO. You need to know the truth and to see the reality of the situation. No matter what a person does, it is not an invitation for rape. It doesn't matter if I kissed him. It doesn't matter if he was drunk. It doesn't matter if I said yes to a shower. I never said he could get violent with me. I never said he could make me bleed. I never said he could rape me. But still, that's how the scene went down. I don't need to explain myself but if you're wondering WHY I took a shower with him, it was written in the text, I'd been sick with food poisoning for 2 days and needed to sweat it out. My current place of residence has only cold water (third world problems are real!) and it seemed like a miracle to be offered a hot shower. That's not what he was there for though, because as soon as he got a chance, he threw me to the ground and had his way. Dealing with rape is hard enough but the aftermath is often even more traumatic but I did this for you and I did this for me. The US Embassy and the South African police are super supportive and he may be arrested as soon as this week. Thank you for the love. And for the victim blamers, I send love, peace, and enlightenment to you so that you may be a beacon of light for us, too. #StopRapeEducate #AmberAmour #AmberTheActivist #SouthAfrica #humanitarian #healing #education #africa #survivor #sexualassault #recovery #victimblaming #overcome #rapeculture #staystrong

Amber receieved such strong support on social media she decided to go to the police. Following the first photo, she later posted a follow up of the rape kit being used on her in hospital, with another message which thanked some people and berated others who had attempted to shame her for agreeing to the shower. About a week after the attack, she Instagrammed screenshots of some of the abusive comments she had received in an attempt to highlight the culture of victim shaming.

Victim-blaming 101: Accusing & bullying someone who just experienced a traumatic event adds to their distress. This is why many survivors don't speak up. This is just one of many of the disgusting comments I've been getting. I'll be exposing more victimblamers in my upcoming posts. 🌾☀️🌾 #StopRapeEducate #rapeculture #victimblaming #humanrights #healing #recovery #notaskingforit #feminism #feminist #consent #support #education #awareness #heforshe #yesallwomen #itsonus #realtalk

These comments show exactly why we need a campaign like 'Stop Rape. Educate', in order to disperse the ignorance that currently surrounds sexual assault. She has also started a new campaign called "Creating Consent Culture" that she hopes will be mainstreamed by the end of this year. In the meantime we hope that Amber is able to continue her tour.

I posted this picture in September 2015, before getting raped on the #StopRapeEducate World Tour. I thought this message was worthy of a repost in the name of @creatingconsentculture ⭐️ As much as I want to feel strong and happy about the new year, I've been feeling a little sick and triggered since I came back to Cape Town on January 1st to help with the police investigation. I think I'll feel better when I leave for Namibia this Thursday... 🌺 I'd like to remind everyone that every survivor has their own way of coping. I feel different everyday. Just because I focus on healing doesn't mean I'm not sad. That's precisely WHY I am working on feeling better. I only say this because it's time we stop painting pictures of what trauma survivors look like. Let's accept everyone and their own unique healing methods. As long as it's helpful, that's all that matters! 🔥🔥🔥🔥🔥🔥🔥🔥🔥🔥🔥🔥🔥🔥 #supportsurvivors #heforshe #girlpower #yesallwomen #humanrights #feminism #feminist #peace #peaceandlove #allmencan #makeadifference #bethechange #amberamour #ambertheactivist #bodypositive #lgbt #lgbtq #queer #hippiechick #namaste #effyourbeautystandards #peaceonearth #notaskingforit #peace #love #CreatingConsentCulture #consentculture #HealingWithAmber

Are you a follower of Amber's 'Stop Rape. Educate' campaign? Let us know: @sofeminineUK