by the editorial team Published on 1 July 2014 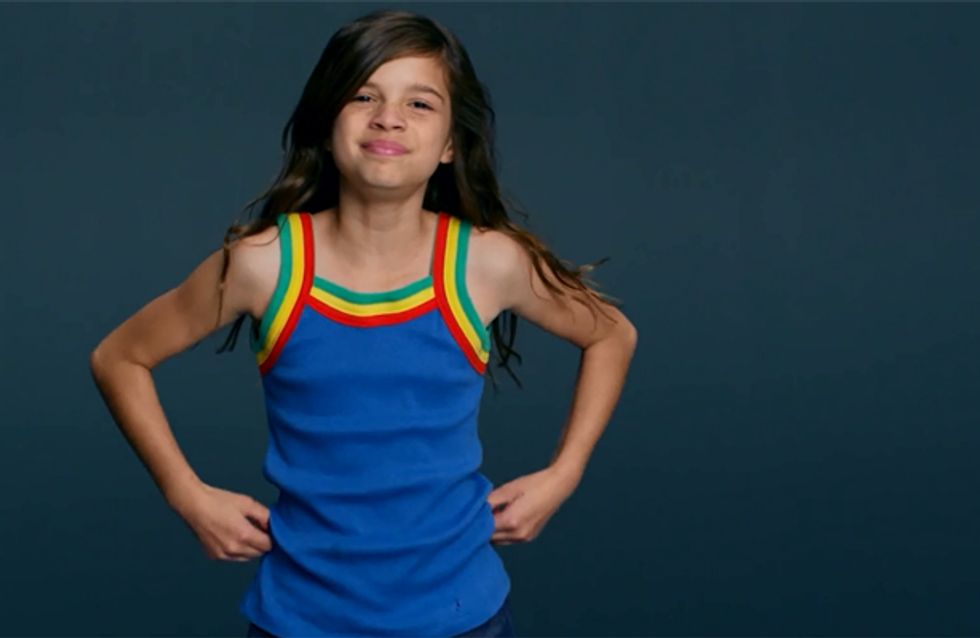 Most sanitary pad adverts are totally cringeworthy, with their obnoxiously smiley actors and blue liquid tests. So, Always has taken a different route with their recent viral ad campaign: tackle an issue that young women face when they hit puberty. Check out the video that breaks gender stereotypes in half and shows that girls can be as confident and successful as they want to be!

We've all heard the phrase "You ____ like a girl!" Some of us may have been insulted, but others probably thought nothing of it. Take a moment to think what those words (and the implication that girls are naturally slow, clumsy and weak) do to a young girl trying to find herself. Not good, right?

Feminine product company Always has decided that they're going to break down this phrase in their newest ad campaign, #LikeAGirl. Check it out!

No matter if this phrase is used as an insult to a guy or a girl, it is still demeaning to women and basically says, "You naturally can't succeed, no matter how hard you try." Thank you, Always, for making a video that says that is absolutely NOT TRUE.

Have you ever used the words "like a girl"? What do you think of the video? Tweet us @sofeminineUK with #LikeAGirl and let us know!

Watch What Happens When Strangers Slap Each Other

10 Videos To Restore Your Faith In Humanity!