by Tolani Shoneye Published on 14 September 2015 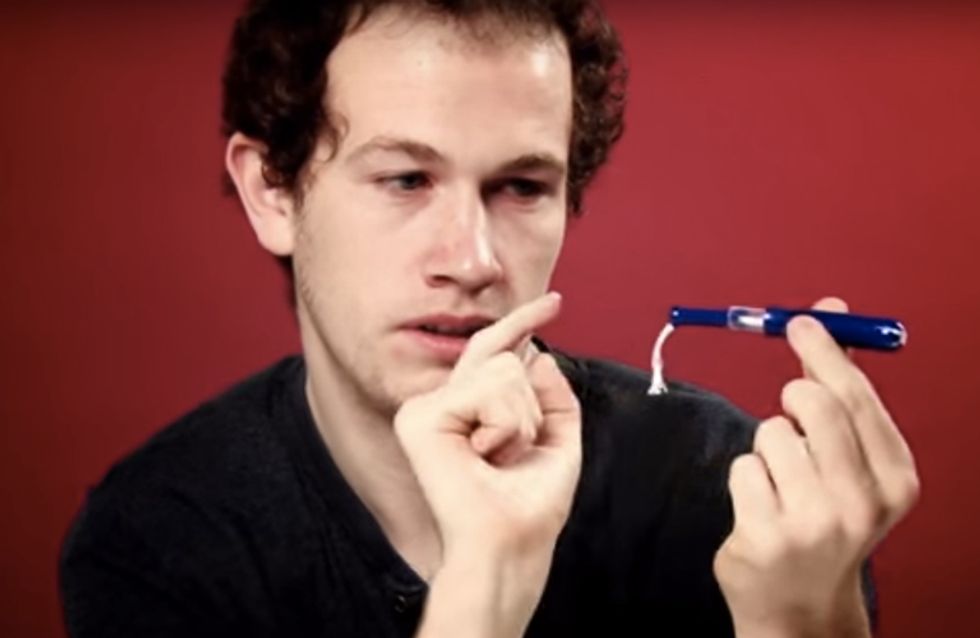 In a video that is both hilarious and a little depressing, we watch four men attempt to explain the form and function of various feminine hygiene products. We're talking tampons and maxi pads.

While entertaining, this video by Facts, proves that men are a lot more clueless than we had originally thought when it comes to periods. The simple pads confuse the hell out of these men. One of the men actually believed you stuck a sanitary pad on your body, rather than your underwear... true story.

Sure, we don't expect men to know the ins and outs of periods, but the lack of knowledge in this video shows that more needs to be done in terms of education. It's disappointing to see how clueless men are when it comes to something that impacts almost every woman, once a month for much of their adult lives.

And you might argue that guys don't need to know how to wear a pad or insert a tampon, but a little awareness and willingness to be educated on the matter is sure to help the unnecessary stigma against menstruation.

Do better next time lads.

What do you think, should men know more about periods? Tweet us @sofeminineUK

This Photographer Captures The Beauty Of A Mum's Body Scars & All

17 Of The Most Amazing Things About Being A Woman
​