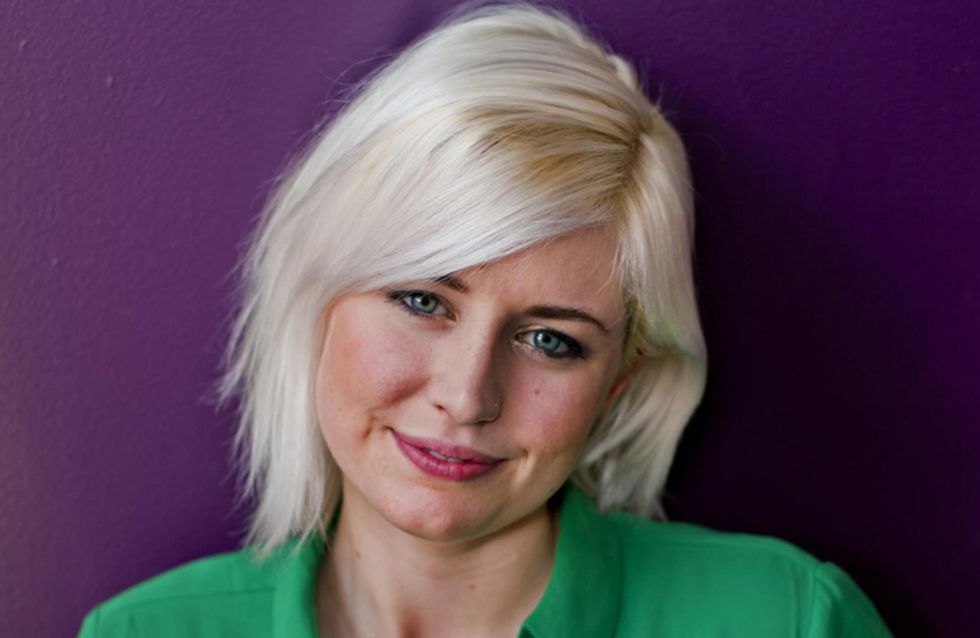 Emily Letts documented her abortion and nearly broke the Internet. The responses that followed proved that despite abortion being a common, safe, and relatively quick procedure, people are afraid to talk about it or misunderstand it. Charlotte Taft, the Director of the Abortion Care Network in America, explains why abortions need to be normalized and why the stigmatization of women needs to end.

Two weeks ago the Internet went nuts when Emily Letts, a 25-year-old abortion counselor at the Women’s Center in Cherry Hill, NJ, made a video that both angered and inspired many people. She documented her own abortion and, SHOCKER, it was a positive experience.

The video is the winner of a stigma-busting competition sponsored by the Abortion Care Network and the 1-in-3 Campaign. Due to the insane amount of verbal abuse thrown her way, comments are now disabled on the video.

​"We really didn't anticipate that this was going to go viral," Charlotte Taft, the Director of the ACN, insists. "I think when she put it on YouTube that's when people really started seeing it and reacting to it."

​If you've followed the story, you know that Emily has had to deal with the worst kind of hate, from people claiming she's a murderer to others - ironically - wishing death on her.

Taft says, "I've been in the field of abortion pretty much all my life," so she has a strong stomach for anti-abortionists and focuses on the positive impact. "The most important piece is that [the video] has raised a lot of conversation. Women and men may be talking about their experiences in a way they hadn't before."

And that's the problem with abortion today. In the UK, nearly 200,000 women have the procedure done each year, but those patients are afraid to talk about it. Certainly in America, "People spend millions of dollars to make you feel bad," Taft explains. "And when you feel bad enough, you stay quiet...and then it looks like the only people who are speaking are the women who regret their abortions."

Taft is devoted to telling women who have abortions that they are good women who made the best choice for themselves, not the murderers others say they are. ​She believes that the anti-abortionists "trivialise" the factors that lead women to choose abortion, such as being too young to provide a suitable home, lack of support when the father disappears, and having multiple children already.

And, sadly, those anti-abortionists are "exactly the same politicians who vote against childcare, unemployment benefits, housing benefits, and birth control!"

So when someone like Emily decides to have an abortion and shows herself smiling and confident in her decision to do so, the anti-abortionists struggle to fit that image into their view that women who have the procedure should hate themselves and be ravaged with guilt.

Emily showed the world that abortion can be a positive decision with a positive outcome. It doesn't have to be a shameful secret.

​Taft began heading the Abortion Care Network in 2009 - a non-profit that links independent abortion clinics and allies. Her passion for a women's right to choose is infectious and she considers it her calling to "help make women feel whole."

I was eager to ask her how pro-choicers like me could "de-stigmatize" abortion in every day life. Here's how you can take action:

Be an Abortion Escort

On the weekends, anti-abortionists like to spend their mornings screaming at women walking into abortion clinics. The hostile environment makes it incredibly difficult for those women to even get out of their cars. As an abortion escort, you would take the arms of those women and give them strength to walk past protesters to their appointments.

Taft urges pro-choicers to donate money to clinics, non-profits, and politicians who are working hard to create safe access to abortion for women who need it.

An abortion doesn't to be something we never talk about. Women and men should share their stories with each other.

Do you think it's possible to have a positive abortion? Tweet us @sofeminineUK