Home / Women in Focus / Key debates / The End Of FGM And Child Forced Marriage: What Every Woman Needs To Know About The Girl Summit

The End Of FGM And Child Forced Marriage: What Every Woman Needs To Know About The Girl Summit 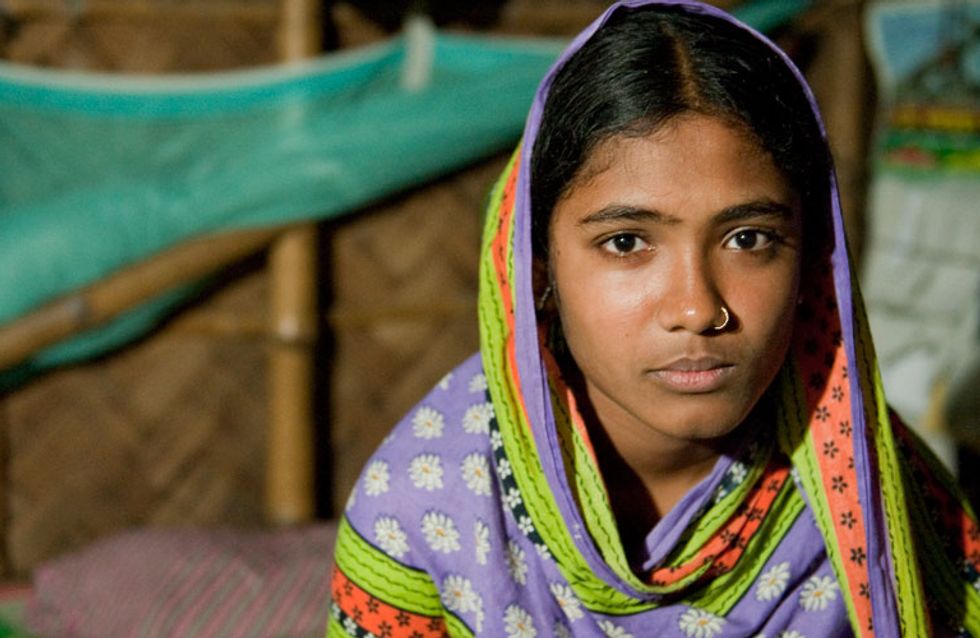 Sometimes events happen that are so awful they seem more like the plot of a twisted horror story than real life. For millions of girls facing the threat of FGM and forced child marriage, that horror story is their daily reality. Yesterday, as part of the UK’s first Girl Summit, activists, politicians and charities came together to pledge to stop them once and for all. Here’s why you need to know about it…

You read so many misleading, sensationalist statistics every day that sometimes you can feel numbed by them. I know I have (more often than I would care to admit) ignored them - because really just how many battles can you choose to fight?

However, the figure that an estimated 137,000 girls living in the UK have been victims of FGM, and a further 60,000 are still at risk is one that hits particularly hard. 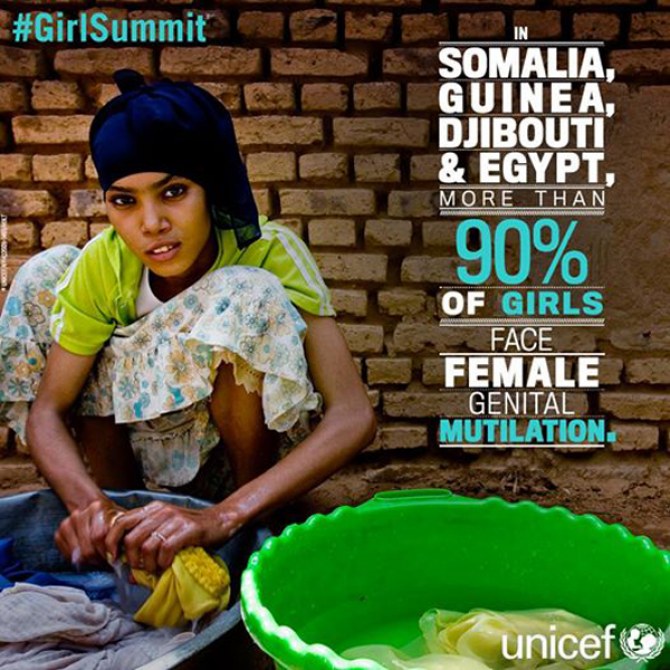 A few years ago when I first heard of FGM, I had no previous idea that it existed. Like many people living in the UK, the concept that this could even happen, let alone was happening here at home, was simply not something I could have contemplated. The disbelief that I felt, and many others share, is why the events at yesterday's Girl Summit are so important.

The Summit, organised by the UK Government and UNICEF saw David Cameron, Nick Clegg, Theresa May, Malala Yousufzai, Youth For Change, and other activists and societies come together to generate ideas on how to stop them within the next generation.

FGM and child marriage are not just ‘traditions’ that should be left to the communities that practice them. They are forms of power and abuse on a global scale. The fact that the estimated figures published by The City University London and Equality Now have doubled is a very real reminder that ignoring a problem cannot be the answer.

Executive Director of Unicef, Anthony Lake told the Daily Mail: “The numbers tell us we must accelerate our efforts. And let’s not forget that these numbers represent real lives. While these are problems of a global scale, the solutions must be local, driven by communities, families and girls themselves to change mindsets and break the cycles that perpetuate FGM and child marriage," Lake said. "We can’t let the staggering numbers numb us – they must compel us to act." 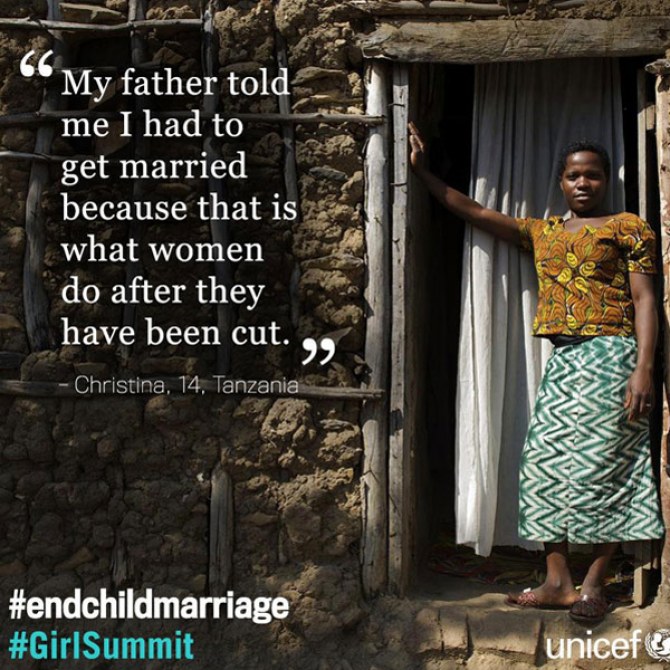 Although the practise varies, on the whole FGM is the partial or complete removal of the clitoris, sometimes with the removal of the inner and outer labia too, which is then sewn back together to form a smaller, matchstick sized hole.

It almost goes without saying that the consequences of this horrific practice are bleak. Most cases are performed abroad in unsanitary conditions, with razor blades or blunt knives; it has been documented that victims of cutting have been sewn back together with twigs – all without anesthetic.

Problems that arise from FGM afterwards are severe, from the obvious psychological trauma, shock, loss of blood and infection, issues carry on throughout the victims’ life leading to difficulty having periods, passing water, having sex and often most dangerously of all – childbirth.

To get a better understanding, today a short and intimate, survivor-led account of life with FGM entitled Female Genital Mutilation: A Change Has Begun was released. You can watch the whole thing below.

Female Genital Mutilation - A Change Has Begun from Spirited Pictures on Vimeo.

Although FGM has been illegal in the UK since 1985, the unnerving thing is that only this year has someone been prosecuted.​ The positives to be taken from this horrific situation is that momentum is building. Opinions are changing and governments and communities are starting to bring about real change.

Speaking at the summit yesterday, David Cameron said: “These practices are just simply a violation of girls rights. When we think of the great development challenges that we face of eradicating poverty, of dealing with diseases (Malaria, TB , Polio), this ranks alongside that in terms of the scale that we face and in terms of the scale of the ambition we that need to defeat it.

“I would argue that we that we are dealing with a preventable evil. This does not have to happen, and with the right combination of effort, political will and hard work, we can achieve what we have set out to achieve."

As of this week, we now have FGM laws that will mean parents who turn a blind eye to FGM will be prosecuted here in the UK. New legislation has been made to grant victims of FGM lifelong anonymity from the time an allegation is made, as well as this it has been made mandatory for health, educational and social work professionals to report known FGM cases. On top of it all, the Government has announced a £1.4 million National FGM Prevention Programme and an additional £60 thousand additional funding for the FM helpline run by Karma Nirvana.

We're yet to see if these measures will work but continuing the conversation is a major start. So if you want to share your voice, pledge your support on the Girl Summit website and by using the hashtag #girlsummit. Watch their Instagram video below.

FGM: The Government Finally Fights Back Against Female Genital Mutilation