This Man Tried To Defend Cat Calling And Was Utterly Destroyed

by Emmy Griffiths Published on 3 November 2014 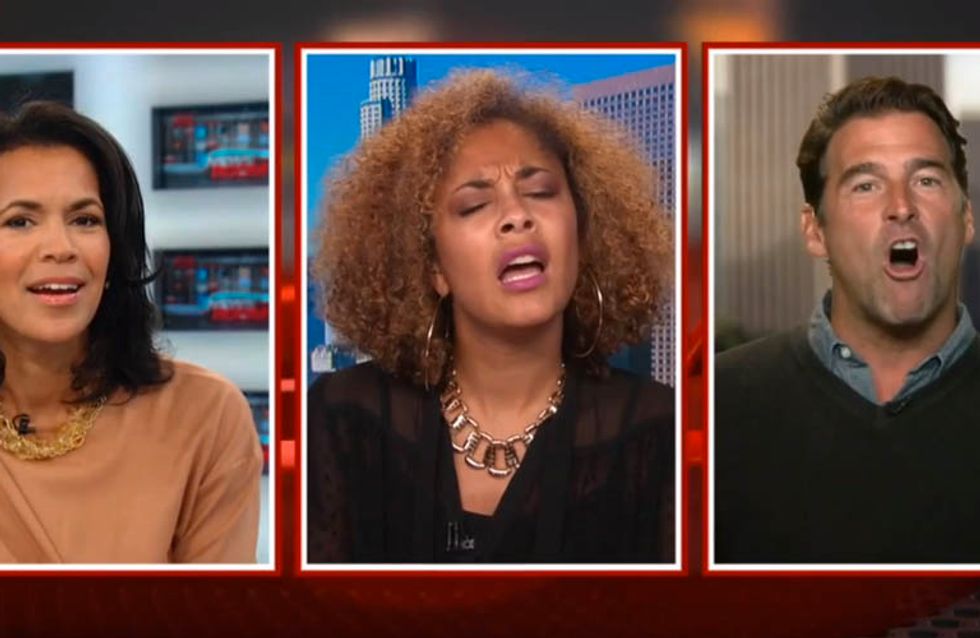 After the video of a girl walking through NYC for ten hours and receiving an abundance of cat calls and wolf whistles went viral last week, CNN brought in author of Code of Honor Steven Santagati to discuss his pro perspective on cat calling. Needless to say, the man is shut. Down.

Steven took the stance that catcalling on the street ought to be seen as a compliment, whilst comedian Amanda Seales pointed out that, shockingly, women don’t actually enjoy being yelled at whilst they're just trying to make their way somewhere.

At the beginning of the interview, focused on the reaction from this video, Steven stated: “I’m more of an expert than you because I’m a guy, and I know how they think" Mmmkay Steve. And so it begins.

He then proceeded to inform CNN presenter Fredricka Whitfield and Amanda all about how women feel about the catcalling, saying: “You would not care if all these guys were hot…There’s a nothing more than a woman loves more than how pretty she is.”

After arguing that NYC is particularly bad for women as you travel much more by foot as you would in other cities, Steven's response was: “No one is holding a gun to your head telling you you need to live in NYC.”

Naturally his comments, including telling women to stand up for themselves and that men who catcall are a product of their upbringing, were met with incredulity (and laughter) from the women sets himself up for a MAJOR fall.

Amanda said: “If we’re saying we don’t like it, and we are demonstrating that, then you should actually, as a man of honour,…should be saying well let’s talk about how we can make you more comfortable.

“When we leave the house we are not looking compliments…we are actually just going where we’re going.” Check out the video here:

It's not looking like Steven would be converting anytime soon, but what do you think? Does he have a point, or is he hilariously mistaken? Tweet us @sofeminineUK

​The Top 10 Feminist Books You HAVE To Read