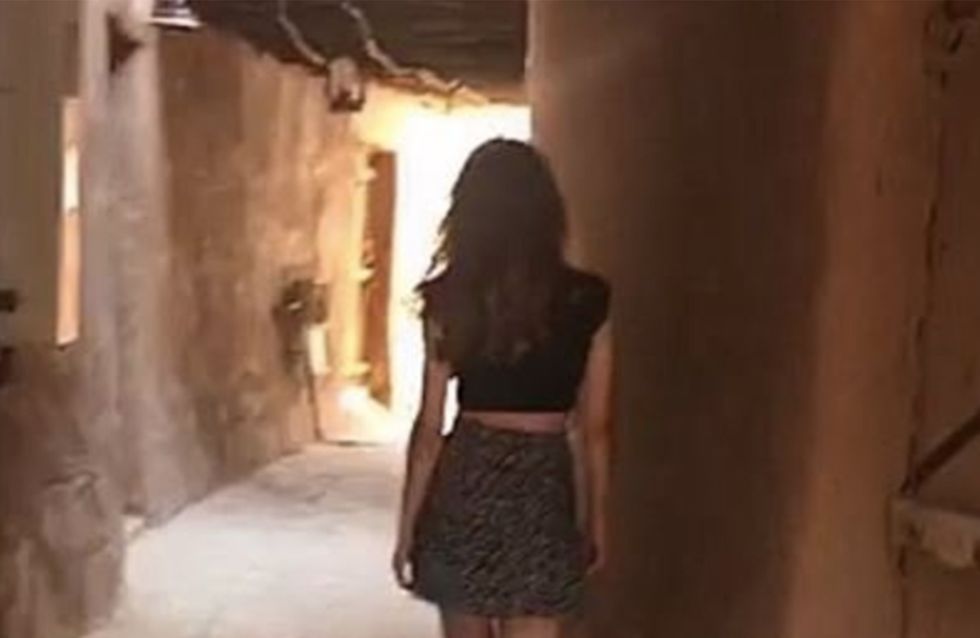 A Saudi woman recently posted a video of herself on Snapchat, appearing to break the country's strict dress code. The young woman - who is reportedly a model - was filmed walking around a historic fort in Ushayqir wearing a mini skirt and a crop top and now religious authorities are calling for her arrest.

A clip of a young woman walking around a historic fort in Ushayqir village, Saudi Arabia, is causing a bit of a stir. The reason? She's wearing a mini skirt.

The Snapchat footage is six seconds long and sees the young woman, reportedly a model named Khulood, walking in the Najd province, which is known for being highly religious and conservative.

Since the video was shared, it's sparked fierce debate on Twitter among Saudis and journalists, some of which are calling for the woman to be arrested for breaking the country's strict dress code. Others, however, are praising her for her bravery and insisting she should be allowed to wear what she wants.

According to the BBC, one journalist said: "The return of the Haia [religious police] here is a must" while another user argued: "We should respect the laws of the country. In France, the niqab [face covering veil] is banned and women are fined if they wear it. In Saudi Arabia, wearing abayas [loose fitting clothing] and modest clothing is part of of the kingdom's laws."

Some defended the model's choice of clothing and cited Donald Trump's wife Melania and daughter Ivanka as examples of women who had also chosen not wear abayas.

Fatima al-Issa tweeted in Arabic: "If she were a foreigner, they would sing about the beauty of her waist and the enchantment of her eyes… But because she is Saudi they are calling for her arrest."

Saudi's religious police, the Committee for the Promotion of Virtue and the Prevention of Vice, tweeted that it was aware of the video and is in contact with the relevant authorities.

What do you think? Is this woman brave for breaking the rules, or disrespectful? Tweet us @soFeminineUK