by Ursula Dewey Published on 24 January 2014 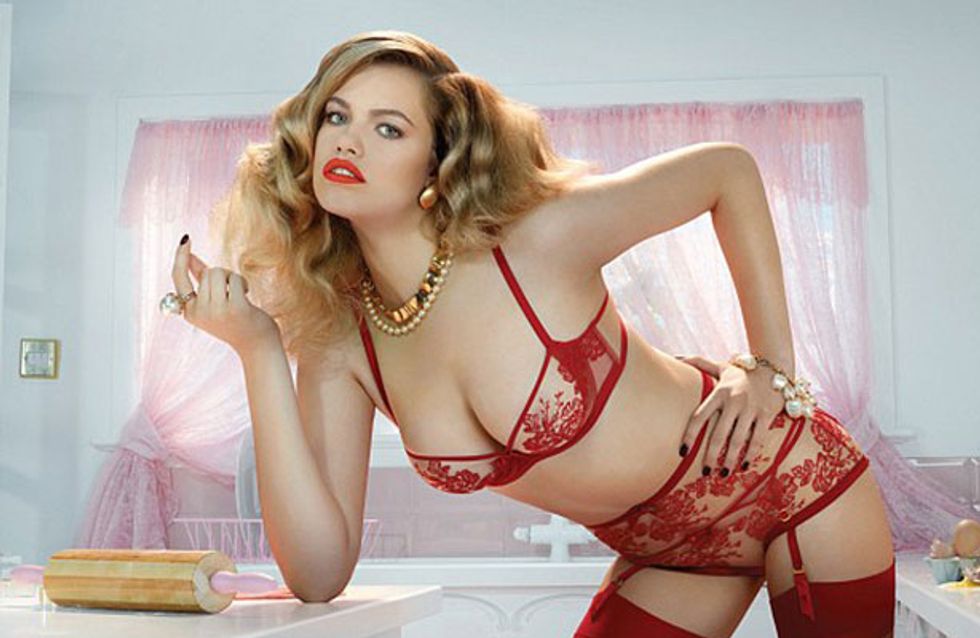 Washing-up, hoovering, baking, mopping or simply thinking about what to make your man for dinner; just some of the things the new Agent Provocateur girl does in her undies. While lingerie should be about living out your fantasies, Agent Provocateur's latest campaign has taken it to the next level, shooting model Hailey Clauson in a variety of Stepford Wives scenarios.

Whether you think the latest campaign from Agent Provocateur is sexy or sexist, there's no denying that it's hella hot. Their latest shoot has got men and women raising their eyebrows in a 'oh so they went there' kinda way.

Never ones to shy away from controversy (clue is in the name), AP have embraced all kinds of fifties housewives stereotypes bringing Hailey Clauson to life as a real-world pin up.

Her vision was to toy with the idea that the perfect woman should be "a lady in the street and a wildcat in the bedroom."

Whether these pics challenge that idea or re-inforce it is up to you to decide.

Shotton has described the collection for spring/summer 2014 as 'schizophrenic' in nature.

She said: "The campaign embodies my inspiration for SS14, the pristine and glossy 1950's housewife. I was interested in the irony behind the idea of the "perfect" woman, unfazed by the everyday pressures of life."

"It's a fantasy of silk and lace in the modern day world."​

With this kinda lingerie fantasy coming to life in the kitchen we're just about ready for Mad Men to return to our screens! 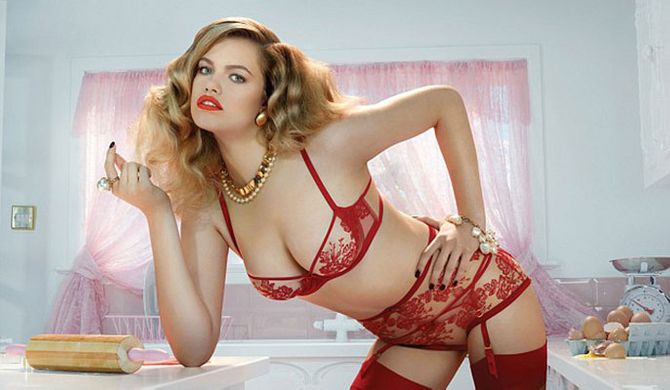 Heart the new Agent Provocateur collection? What do you think of their campaign? Tweet us @sofeminineUK

by Ursula Dewey
For all the best videos, memes and shareable news!