by Emmy Griffiths Published on 29 September 2014 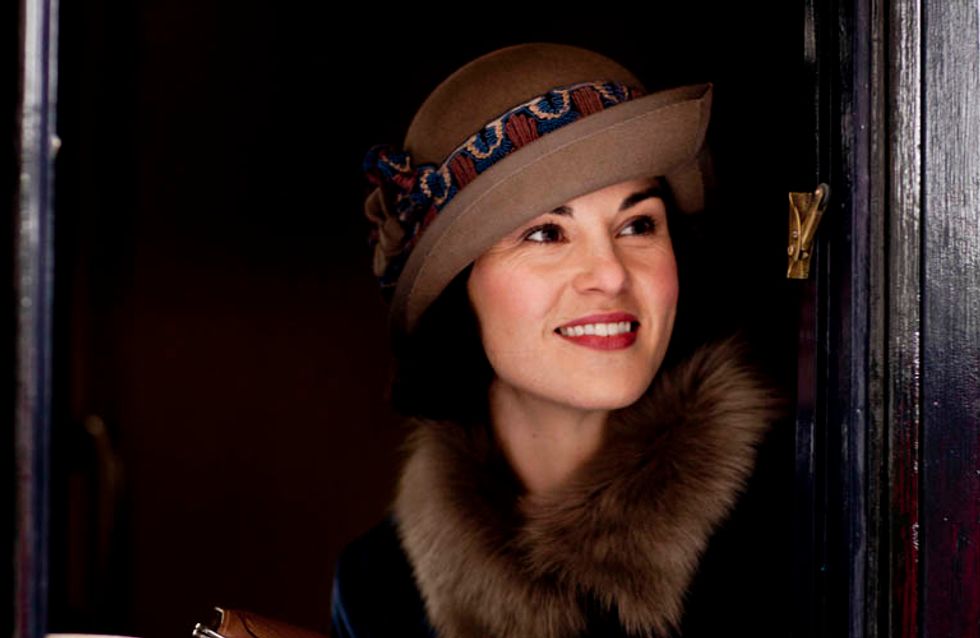 From last week's boring premiere to this week's marginally more interesting episode, it looks like season 5 of Downton Abbey is starting to find it's feet. By mid-season it will be TOP notch, guaranteed. But in the meantime, here are our favourite moments from a pretty standard yet fun episode of everyone's favourite period drama...

Come on Tom, was telling everyone about Baxter really necessary?! Poor Mr Moseley. Just when you get used to him looking somewhat happy, he gets shot down to looking his usual slightly bewildered and vaguely unhappy self again. This is why you have no friends so you can stop miserably smoking by the fireplace feeling all lonely already.

A man comes to see a painting

In an interesting plot twist for Downton Abbey, a posh man visits to view a painting. But since he looks creepy and seems to be hitting on Cora, we wonder if there could be more to this oh-so-interesting plot line. Could an affair be on the cards for Downton’s most nasal resident?

Jimmy leaves and no one especially cares that much, except Thomas of course. Although Thomas is a bitter fellow, maybe all he needs is someone to love. Is he ever going to find a sexy yet caring partner who doesn’t try to have him arrested when he goes in for a kiss? We hope so!

Lady Edith managed to keep her out-of-wedlock child a secret, and yet goes to see her everyday, tells everyone she’s paying for her education and is determined to help raise her. So why does NO ONE bat an eyelid? Except the dashing fireman’s wife of course, who we get the feeling will not be accommodating to Marigold’s birth mother.

King on the wireless

“Why’s it called a wireless when there’s so many wires?” Kitchen assistant Daisy: asking the big questions. Upstairs and downstairs gathered to listen to the radio, and there was some fun ‘it’s just a phase’ talk that we could all smugly giggle at. Oh you 1920s kids!

Mary rubs it in

When Mary said to her potential suitor Charles: “But I hope you’ll be happy for me. If it is Tony in the end”, then did a smug smile and giggle to herself, if we were Charles Blake we would have walked straight out of the room and gone and proposed to Edith, because that was SO annoying and harsh. Ugh, Mary.

Lord Grantham continues to be a big ole’ grouchy pants

Unhappy that Tom’s new girl BFF is being invited to dinner, unhappy that Tom might leave and take their granddaughter with him despite Tom never having suggested doing such a thing, unhappy that Carson doesn’t want the war monument to be in the village, we miss Lord Grantham when he was the loveable Lord of the Manor and not just an old sour grapes.

“There’s a simple one. We’ll go down to Church Street for a scrumptious dinner. After which, we’ll come back here-“

This must have been the most organised booty call EVER.

Did anyone really think Mr Bates could potentially shove a Valet under a bus and get away with it? Although we really don’t want to see Bates back in the slammer, mostly because that storyline was stupidly dull, we’re glad that his casual murder didn't take place without any consequences. Mr Bates needs to learn you can’t just push people under buses, not matter what they do.

Did you love it or hate it? Tell us about it @sofeminineUK!