Pick Of The Flicks: The 10 Best Outdoor Summer Cinemas 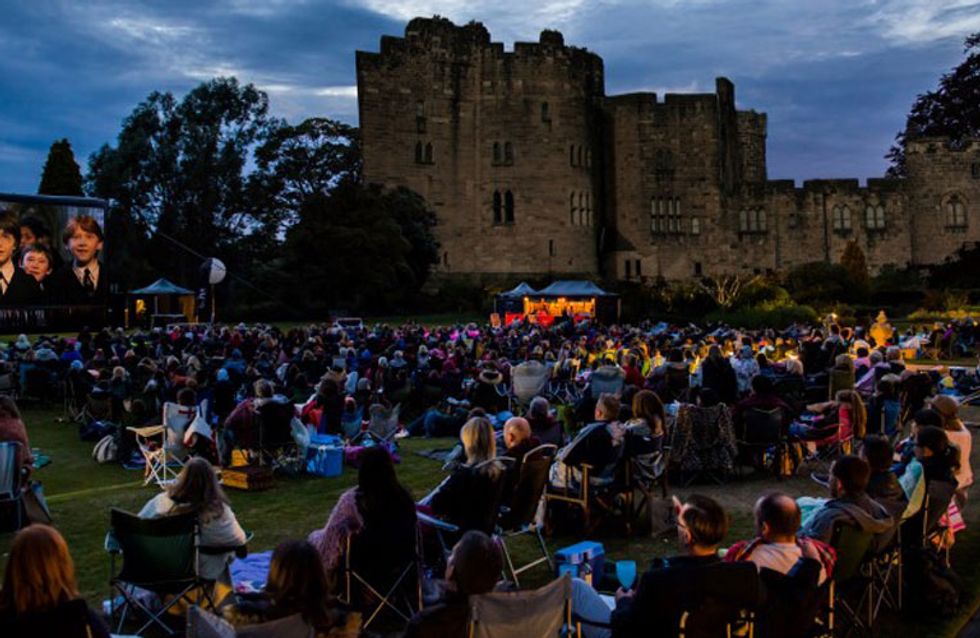 Brits are far from blessed with a scorching summer but on the rare occasion when the weather does decide to stop raining on our parade, literally, there's nothing better than basking in the heat with your favourite summer cocktail in hand. Throw your favourite film into the mix and you've got the recipe for the perfect alfresco afternoon. With this in mind, we've handpicked 10 of the best outdoor cinemas across the country. Popcorn and Pimm's at the ready.

The Neoclassical arts and cultural centre boasts a stunning courtyard which makes way for posh-picnic types aplenty every August. And while the stunning setting is a must-Instagram opportunity, Film4's latest schedule is also something worth bragging about as it includes everything from cult classics (10 Things I Hate About You and Transpotting) to absolute newcomer - Things To Come, Julieta and Captain Fantastic all premiere here.

Whoever said, 'it's grim up North' clearly didn't have the pleasure of visiting this hidden gem. Tucked away in the depths of the endless Northumberland countryside, this Luna Cinema outpost will transport you to Hogwarts itself if you choose Harry Potter and the Philosopher's Stone as parts of the fantasy series were filmed in the grounds. Or there's Robin Hood: Prince Of Thieves for the kidults among us.

Soak up the sights of the capital's cute canal sides with a one way ticket down the long and winding waterway while one of the line-up's Another Country-themed films provides the soundtrack. Organisers are yet to release the schedule but if past years are anything to go by, you're going to want to jump onboard this 60ft barge.

Breathe in the undeniably photogenic London City skyline (and the capital's infamously smoggy air) while cuddled into your cinema companion on the One New Change roof terrace which overlooks St. Paul's Cathedral. The Luna Cinema are showing the original Zoolander and Die Hard films as well as recent Oscar-winner - The Big Short.

Fancy jiving along to Grease's anthems in the grounds of an old prison or being wooed by Romeo (Leonardo DiCaprio) himself in cathedral ruins? You can do just that thanks to the unconventional locations in which Cult Screens are popping up across the country. With the stellar roster boasting all the classics - Dirty Dancing, Back To The Future, Pulp Fiction to name a few - you're spoilt for choice.

Music lovers congregate in the heart of indie and punk rock's London home for Backyard Cinema's rock star-themed roster, featuring the late and great Prince (Purple Rain) and the legend that is Kurt Cobain (Montage of Heck). Camden's cobbled market provides the perfect setting to educate yourself on all things music legends and the presence of Honest Burgers means you won't go hungry.

If you missed out on Secret Cinema tickets this year, this water-based screening of American thriller Jaws is the next best thing to the all-out immersive experience. While your feet will be firmly on dry ground throughout, the serene surrounds of the Central London Royal Park will add an extra eerie feel to those edge-of-your-seat moments when the lights go out.

With your hamper in hand, head down (or up) to one of the Picnic Cinema's two outposts - Lytham Hall in Lancashire and Muncaster Castle in the Lake District. Both venues are showing David Bowie’s Labyrinth and The Rocky Horror Picture Show in impossibly Instagrammable settings. Fancy dress is encouraged and you can even camp onsite if you're down for that but you're warned to 'pack wisely, picnickers'.

It doesn't get much more 'East London' than kicking back in a striped deckchair on the roof of a Stratford multi-storey car park. Enter: Rooftop Film Club's Roof East. It's a little on the cosy side which makes it a perfect pick for a date date or a mate date and its line-up should satisfy even the fussiest of film buffs. With panoramic views over the Olympic Park, we can't promise you'll not be distracted by the sunset (and the proceeding Insta snapping).

Beach bunnies can watch the sun go down while the volume's cranked up for Star Wars: The Force Awakens, Romeo + Julliet, Back To The Future and Grease. Bask in a balmy evening's entertainment with fish and chips in one hand and an ice-cold beer in the other. Pack a blanket though, that sea wind can get wild.

Which one will you be visiting this summer? Let us know @soFeminineUK

QUIZ: Are You Nemo Or Dory?

Helen Turnbull
…
#film
From hair ideas to outifts, look no further for your daily inspiration